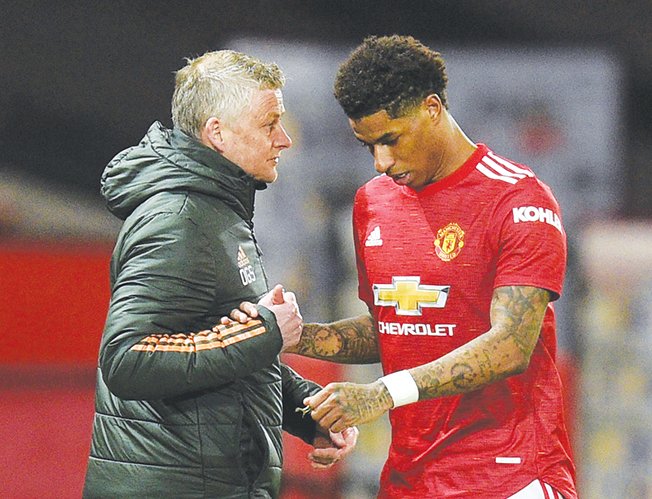 Ole Gunnar Solskjaer, who has lost four semi-finals as Man United manager, gets another chance against Roma in the Europa League

Having steered his side to four semi-finals, Ole Gunnar Solskjaer has not progressed past the last four in any cup competition as Manchester United coach, with his next chance to end that hoodoo against a team he has fond memories of facing.

Domestic progress has been made, with United in a strong position to finish second in the Premier League this season after coming sixth and third in the previous two campaigns. However, the trophy cabinet remains empty.

What is more frustrating for fans desperate for the club to clinch their first piece of silverware since the 2017 Europa League under Jose Mourinho is United keep getting so close.

Whether it be the two League Cup semi-final defeats to Manchester City, the one to Chelsea in the FA Cup last year, or the last-four Europa League loss to Sevilla shortly after, United have found a way to stumble at the last under Solskjaer.

Victory over Granada in this season’s last eight has given Solskjaer a fifth opportunity to go all the way to the final, with AS Roma the latest to try prolong the Norwegian’s agony.

But clashes with Roma elicit fond European memories for Solskjaer, as the Italian side were his last opponent as a player in Europe for United.

Having lost the first leg of the 2006-07 Champions League quarter-final 2-1 in Rome, United thrashed the Italians 7-1 in the return match, with Solskjaer coming on as a second-half substitute.

“I started the first leg, but can’t remember if I finished it because we played with 10 men and dug out a good result,” Solskjaer told a news conference on Wednesday.

“He (manager Sir Alex Ferguson) was confident we could go through but that night at Old Trafford was magical. We were on fire and showed what United can do.”

Solskjaer retired from playing at the end of that campaign, and began his career in coaching with United’s academy a year later.

Now, as his third season as United coach nears its end, the transition period is over and a prolonged trophy drought will not be tolerated.

Roma were comfortable in the Serie A top four at the turn of the year, but a run of one win in their last seven league matches means they have dropped to seventh, with pressure mounting on coach Paulo Fonseca.

“We definitely have a great chance to get through, we do have the better team,” former United defender Wes Brown, who also played in the 7-1 win, told Reuters.

“We have been knocked out in the semi finals the last few years – I just hope the lads have learned from that.

“Getting to a final is a hurdle they really need to get over. The lads are playing well and with the experience they have had in the past they can push on. It will be great for Ole, too.”

United have hit good form at the right time, losing only one of their last 21 matches in all competitions.