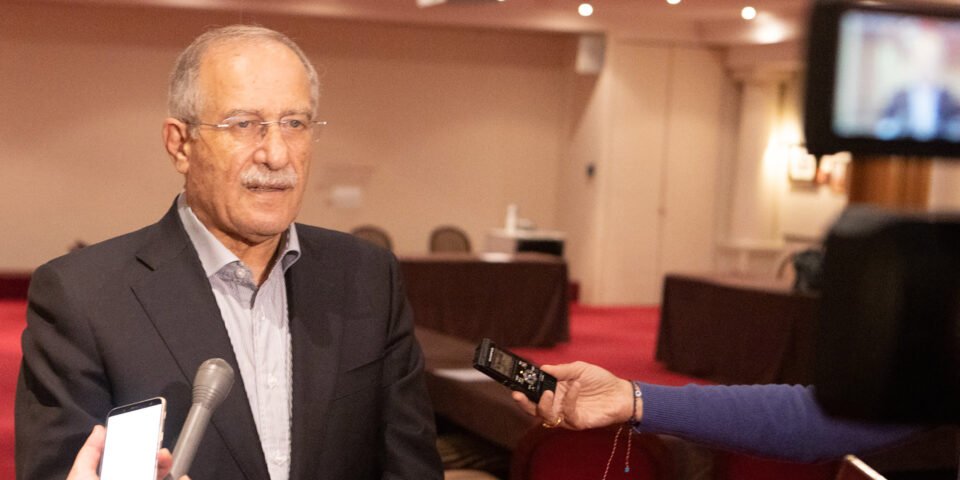 Government spokesman Kyriacos Koushos said on Friday that any prospects for a positive result that would allow the restart of substantive talks on the Cyprus problem depended on the Turkish side.

Speaking to state broadcaster CyBC radio in the morning, the day after UN Secretary-General Antonio Guterres announced in Geneva that no common ground was found at the informal summit on the Cyprus problem and that they would repeat the effort in two to three months, Koushos said the positions of the Turkish side cannot offer a solution compatible with the principles and values of the European Union.

He added that Guterres was clear that he has a mandate based on the Security Council resolutions, which determine the form of the solution to the Cyprus problem.

The UN resolutions call for a bizonal bicommunal federation (BBF) with political equality.

President Nicos Anastasiades expressed his satisfaction after Guterres announced the end of the informal summit admitting it was a difficult one given the divergent positions of each side. The president’s satisfaction was because Guterres told the Turkish side that it would not be possible for a two-state solution to be discussed because this was not in line with the UN Security Council resolutions.

Turkish Cypriot leader Ersin Tatar, with Turkey’s support, submitted his positions in writing during the summit calling on the UN Security Council to adopt a resolution recognising northern Cyprus as a state. Once recognised, the Turkish Cypriot state would negotiate their future relationship with the Republic of Cyprus, and an agreement on property, security and border adjustment, and also relations with the EU.

Anastasiades is to send the UN his response to these positions.

“It was made clear to the Turkish side that nothing could be discussed other than the UN resolutions and the Secretary-General’s mandate,” Koushos said. He also said that this position was adopted by the British Foreign Secretary and the other permanent members of the Security Council, and also by the EU.

He also stressed that it was not possible to set aside all the convergences that had been reached and the high-level agreements of the past.

“We cannot throw everything in the bin and start from the beginning,” Koushos said.

Disappointment but also concern were the main sentiments after the end of the UN effort.

Main opposition Akel leader, Andros Kyprianou, commenting on Anastasiades’ warning on Thursday that he would not take part in a new effort by the UN if Turkey proceeded with a new fait accompli in Cyprus, said: “The prevention of such developments is not achieved by such public statements.”

“By refusing to go to a new meeting, we serve the Turkish goal and punish ourselves,” Kyprianou told CyBC.

Kyprianou welcomed Guterres’ position that he could not discuss anything other than a BBF. The Akel leader also said it was important that the process be kept alive. But he was disappointed that the Cyprus problem was not a step closer to a solution. He also said Akel was preparing a proposal on how to proceed from now on, to be submitted to Anastasiades.

Diko leader Nicolas Papadopoulos said the summit’s results were disappointing and that his party had warned that going to Geneva without ensuring the proper preconditions, and without confirmation of the basis of the negotiations, would lead to dangerous developments. Papadopoulos assessed that Turkey would survive the next European Council in June, that would discuss the bloc’s relations with Ankara, unscathed, and receive increased funding.

Disy leader Averof Neophytou in a more optimistic mood, said “the window of hope remains (open).” In a tweet, the ruling party leader said that despite Turkey’s and the Turkish Cypriots’ positions, the UN Secretary-General continues his efforts.  He said that the UN, the permanent members of the Security Council and the EU do not accept the position of two states and that his party would work alongside Anastasiades for reunification of the island.

Tatar, in the meantime, in a written statement, thanked Guterres for the important opportunity given to him to present “his vision” of a two-state solution “based on the current realities on the island”. He said that it was vital to end the status quo in Cyprus and to normalise relations between the two “neighbouring states”. He reiterated his call for a change to the UN mandate “to reflect our sovereign equality and equal international status.”

Russia’s First Deputy Permanent Representative to the UN, Dmitry Polyanskiy, said this week that it was “very deplorable” that no solution to the Cyprus problem was in sight for the time being.

Polyanskiy said that on “several occasions we remarked that maybe we should think about reforming this system of guarantors because sometimes they become part of the problem, not part of the solution. That was our assessment, we do not conceal it. Maybe the solution lies there, but it’s up to the sides to decide what they want.”
He added that his country continues to support a BBF.  “There is no shift in our policy. We are closely following the development of the situation”, he said.