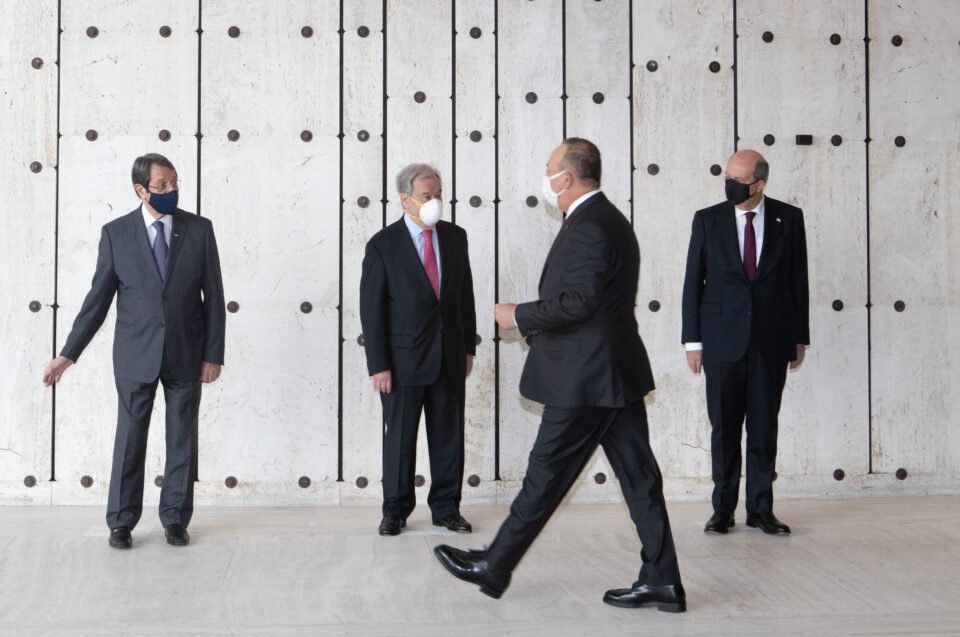 As expected, the informal five-plus-one- conference was a monumental failure. The Turkish Cypriot side, with Ankara’s full support, stuck to its position on two states and sovereign equality, while the Greek Cypriot demanded adherence to a federal settlement with political equality, as was stipulated in UN resolutions.

In his remarks at the end of the conference, UN Secretary-General, Antonio Guterres, said “we have not yet found enough common ground to allow for the resumption of formal negotiations in relation to the settlement of the Cyprus problem” but defiantly declared that “I do not give up.” He said the UN was “determined to do everything we can to make this dialogue move on and to make this dialogue at one moment be able to reach positive results.”

The reality is that the only thing the two sides agreed on was that the UNSG could convene another five-plus-one meeting in the near future, which was defined as two to three months. During this time the consultations would continue, with the aim of “creating the conditions to allow for the next meeting to be successful,” said Guterres. This would, presumably, involve more visits and consultations with the interested parties by envoy Jane Holl Lute, who has consistently failed to find the common ground.

A glimmer of hope has been kept alive as this conference was a Cyprus process maintenance exercise, which suits Brussels and Ankara in view of June’s European summit that will take decisions on a range of issues regarding EU-Turkey relations, including financial assistance. Turkey could abstain from violations of the Cypriot EEZ and put the opening of Varosha on hold until then, denying the Republic of any reason to block the positive agenda being pursued by the Commission.

If there is progress on the positive agenda, Turkey would have even less incentive to reach common ground on a Cyprus settlement. It will stick to its demand for two states, on the grounds that all efforts to agree a bizonal bicommunal federation were doomed, and nothing will happen. With the two-state demand, Turkey has eliminated the basis for talks, in three or 23 months, no matter how many five-plus-one conferences are held in the meantime. The common ground Guterres and his team will be looking for, no longer exists and Geneva showed this.

It could be that the Geneva meeting was the final chapter in the Cyprus peace process bringing to an end six decades of fruitless negotiations. The UN, despite what Guterres said, will not be looking for the non-existent common ground indefinitely.