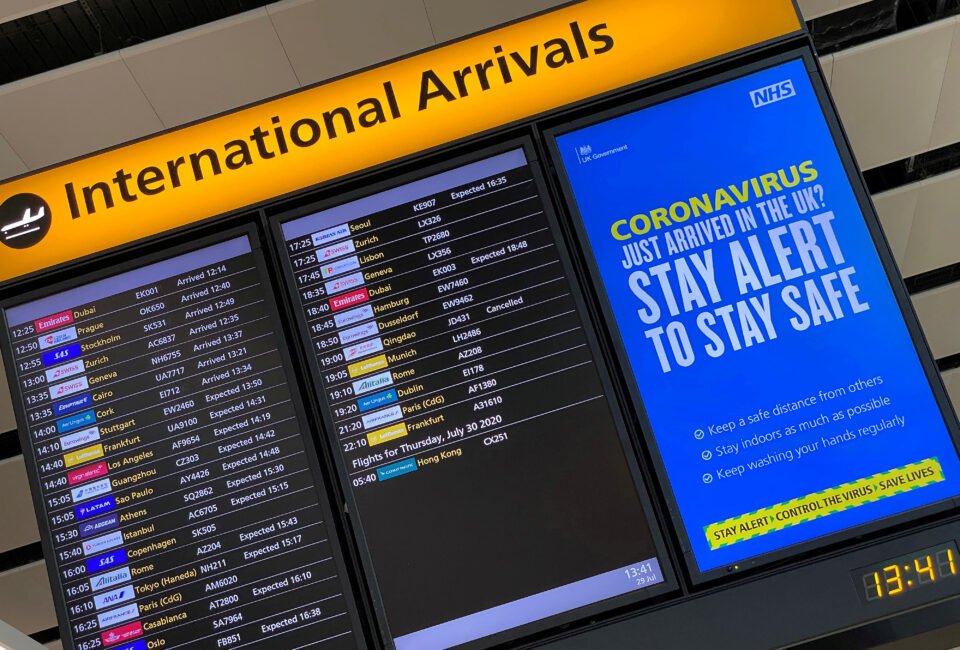 An arrivals information board at Heathrow Airport

The European Union’s executive recommended on Monday that foreign citizens fully vaccinated against Covid-19 and those coming from countries with a good epidemiological situation be allowed to travel into the bloc without additional restrictions.

The 27-nation bloc currently allows citizens of seven countries to come on holidays or for other non-essential reasons, and the European Commission’s proposal would expand that list.

“The (European) Commission proposes to allow entry to the EU for non-essential reasons not only for all persons coming from countries with a good epidemiological situation but also all people who have received the last recommended dose of an EU-authorised vaccine,” the executive arm said.

“This could be extended to vaccines having completed the WHO emergency use listing process. In addition, the Commission proposes to raise… the threshold related to the number of new Covid-19 cases used to determine a list of countries from which all travel should be permitted,” it also said, adding that should lead to the expansion of the list.

To limit the risk of importing new variants of the coronavirus, the Commission also offered a new ‘emergency break’ that would allow introducing swift travel restrictions for countries where the health situation deteriorates sharply.

EU member states are due to start discussing the proposal on Tuesday. Their agreement is needed to put it into effect.

Last week authorities in Cyprus already said that fully vaccinated tourists would be allowed into the island without restrictions.

According to tourism minister Savvas Perdios, Cyprus was now “open” to fully vaccinated people from 65 countries. Such travellers would not be subject to Covid tests or quarantine upon arrival, if they were close contacts of confirmed cases.

Apart from being allowed in with a negative test, depending on their ranking, people from those 65 countries who have been fully vaccinated would be able to travel to Cyprus without tests. The exemption applies for Russia’s Sputnik V vaccine.

Member states can accept vaccines that have not been approved from the EU for travel reasons.

Perdios clarified that Cyprus will accept a vaccine certificate without a negative test from the day a person received the second jab, in the case of two-dose vaccines, or single jab when it comes to J&J.

A traveller must upload their certificate on Cyprus Flight Pass and fill in the form. The form will be checked during departure and arrival.