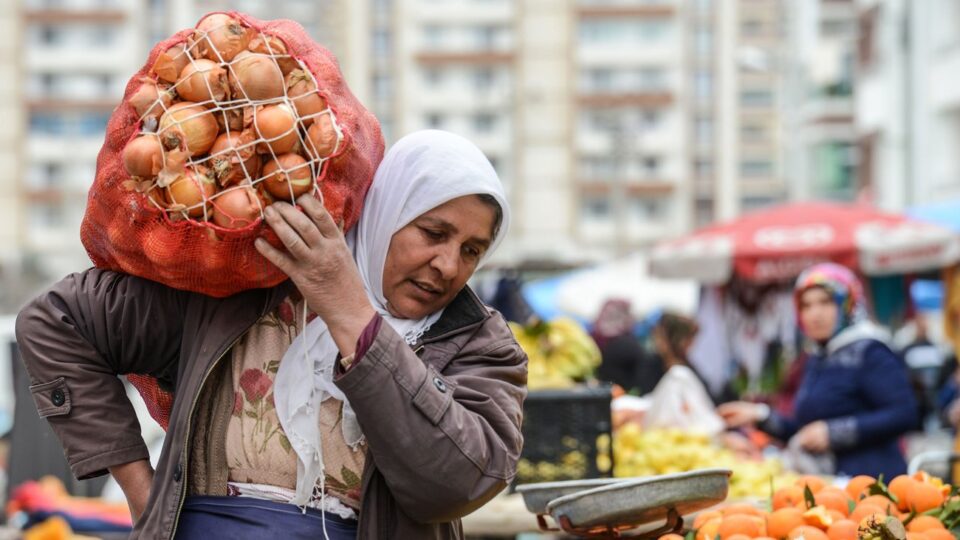 Turkish government must give out onions and potatoes to the vast numbers who cannot afford food.

Consumer inflation (CPI) in Turkey rose 1.68 per cent monthly in April and annual inflation rose to 17.14 per  cent, the Turkish Statistical Institute (TurkStat) announced on Monday.

Annual inflation has now reached the highest level seen since May 2019.

This is the highest four-month inflation data seen since 2006, when this data was updated and recalculated. In the annual producer inflation, these high levels were last seen in November 2018. The declining value of the lira has exacerbated the effect of price increases.

The monthly inflation increase, which was just below 1.8 per cent as expected by economists, was affected by the sharp increase in fresh fruits and vegetables as the depreciation of the Turkish lira mad imports-based products sharply more expensive

The Turkish lira is at this writing at 10 to the euro and 8.31 to the dollar.

The government has been obliged to distribute onions and potatoes free to large segments of the population which can no longer afford food.

Prices increased for clothing and footwear as well as the new manufactured products had a negative impact on consumer inflation, while the heaviest impact of the depreciation in TRY was seen in producer inflation.

Although Central Bank Governor Şahap Kavcıoğlu stated that inflation is expected to decrease in May, this high level of producer inflation shows that the effect of exchange rate pass-through will continue to be a determinant in consumer inflation.

With the change of the Central Bank governor in mid-March, there was a sharp drop in the dollar / TL and the depreciation of the TL reached 12 per cent. Analysts emphasise that in addition to exchange rate pass-through, deteriorating pricing behaviour continues to threaten inflation.

Coronavirus: Ministry urges people to get tests before returning to work