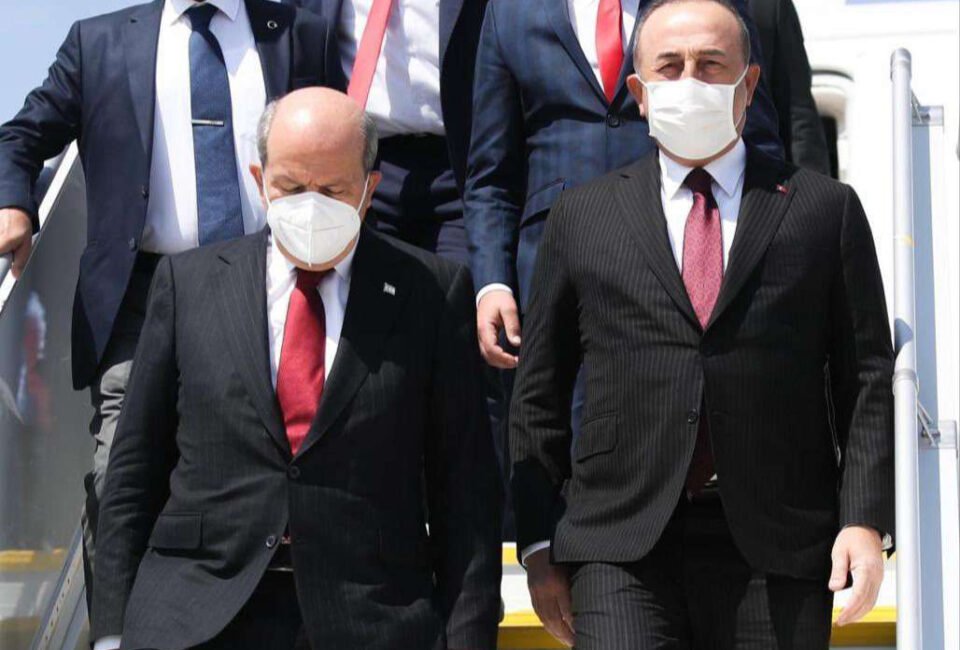 The official explanation, not just of the current government but also of all its predecessors, for the permanent stagnation of the Cyprus problem is ‘Turkish intransigence’. This claim is definitely correct since the election of Ersin Tatar, who has warmly embraced the two-state solution, but does not hold in the case of settlement proposals made after the Turkish invasion.

Placing exclusive responsibility on the Turkish side, our politicians manage to hide their own mistakes and transgressions which have taken us to the brink of the abyss. At the same time, they create a psychosis in many Greek Cypriots – a complete loss of touch with reality – leading the afflicted to hear and see things that are not real.

The narrative about Turkish intransigence is reminiscent of the wonderful tale by Hans Christian Andersen, The Emperor’s New Clothes. It is the tale that comes to my mind when the bombardment of misinformation by the government and media takes place.

The tale talks about an emperor who wanted to impress his subjects with opulent clothes; this was why he wanted to wear a new suit every day. His tailor was unable to meet these demands indefinitely. During these difficult times, two fraudsters appeared, claiming they were textile weavers and tailors that knew how to make the best suit material. Not only were the colours and patterns extremely beautiful, but in addition to this, the crooks claimed, their material had the amazing quality of being invisible. In the end the emperor employed the crooks and thought he was wearing new clothes every day (even though these did not exist) and enchanted with his imaginary clothes he would attend official parades in the nude. His subjects, afraid to freely speak their mind, admired the clothes of the emperor… that did not exist. The brain-washing had affected all of them. The same, alas, is happening in Cyprus. The government is much worse than the emperor because it is knowingly lying when it attributes the deadlock in the Cyprus problem to Turkish intransigence. Citizens, in confusion, follow its narrative that does not stand up to rational scrutiny.

A brief look at the many proposals for a solution of the Cyprus problem after the invasion in relation to Turkish intransigence does not back the official narrative. The first peace proposal was the Anglo-American-Canadian plan of 1978. Foreign minister at the time Nicos Rolandis in his book Glimpses Into Life and History explained that the plan envisaged the establishment of a bizonal bicommunal federation (BBF). Most importantly it provided for the return of the residents of Famagusta to their homes with the start of negotiations; they would stay there even if the talks failed. While Ankara was not opposed, we rejected the plan.

In 1985 we had the Perez de Cuellar indicators which again paved the way for BBF. The House of Representatives would be split 70-30, there would be a Greek Cypriot president and Turkish Cypriot vice president (with the right of veto on foreign policy, defence and security) and the withdrawal of all troops with the exception of two small Greek and Turkish contingents. The Turkish Cypriots would be in control of 39 per cent of the territory while Famagusta and Morphou would have been returned. While the intransigent Rauf Denktash accepted the plan, it was turned down by President Spyros Kyprianou. A year later de Cuellar returned with some amendments, mainly the introduction of a constitutional court to resolve disputes, but again it was rejected by Kyprianou. Only in 1989 did the Turkish Cypriots reject de Cuellar indicators as a basis for negotiations.

In 1992, when the Ghali ‘set of ideas’ was submitted, they were accepted as a basis for negotiations by then president George Vassiliou, Glafcos Clerides, Akel, Disy, Adisok and the Turkish Cypriot leadership. Unfortunately, a little before the end of Vassiliou’s term Clerides and Disy decided to reject the ‘set of ideas’ in order to secure the support of Diko and Kyprianou for Clerides’ candidacy in the presidential elections of 1993. In other words, another opportunity for a settlement was sacrificed at the altar of party interests.

In 2004 we overwhelmingly voted ‘no’ to the Annan plan while the Turkish Cypriots voted ‘yes’. It was pity that very few spoke about the consequences of the rejection of the plan back then. As things have taken shape today, neither Morphou and Famagusta nor the 52 villages will be returned while the so-called ‘TRNC’ will continue to be in control of 37 per cent of Cyprus territory, the 40,000 Turkish occupation troops would remain and Turkey’s right of unilateral intervention stays in force.

Finally, it was not the Turkish Cypriots and Turkey that walked out of the talks in Crans Montana in 2017 when according to negotiator Andreas Mavroyiannis “we were a hair’s breadth away from a settlement”. Apart from walking out, President Anastasiades subsequently rejected the Turkish Cypriot leader Mustafa Akinci’s proposal to sign the Guterres framework as a ‘strategic agreement’. UN Secretary General Antonio Guterres not only failed to label Turkey intransigent but he praised Ankara for its constructive stance in the negotiations. All this is so well-documented that nobody can dispute it.

In Andersen’s tale, a small child, innocent and fearless, shouted ‘But the emperor has no clothes on,’ revealing the truth. It is time we listened to the small child.