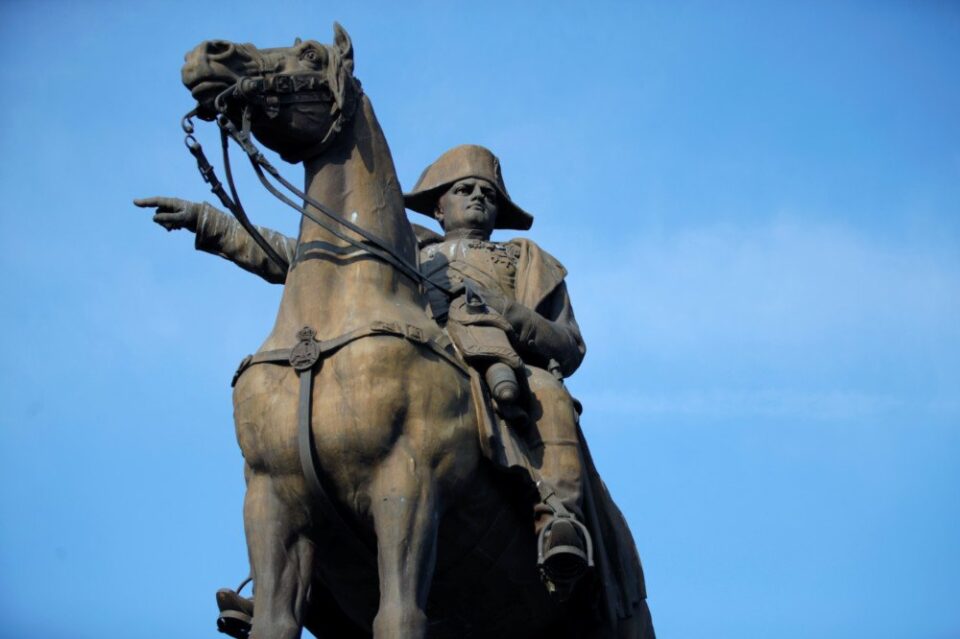 People often compare him to Hitler, yet it’s not only the French who see him in a positive light

Napoleon Bonaparte doesn’t come up much in conversation these days, which is hardly surprising given that he has been dead for two centuries. On the other hand, on Wednesday it was exactly 200 years since he died, so maybe we could make an exception just this once.

Hitler’s real ambitions were all in eastern Europe, where he would get ‘lebensraum’ (living space) for the German population and access to strategic resources, especially oil. The European part of Russia was also on his list, because he loathed ‘Jewish Bolshevism’, but that was all. Whereas Napoleon thought much bigger.

Apart from Britain and Scandinavia, there was hardly a country in Europe that didn’t get a visit from Napoleon’s armies. The campaign that made Napoleon famous in France was his (short-lived) conquest of Egypt, and at one time he even contemplated following in Alexander the Great’s footsteps and invading India.

France’s only enemy in Europe at that time was Britain, all the other powers having been (temporarily) defeated, and Napoleon had at least 46 line-of-battle ships available. He had arranged an alliance with the Mahratta Confederacy, then the strongest challenger to British power in India, and he was going to load each ship with 800 soldiers and send them there.

The plan was abandoned because nobody told Napoleon that those warships could carry enough drinking water for such a large army. He thought they couldn’t, and he never asked. So he wasn’t infallible, but he was certainly ambitious – and if the plan had succeeded, it might have ended British rule in India 140 years early. (What would have taken its place? Who knows?)

Nevertheless, Napoleon was responsible for millions of unnecessary deaths. Around three million soldiers and a smaller number of civilians were killed in twenty years of the ‘Napoleonic Wars’, most of which could have been avoided if not for his addiction to conquest.

By the end France was back to its original borders, and its losses were enormous. And yet it’s not only the French who still see him in a positive light.

Hitler was a squalid fascist who built death camps; Napoleon was a child of the Enlightenment and the French Revolution who believed he was bringing liberal values to the people he conquered. He shamefully legalised slavery (banned by the Revolution), but wherever he went in Europe he overthrew the feudal order and enforced religious tolerance and secular education.

Consider his plans for England, if the cross-Channel invasion he was preparing in 1803-05 had come to pass. He told O’Meara in St Helena:

“Your [British] fleet having been decoyed away…would have left me master of the Channel….Four days would have brought me to London….I have no doubt that your troops would have done their duty, but one battle lost, the capital would have been in my power….

“[Having taken London], I would have offered you a constitution of your own choice, and have said ‘Assemble in London deputies from the people to fix upon a constitution.’ I would have called upon… popular leaders to organise one according to the wishes of the people. I would have declared the [end of the monarchy], abolished the nobility, proclaimed liberty, freedom, and equality.

“Think you, that in order to keep the [king on his throne] your rich citizens, merchants, and others of London, would have consented to sacrifice their riches, their houses, their families, and all their dearest interests, especially when… I only came to [get rid of the king] and to give them liberty? No, it is contrary to history and to human nature…

“Your principal people have too much to lose by resistance, and your masses too much to gain by a change… If they supposed that I wanted to render England a province of France, then indeed [patriotism could have worked wonders in a guerilla war]. But I would have formed a republic according to your own wishes…”

But what would England be without the royal soap opera and Clown Prince Boris Johnson? It would be like America without Donald Trump. Alternate history sucks.