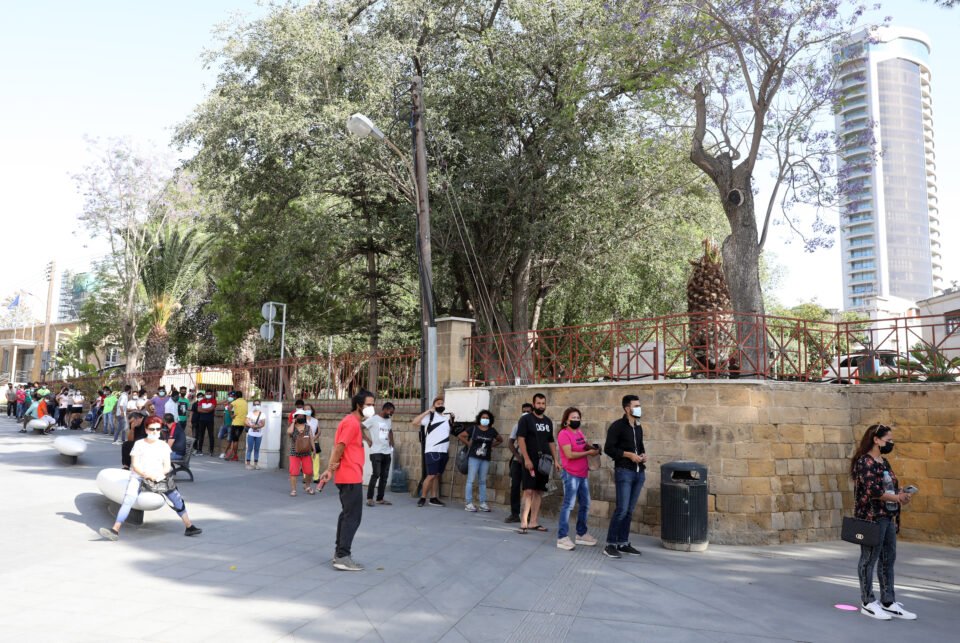 The number of daily rapid test sites is expected to be increased in the coming days, the health ministry said on Monday, following images of overcrowding at testing sites nationwide.

The tender for the purchase of coronavirus rapid tests was due to be completed on Monday and the sites will be increased immediately, ministry spokeswoman Margarita Kyriacou said.

Later in the morning, the ministry issued an announcement concerning overcrowding in seven of the 63 testing sites nationwide, advising people to go to less busy sites instead.

“I had to wait 50 minutes in the sun to get tested and receive my results. By the end, I was starving, sweating and exhausted,” a 38-year-old woman who visited one of the less-busy Nicosia-based testing sites at around 8am on Monday told the Cyprus Mail.

Long queues were also recorded on Sunday, the day before the reopening of businesses and the implementation of the so-called SafePass, when a record 109,846 rapid tests were carried out.

Health Minister Constantinos Ioannou announced the increase of the free rapid testing sites to 85 from the current average of 50 to 60 per day as part of the new restrictions which came into force on Monday.

As part of the new restrictions, unvaccinated residents will be obliged to present a negative coronavirus test if they wish to visit hospitality sector venues, places of worship or hospitality venues starting Monday. Exempt are those who have recovered from Covid-19 within the last six months.

Meanwhile, some people said they are choosing to pay and get tested privately to avoid waiting in line.

The inconvenience to the public was criticised by opposition parties but also by leader of the ruling Disy party Averof Neophytou who tweeted that since the government decided to implement the SafePass, it was the state’s obligation to ensure the smooth operation of the sites.

Rapid tests are provided for free to the public, as workers and senior school students must present a negative coronavirus test.

Coronavirus: Almost like the old days at island’s airports