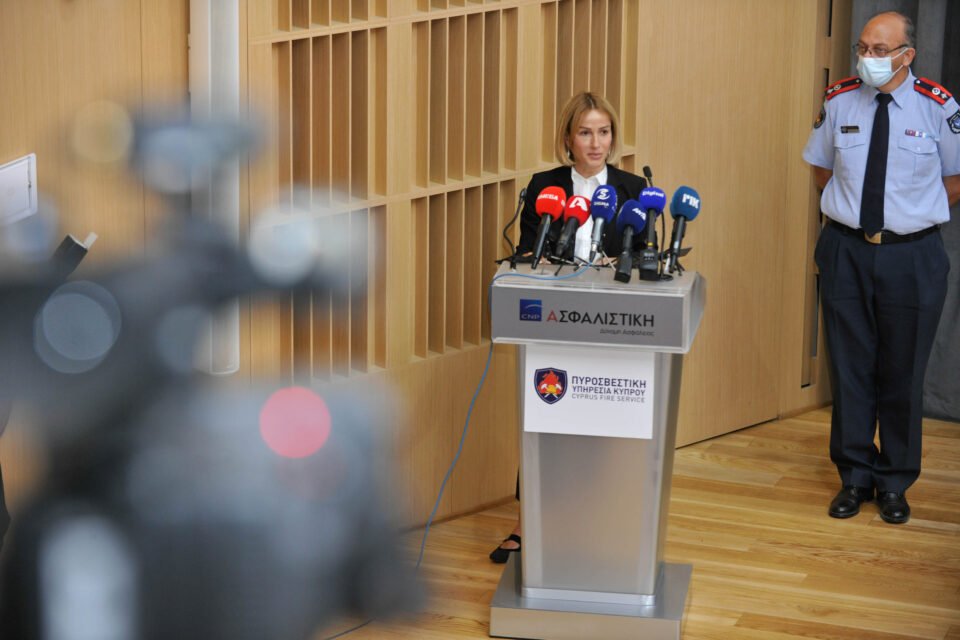 Justice Minister Emily Yiolitis on Monday said the police complaint filed by member of Cyprus’ women’s national shooting team Andri Eleftheriou, who said she was sexually abused twice by the same man during international sports events, has not been swept under the carpet.

The minister’s statement follows reports on Sunday that the case hit a snag.

Eleftheriou had said that she had been harassed at the 2006 Commonwealth Games in Melbourne and in Peking in 2008 by the same man, who held a “position of authority”.

Police said that the alleged offender was a person who had participated in the mission of an independent, non-governmental organisation.

They can also deal with all offences committed in any foreign country by a citizen of the Republic if the offence is punishable in the Republic by imprisonment for more than two years.

According to the police, this is not applicable in Eleftheriou’s case since the offences under investigation at the time were punishable by two years’ imprisonment. The alleged suspect, at the time of the offence, was not an employee of the Republic nor acted on its behalf, police added.

“We note that, since 2009, the Penal Code has been amended, and the offence of indecent assault carries a sentence of five years in prison, which meets the requirement of Article 5 (1), for cases that occur after that date,” police said.

“It is naive to claim that Ms Eleftheriou’s case was covered up or that all cases will have the same fate,” Yiolitis said on Monday in a written statement. Each case, she added, has its own characteristics and is different and this is how it is being treated by the police.

The minister said she has heard and read a lot about Eleftheriou’s case, “most of which are unfortunately baseless and harmful for future cases.”

She added that Eleftheriou did very well to proceed with the complaint “and I congratulate her again.”

“She found the courage and broke the silence and became an example to follow,” Yiolitis said, adding that if time turned back, she would again encourage Eleftheriou and all other sexual harassment victims to file a complaint. She expressed her own and the state’s unwavering support.

Yiolitis said it is with Eleftheriou’s contribution that the “vow of silence” was broken.

After Eleftheriou officially filed a police complaint earlier this year on Yiolitis’ encouragement other women followed her example.

Police on Sunday said 27 cases of sexual abuse have been investigated, 15 of which have been sent to court for trial. Eight more cases are currently under investigation while a number more have been completed and are with the state legal service which will decide how to proceed.

Yiolitis pointed out that Greek Olympic gold medalist Sophia Bekatorou, who spoke out in January about her rape by a high-ranking Hellenic Sailing Federation official back in 1998, went ahead with reporting the case to the police even though the offence had been written off in Greece.

Eleftheriou who spoke about her experience on television back in 2018 and again last December, received more widespread attention after Bekatorou spoke up about her rape.

The minister said that though she did not interfere in police investigations and the decisions of the Law Office, it was her obligation to encourage the victims to report to the police and provide the necessary political support through the promotion of legislation that creates an even greater protection net for victims.