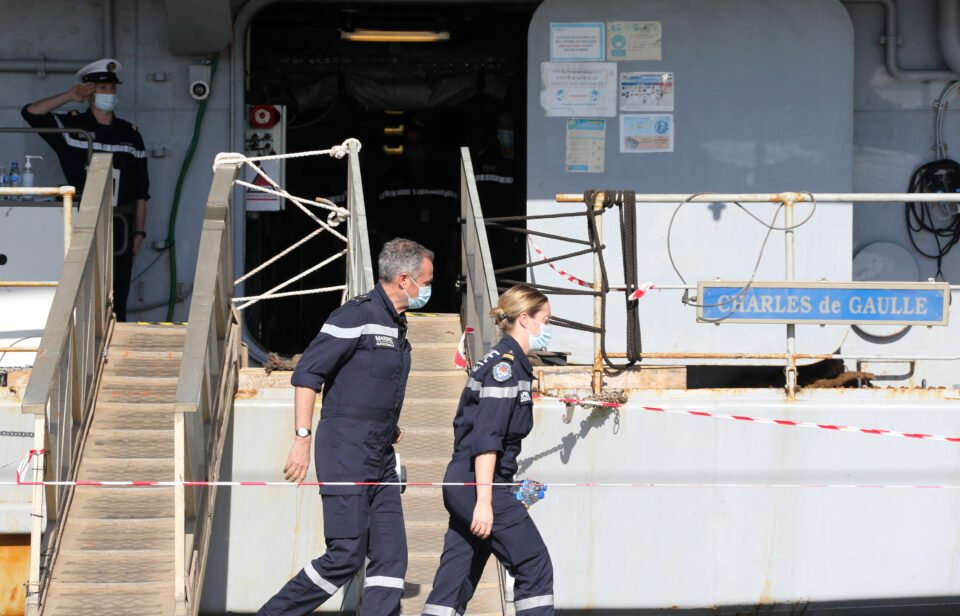 French Ambassador Salina Grenet-Catalano has praised the high level of hospitality offered by Cypriot authorities to the crew of the French aircraft carrier Charles de Gaulle, which sailed into the port of Limassol on Monday.

Speaking at a press conference on the presence of the flagship of the French navy in Cyprus, she expressed gratitude to the Cypriot authorities for the continuous services for warships of the French navy but also for the high level of hospitality and cooperation in matters of defence and security.

The Charles de Gaulle, which has sailed to Limassol in 2010, 2016 and 2020, is leading the naval Task Force 473 and participating in the mission “Clemenceau 21”, which is part of the operation “Inherent Resolve”, to eliminate the terrorist group ISIS.

The captain of the aircraft carrier Captain Guillaume Pinget also thanked the Cypriot authorities for hosting them in these special, as he said, conditions of the pandemic. Limassol, he continued, is a familiar place for sailors and they are happy to rest three months after leaving their base in Toulon and after three weeks in the Gulf.

Commander of the Task Force, Admiral Marc Aussedat, explained the objectives and action of “Clemenceau 21” mission who was planned in three phases, with the first taking place in the Mediterranean, the second in the Indian Ocean and the third also in the Mediterranean Sea.

He noted that the mission was designed to highlight the French determination and involvement in the fight against terrorism within the US-led operation “Inherent Resolve”. He also pointed out that, through that mission, France and its allies show their presence and power in strategically important areas, with the aim of stability and freedom of movement in air and sea.

The Admiral also said that in a few weeks, Charles De Gaulle’s naval strike force would meet for the first time with the British aircraft carrier HMS Queen Elizabeth and its own task force in the western Mediterranean.

Neophytou: smaller parties ought to have a committee chair