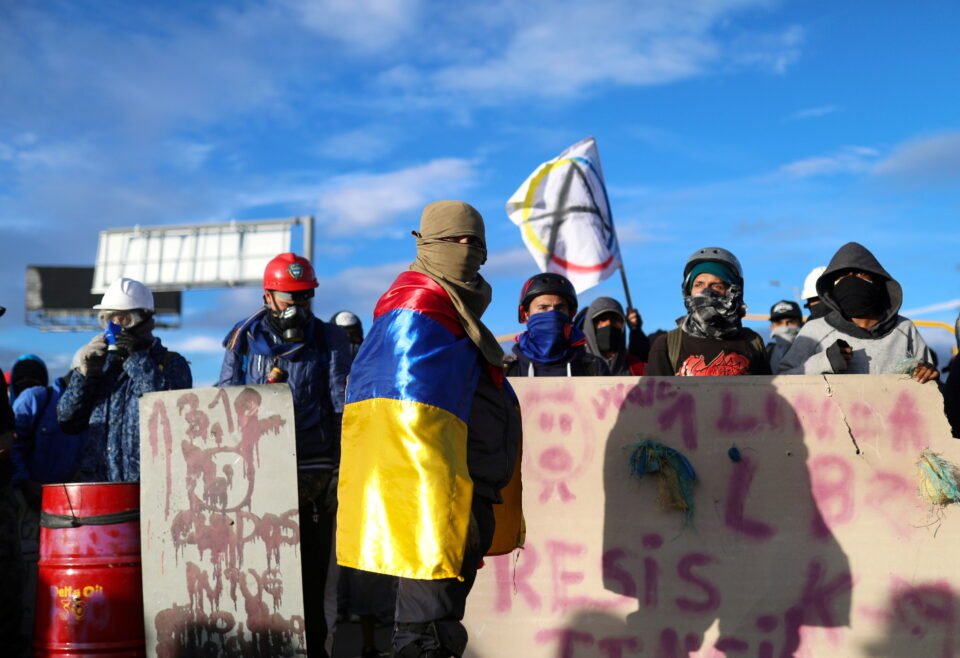 Anti-government protests in Colombia entered their third week on Wednesday as unions, student groups and other organizations convened a national strike after fruitless talks with the government.

Demonstrations fueled by outrage at a now-canceled tax plan began in the Andean country on April 28. Protesters’ demands have expanded to include a basic income, an end to police violence and the withdrawal of a long-debated health reform.

President Ivan Duque has offered dialogue, but smaller demonstrations and road blockades have continued daily around the country amid skepticism from protest leaders that government promises will lead to concrete change.

Violence has plagued protests, with as many as 40 civilian deaths being investigated by Colombia’s human rights ombudsmen. Local and international human rights groups allege the toll may be even higher and have blamed police for the killings.

Many Latin American countries – already deeply unequal – have been hit hard by the COVID-19 pandemic, which has rolled back some recent strides against poverty.

Similar protests over inequality and the impact of COVID-19 may occur in other countries like Brazil, said Gimena Sanchez, Director for the Andes at the Washington Office on Latin America, but inequality is not the only issue stoking discontent in Colombia.

“The Colombia protests are not just about COVID, they are about anger towards Duque for police repression from 2019 onwards, not advancing the 2016 peace accord, rising massacres and killings of social leaders and the perception by middle and working class Colombians that the government is only interested in advancing the economic and political elites’ agendas at their expense,” she said.

The protests come amid falls in the value of Colombia’s public debt, stock market and peso currency. Investors and analysts believe the country is likely to lose its investment-grade credit rating.

The United States and United Kingdom have condemned protest violence, while the United Nations and the European Union have warned against excessive force by police.

Easter Island: the resilience of a remote and ancient Pacific culture