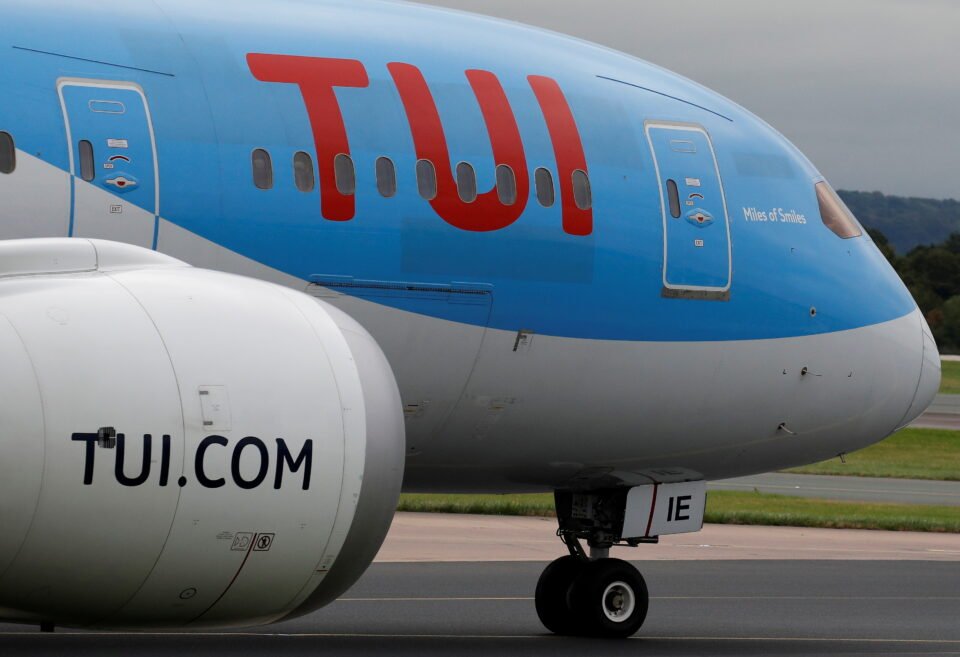 Holiday company TUI Group expects a strong 2021 summer season and will operate 75% of pre-pandemic capacity, with rising levels of vaccinations set to fuel last-minute bookings, it said on Wednesday.

The pandemic has hammered TUI, the world’s biggest holiday group, and while it sunk to a 1.3 billion euro ($1.6 billion)loss for the six months to the end of March, it said that the worst was behind it as European resorts start to reopen.

New bookings have doubled since April, with customers from Germany and Belgium driving demand for holidays after winter lockdowns, and the group expects UK bookings to catch up as more destinations are opened in the next few weeks.

Those bookings should help relieve the pressure on heavily indebted TUI, whose finances have been strained by 14 months of COVID-19 restrictions.

“When the business is coming back, as it is right now, liquidity will be coming into the system,” TUI Chief Executive Fritz Joussen told reporters.

“When you see the bookings coming in like now…(we) will make profits in Q4,” he said referring to the busy three months to the end of September.

Extending the summer season into October and November was a possibility given the high demand for holidays, he added.

Shares in the group, which have jumped 40% since the start of the year, traded down 3.2% to 414 pence at 0930 GMT, reflecting the risks over a smooth reopening of resorts.

“The summer capacity assumption is massively reliant on the opening up of restrictions,” said Redburn analyst Alex Brignall.

Britain, which along with Germany is one of TUI’s two biggest markets, last week said that people could travel again from May 17, but with only a limited list of destinations not requiring quarantine on return.

Some of TUI’s most popular destinations, such as Spain and Greece, were kept off Britain’s “green list” of low-risk destinations, but the company said it expects this to change when the list is reviewed at the end of the month.

“(When) everybody opens, the Brits, will at some point in time think, it’s maybe a good idea,” said Joussen.

The return of big-spending Britons would be a welcome boost for southern Europe economies. In Greece, tourism accounts for about a fifth of the economy and jobs market, while Spain used to derive a tenth of its gross domestic product from tourism.

Britain did put Portugal on its list, which TUI said led to a spike in bookings.

For now, TUI, which took 23 million people on holiday annually before the pandemic, said it has a total of 2.6 million summer bookings, 69% lower than at this time in 2019.