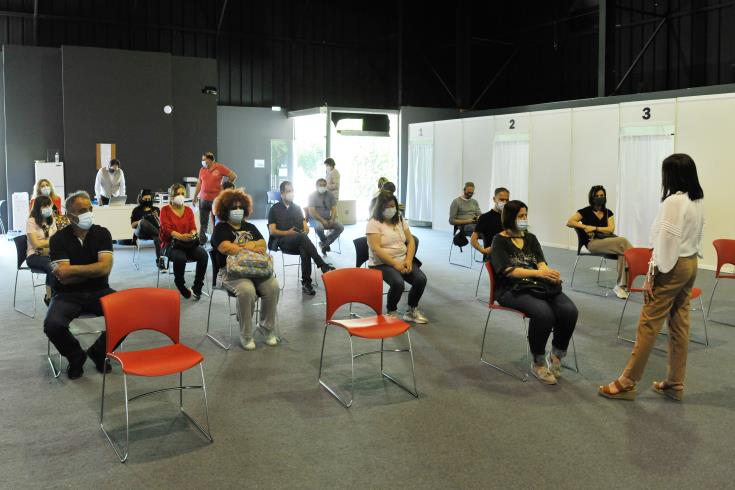 The deputy minister of innovation Kyriacos Kokkinos on Thursday blamed external factors for the technical problems with the vaccination portal, which has led to long delays in booking appointments and widespread frustration.

The software has crashed frequently since the creation of the portal four months ago, disrupting the booking of appointments and raising complaints among beneficiaries.

In a written statement early on Thursday, Kokkinos said he felt the need to take a stand “as the political chief of the relevant deputy ministry for technology issues”.

“I understand and share the frustration of the public when the service is not as expected,” he said, adding that the deputy ministry and outside collaborators were working “day and night to minimise the problems and ensure the best possible experience for citizens”.

The portal presented various issues, causing delays or at times not allowing users to log in at all which resulted in the rescheduling of vaccination appointments at a different date or time.

Several updates announced by the deputy ministry were expected to resolve those problems. However, delays were also caused this week.

But “external factors beyond our control, which could not have been predicted in advance, led to new data, to which the system was not able to respond adequately after being designed for different data,” he said.

Kokkinos did not specify what those factors are, but he had previously said that the portal was crashing because a large number of users were accessing the portal from various devices to ensure an appointment for a single individual. This was later addressed in one of the updates which allowed access to only one person per beneficiary to log in.

“The vaccination portal was developed within a stifling schedule, in the context of the expansion of the existing Gesy system,” Kokkinos said.

The specifications, provided by the health ministry, put in place initially “were considered sufficient” but were later adjusted.

According to Kokkinos, “the portal was originally designed to serve a smaller number of users”. In the first update, between 20,000 and 25,000 potential beneficiaries could be accommodated in 36 hours. This was latter upgraded to accommodate that number in 12 hours, he said.

“To these capabilities, the portal can and does respond successfully,” Kokkinos said.

Through the portal, beneficiaries have a choice of vaccine, date and vaccination centre.

The deputy minister thanked the team who worked on the creation of the portal and said works will continue to improve the services provided to the public.

In his statements to the media later in the day, Kokkinos confirmed a hacker attack against the national vaccination portal. Without going into details, the deputy minister said the countries and web addresses from where the attacks were made are known, but the persons behind the cyberattacks remain unknown.

The hacker attacks probably did not affect the operation of the vaccination portal, he said.