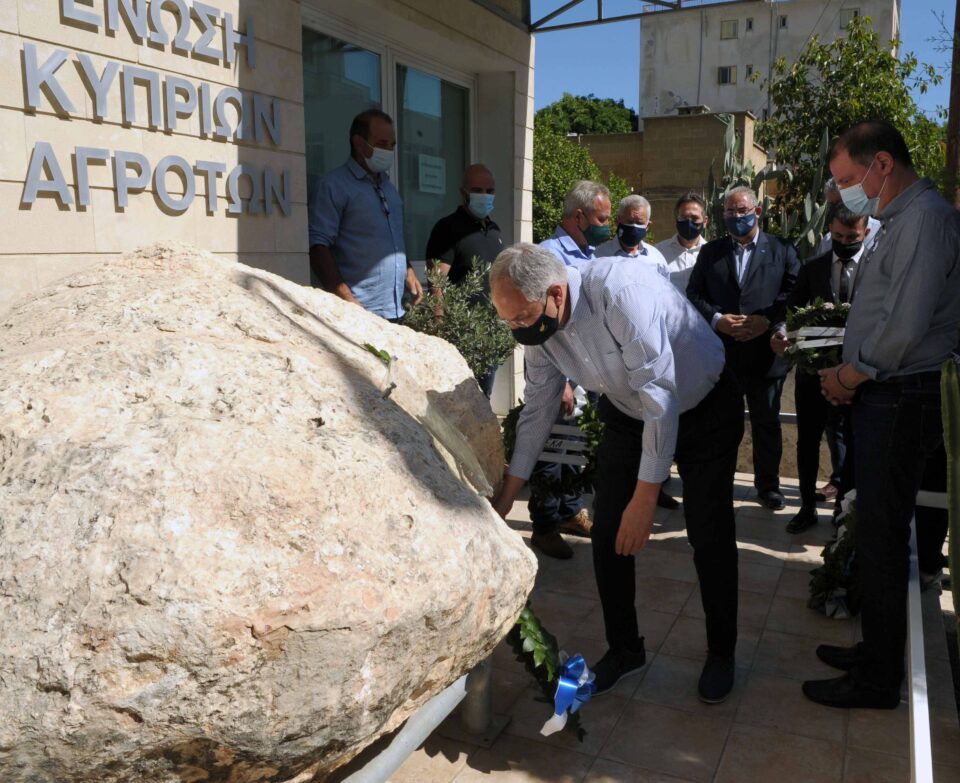 Farmers associations and the agriculture ministry have paid tribute to 15th century rebel farmers and their leader Re Alexis at a simple ceremony in Nicosia as Cyprus marked its first official commemoration of Day of the Farmer.

Cabinet had on January 27 decided to proclaim May 12 as Day of the Farmer, in line with a longstanding demand of agricultural associations. The event was held late on Wednesday, outside the offices of the Union of Cypriot Farmers.

“In this way the government, the state and the agricultural movement as a whole declare their appreciation, respect and support to the farming population of Cyprus which, while facing a large number of challenges, particularly now, manages to contribute significantly to the economy and society more generally,” Agriculture Minister Costas Kadis said.

The decision to pick May 12 for this commemoration is no coincidence, as May 12, 1427 is one of the most important historical moments for the people of Cyprus, and particularly for farmers, he added.

That was the day, the ringleaders of an uprising of Cypriot farmers against their economic obliteration by the Frankish rulers, including their leader Re Alexis, were executed.

“It is generally accepted that this movement was pioneering for its era and can serve as an example of the struggle for freedom and justice,” the minister added.

Speaking on behalf of all the agricultural organisations, general secretary of the Union of Cypriot Farmers Panicos Hambas said the Day of the Farmer and the Rebellion of Re Alexis should be taught at schools and universities.

A rock brought there from Peristerona Nicosia, one of the headquarters of the Re Alexis movement, was placed at the venue of the event. Hambas said the rock was a symbolic monument of the uprising.

Klopp puts no blame on Solskjaer over weakened side