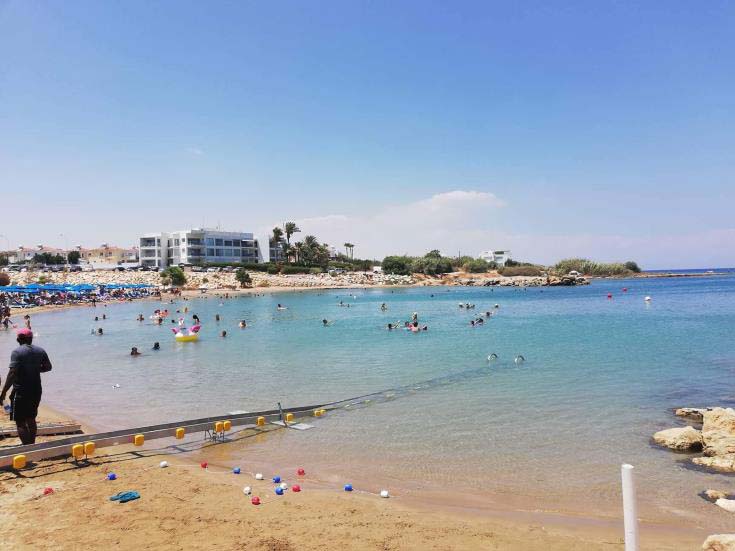 Two Paphos beaches will be made accessible to people with disabilities using European funds, the Cyprus paraplegic association announced on Thursday.

The scheduled upgrades in Yeroskipou and Neo Chorio in Paphos will raise the total number of accessible beaches to 12 islandwide. The previous projects included the installation of a wooden or plastic ramp for people on a wheelchair to be able to reach the seaside, or an automated system with a chair assisting people’s entry to the sea.

The association, which implemented the majority of those changes, has “the persistence, the knowledge and the willingness to claim but also to implement actions for a society accessible to all,” its president Demetris Labrianides said.

The third project is funded by the Intereg V-A Greece-Cyprus collaboration which aims to accommodate people with disabilities who either have mobility or sight problems, in tourist related areas such as beaches and parks, the association said.

“This adjustment also provides a new dynamic at the national level in terms of upgrading the tourism product and improving the attractiveness of areas of natural and cultural interest,” the announcement added.

Live music in the garden