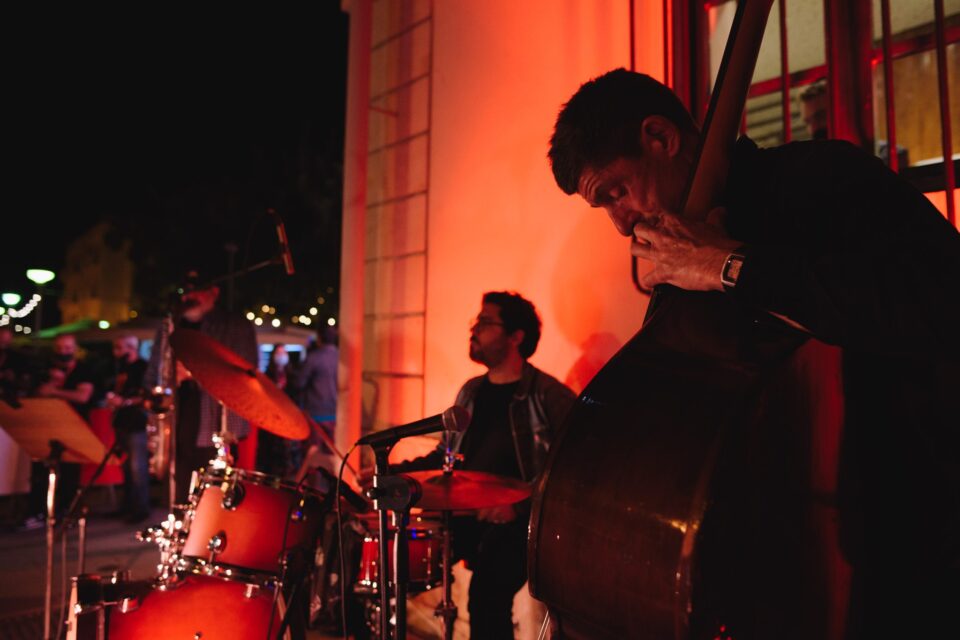 The Paphos cultural venue Technopolis 20 is opening the gates to it garden once again with a jazzy musical evening. On Friday the ErmisVickyLee Trio, made up of three talented musicians, Vasiliki Anastasiou on voice, Ermis Michail on guitar and Andreas Panteli on piano, will play their favourite soul, jazz and pop songs, incorporating strong influences from blues, soul and gospel.

Their live performance will be just the beginning of a series of live jazz music events at Technopolis 20’s garden while the cultural venue also organises concerts and recitals at Markeidio Theatre. Next on at the venue is The Jazz Trio on May 28 with the live music starting at 8pm. Band members Giorgos Krasidis on the saxophone, Irenaeos Koulouras on double bass, and Stelios Xydias on drums are considered to be among the most important and influential soloists and educators of jazz music on the island. “If you are a jazz fan and haven’t had the pleasure to enjoy this trio yet,” say the organisers, “prepare to be musically amazed.”

Come June and more jazz will take place at Technopolis 20. The Ioannis Vafeas Quartet returns to the garden, as part of the jazz music evening series, with some jazz classics from the Great American Song Book as well as some compositions of the post-bop era, on Friday, June 11 at 8pm. The band will also perform music from their latest album, Catharsis released in 2020.

Some new faces and excellent musicians will be appearing with the band from now on and that is Ermis Michael on guitar and Andreas Pandeli on piano, graduates of the Codarts University for the Arts, who perfectly combine this background and their experience with the steady rhythm section of Michael Messios (double bass) and Ioannis Vafeas (drums), who have a long background together characterised by superb musicianship and creativity, both graduates of the Berklee College of Music in Boston. Their common understanding and connection – on and off the stage – enables them to easily interact and bring their enthusiasm to their audience.

On June 18, the Steppin’ Out Jazz Band will honour singer Nancy Wilson, the ‘Song Stylist’ as she liked to be known, in a tribute performance featuring a selection of her songs, artfully interwoven with captivating details about her life and music. Nancy Wilson was an American singer whose career spanned over five decades. She recorded more than 70 albums and won three Grammy Awards for her work. During her performing career, Wilson was labelled a singer of blues, jazz, R&B, pop, and soul, a “consummate actress”, and “the complete entertainer”. The title she preferred, however, was “song stylist”.

The band will perform from her early collaborations with George Shearing and Cannonball Adderley to her biggest hits, bringing the best of Nancy Wilson as interpreted by one of the most well-established Jazz bands in Cyprus. Vocalist Alice Ayvazian will be joined by Dimitris Miaris and Costas Challoumas with their wealth of experience, expertise and exciting arrangements of timeless jazz songs, under the stars in the garden of Technopolis 20, on Friday, June 18, at 8 pm.