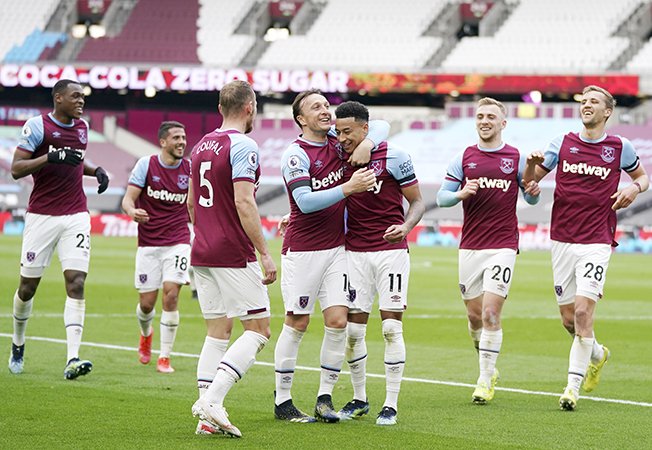 The penultimate weekend of a challenging Premier League campaign is upon us.

While the champions and relegated sides have been decided, there remain a number of talking points to pore over as we enter the final throes of 2020/21.

It took 16 long, frustrating years for Leeds to seal their return to the Premier League – a period punctuated by issues off the field and a spell in the third tier. Marcelo Bielsa impressively led them back to the promised land and has overseen a superb first season back in the top flight. Leeds have lost just one of their last eight games and sit 10th in the standings with three matches to play. A trip to Burnley awaits on Saturday lunchtime as Bielsa’s men look to end the season strongly.

The surprise contenders for continental football remain in the hunt ahead of their trip to Brighton on Saturday evening. Few could have predicted David Moyes’ men sitting in sixth above the likes of Tottenham, Everton and Arsenal at this stage, but they enter the home straight on course for European qualification. Champions League football may just be beyond them now but the Hammers have a kind-looking final three fixtures. The Europa League looks well within their grasp.

Will spurs show their teeth at Wolves?

Tottenham’s 3-1 loss at Leeds last weekend dented any faint hopes of reaching the Champions League – a defeat compounded by results elsewhere. Interim boss Ryan Mason would need to oversee wins in all three remaining matches and hope those above drop points, with bookmakers’ odds of 300-1 on them making the top-four underlining just how unlikely that is. Wolves, West Brom and Leicester are their remaining fixtures, starting with Sunday’s match against Nuno Espirito Santo’s mid-table side. Spurs need to end a topsy-turvy season strongly.

Jurgen Klopp secured his first victory at Old Trafford on Thursday – a 4-2 win against Manchester United that gives their top-four hopes a huge shot in the arm. Liverpool are fifth and four points behind fourth-placed Chelsea, who take on third-placed Leicester in midweek after meeting in Saturday’s FA Cup final. But it is impossible for both of those sides to reach 69 points as a result of their upcoming top-four clash and the Reds can reach that tally if they secure maximum points from their three remaining matches. Klopp takes his side to relegated West Brom on Sunday and then Burnley, before rounding off the season at Anfield against Crystal Palace – three eminently winnable matches.

Toffees to come unstuck against Blades?

Everton, like Spurs, are sat on 56 points without any real prospect now of reaching the Champions League – hardly a surprise given some of their Jekyll and Hyde performances over the course of the season. Toffees boss Carlo Ancelotti admitted they were up against it to reach Europe following Thursday’s 0-0 draw at Aston Villa, but vowed to keep plugging away as long since relegated Sheffield United arrive at Goodison Park waiting for the curtains to come down on a torrid season.