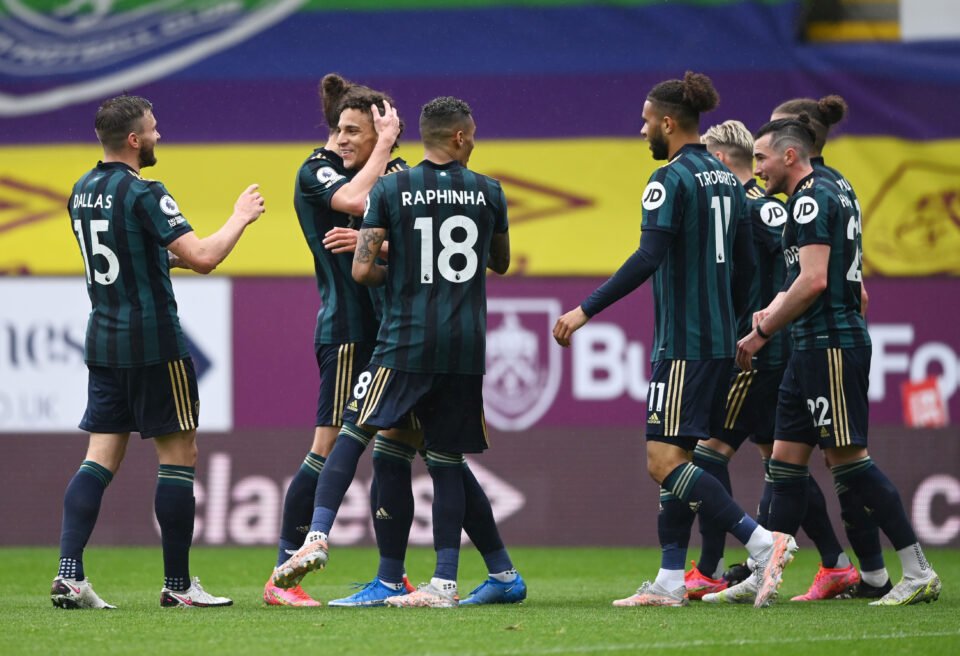 Mateusz Klich, Jack Harrison and Rodrigo were all on target as a rampant Leeds United trounced hapless Burnley 4-0 at Turf Moor in the Premier League on Saturday.

Poland international Klich finished off a flowing United move to open the scoring in the 44th minute, bending his shot around centre back James Tarkowski and past the desperate dive of Burnley keeper Bailey Peacock-Farrell.

Harrison doubled United’s advantage on the hour mark, getting a foot to Ezgjan Alioski’s powerful drive through a crowd of bodies after a corner, to flick home past Peacock-Farrell.

Harrison turned provider for United’s next, scored by substitute Rodrigo, who chipped the ball over Peacock-Farrell from close range in the 77th minute.

The pair combined again three minutes later as United sealed the points in style. Rodrigo could have had a hat-trick as Leeds ran riot in the second half, but was denied twice by Peacock-Farrell.

Both sides are safe from relegation and the win kept Leeds in 10th place on 53 points, two behind ninth-placed Arsenal, while Burnley stay 15th on 39 points.