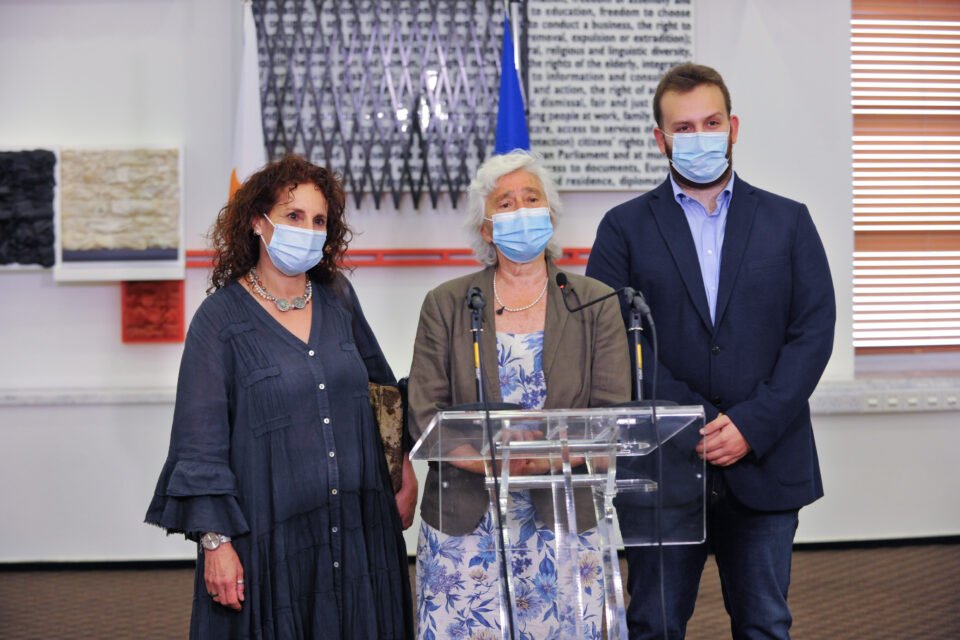 New parties have mushroomed but probably lack the breadth, vision or resources to succeed at the polls

A record 658 candidates submitted their candidacies this week ahead of the May 30 parliamentary election, a lot of them banking on popular discontent with the political establishment and traditional parties in a bid to win one of the legislature’s 56 seats.

Out of those, only seven are independent, the rest belonging to 15 parties and formations including hunters and animal welfare activists.

It is the biggest ever number of parties, groups and candidates to contest parliamentary elections. This year’s 658 candidates are up from 488 in 2016.

Observers consider it reasonable, when big parties go through a crisis, for small formations and independents to try to capitalise, believing they have something different to offer, although most of them do not.

Some are opportunistic formations seeking to take advantage of people’s discontent with traditional parties, which have been tarnished by corruption to varying degrees.

“In most cases, the formation of these groups is mostly characterised by spontaneous or sentimental motives, overlooking the needs and requirements that could warrant a lasting formation that can successfully contest elections,” said political analyst Christophoros Christophorou.

A sustainable scheme requires long-term efforts, huge energy reserves, a lot of human resources and money, along with a communication, promotional campaign.

“Most parties are critically short on these,” he said.

While nothing has come close to this year’s number of new alliances and parties, Christophorou said the emergence of new parties is not a new phenomenon in the island’s political history.

Even back in the early 1940s, when Akel was founded, another party, conservative KEK, followed along with numerous politically affiliated trade unions.

And back in February 1970, four new parties emerged over two to three days after Takis Evdokas founded the pro-Enosis Democratic National Party (DEK) in 1969.

Diko defectors founded Nedipa in 1980, led by Alecos Michaelides who later became foreign minister, and the Union of the Centre – EK, led by Tassos Papadopoulos. Both unsuccessfully contested the 1981 elections together with the Pancyprian Renewal Party.

Former president George Vasiliou also formed his own party after losing the 1993 presidential election, the Movement of Free Democrats, while the adoption of the proportional electoral system encouraged the formation of more parties in 1996, the Green party and the New Horizons.

The political scene started to change, however, as Cyprus moved into the 21st century.

“People are becoming more demanding, trust in parties declined sharply and received a big blow because of the stance leaderships adopted in the Annan Plan referendum of April 2004,” Christophorou said.

Disagreements within Disy led to the foundation of four new parties Evrodi, Evroko, the Movement of Free Citizens, and a formation that contested with success the first Cyprus seats in the European Parliament in 2004.

Other groups have emerged since 2000, and, in total 14 have contested elections from 2001 to 2016, most of them unsuccessfully.

Christophorou said mistrust in traditional parties has many causes, in particular the failure to produce proposals and offer a vision for the future.

“Phenomena of corruption have worsened the situation,” Christophorou said, with the public blaming traditional parties.

He said it appeared that a section of voters who felt alienated were seeking political shelter, a new party that could cover them ideologically and respond to their demands.

There is a party that was created by hunters for example, an older one with animal activists, and one formed by Varosha residents who are disappointed by the political leadership’s handling of the Cyprus problem.

While increased interest in participating in public affairs is positive, there are doubts over the new groups’ chances of success.

“Appearing on the eve of elections offers absolutely no guarantee for success,” Christophorou said.

Most of the 14 parties that appeared between 2000 and 2016 have since disappeared.

On the other hand, formations of people getting together to contest the election without clear ideological or other bonds may succeed but nothing guarantees they will last.

To survive, any organisation needs to convince people about their “raison d’etre”, that their existence serves something, responds to society’s needs.

Small parties have more chances to win a seat or seats today than ten years ago, though this is curbed by the rise of the entry threshold in 2015 to 3.6 per cent, but sustaining an organisation requires much more than the will to exist, Christophorou said.

The chairman of sociologists, Nektarios Partasides says the political system was going through a deep crisis where the substance has been lost and politics has become a spectacle.

Parties have become public relations companies using catchy slogans that are “no different from marketing ads”, and candidates on billboards resemble glamour photos hosted by lifestyle magazines, he told the Sunday Mail.

There is no investment in long-term planning and objectives, and people will not hear from candidates how they plan on fixing the economy, tackling geostrategic issues, and resolving problems in the education system, if elected.

“We don’t see this this. We see slogans. There is no substance,” Partasides said.

It has reached the point where all that counts is a candidate’s potential to be elected, and not the quality of their personal characteristics.

Even all the changes, creation of smaller parties, which disappear after a while, mergers and defections, ultimately aim at making a party sellable to voters.

People, on the other hand, easily decide or agree to stand as candidates because they do not feel the weight of the role they have to play, there is no sense of accountability or responsibility.

He says involving people in decision making could make things better. Living in the digital age makes it easier for people to participate.

“It is inconceivable in the age we live in to say we cannot have direct democracy. Certainly, we can.”