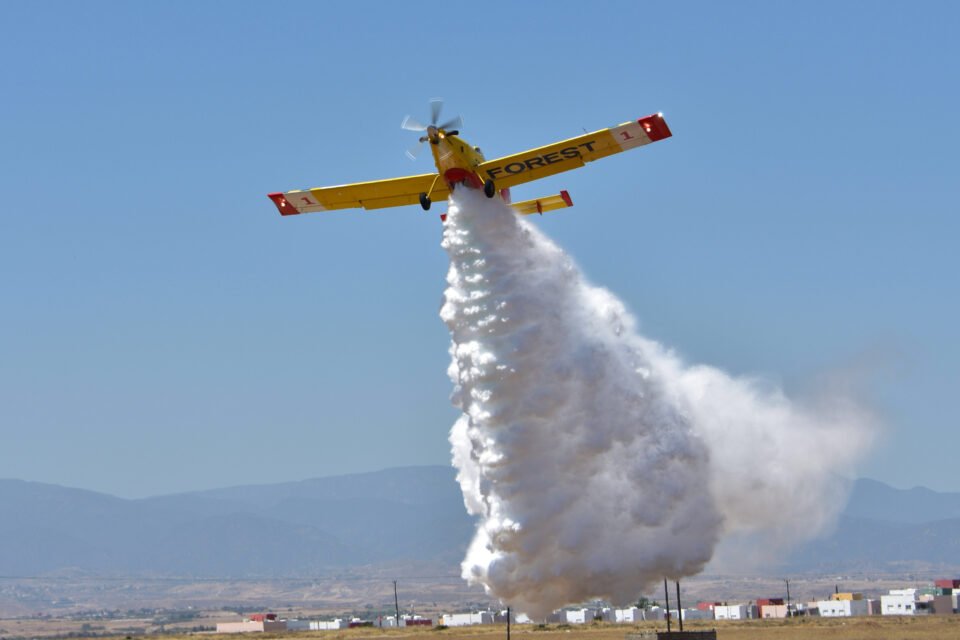 A €1.2m base for firefighting aircraft was inaugurated in Mammari in the Nicosia district on Tuesday by Agriculture Minister Costas Kadis, who pledged the government’s commitment to support efforts to make Cyprus greener and combat climate change.

The event coincided with the annual Forest Protection Week organised by the Forestry Department to raise awareness about the need to guard against forest fires.

The new base boosts firefighting efforts by serving as a landing strip for aircraft participating in firefighting campaigns depending on the proximity of the fire.

“I am certain this project will effectively serve the firefighting aircraft and contribute significantly to achieving their important task,” he said.

With the risk of fires high as temperatures rise, state authorities are on alert and have taken all preventive measures to be better prepared. Kadis paid tribute to all those who help combat fires, and urged local authorities, volunteer organisations, the mass media and citizens to reinforce the fire protection effort.

And he appealed to everyone to avoid any actions or activities that may lead to a fire and to be on alert for situations “resulting not from neglect but intent,” he said, noting the increase in malicious fires of recent years,

Crypto crime down in 2021 through April, but ‘DeFi’ fraud at record