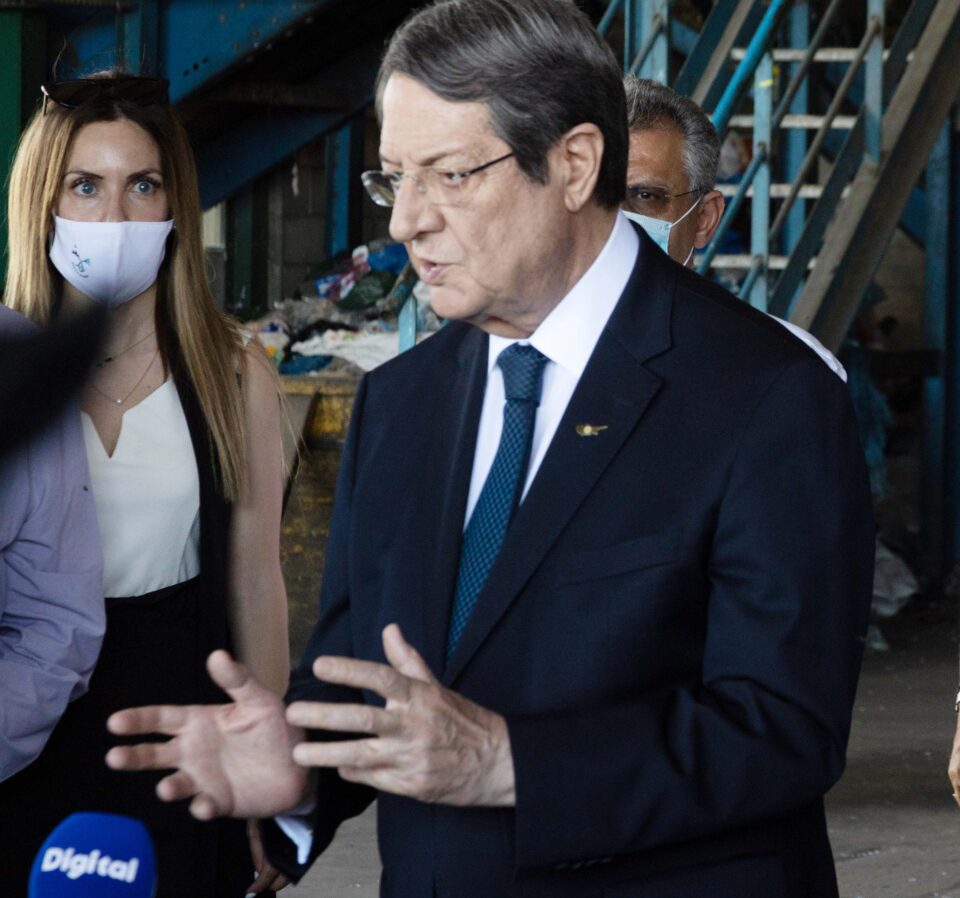 President Nicos Anastasiades accused Diko on Wednesday of proposing nothing and rejecting everything, as he took a shot at the party over an online ad that backfired spectacularly, forcing them to pull it just hours after it was published.

The president said Akel was submitting proposals, as were other parties.

“With all due respect to Mr Makis’ adoptive parents, to date, I haven’t heard one proposal. I only hear refusal, ‘no’ to all,” Anastasiades said.

Makis is a fictitious character from an ad Diko published online on Tuesday but was forced to pull a few hours later because of the backlash.

The ad depicted a Disy voter named Makis, calling the presidential palace and asking to speak with the president – seemingly seeking a favour.

In the ad, the voter repeatedly calls on “bad days” – the president is on a trip to the Seychelles, the release of the Al Jazeera video, the Nicolatou report and so on.

He is consistently told that “today is a bad day” and that the president is not available.

After multiple attempts, spanning three years, the voter receives a call from the Palace and is told that the president is available to speak with him – at which point the voter declines, saying that “Now that you’re available, I’m not… I’ve decided, I’m voting Diko!”.

The intended message of the ad – highlighting a string of scandals and implying that Disy is corrupt – apparently missed its mark.

The take-away for many is that the voter is seemingly undeterred by the scandals but is aggrieved at not being able to call in a favour, instead saying he will vote for Diko – perhaps trying his luck there.

Commenting on the ad on Wednesday, Anastasiades said the response was given by the people who reacted and “forced Makis’ adoptive parents to withdraw it.”

“It is not a tactic and policy that must be followed in my view but a party that wants, as it claims, to play a decisive role in the country’s political life,” the president said.

“The real parents of corruption protest about Makis’ adoptive parents,” the party said.

Anastasiades also rejected Akel’s criticism of the government’s ambitious recovery and resilience scheme. The main opposition party described the scheme as “reheated food” which the government had tried to serve on several occasions in the past.

“It is the first time this food is served, and it is in fact very useful and nutritious,” Anastasiades said. “As long as we all cooperate so that it does not become indigestible.”

Cultural memory of Cyprus gets a contemporary interpretation