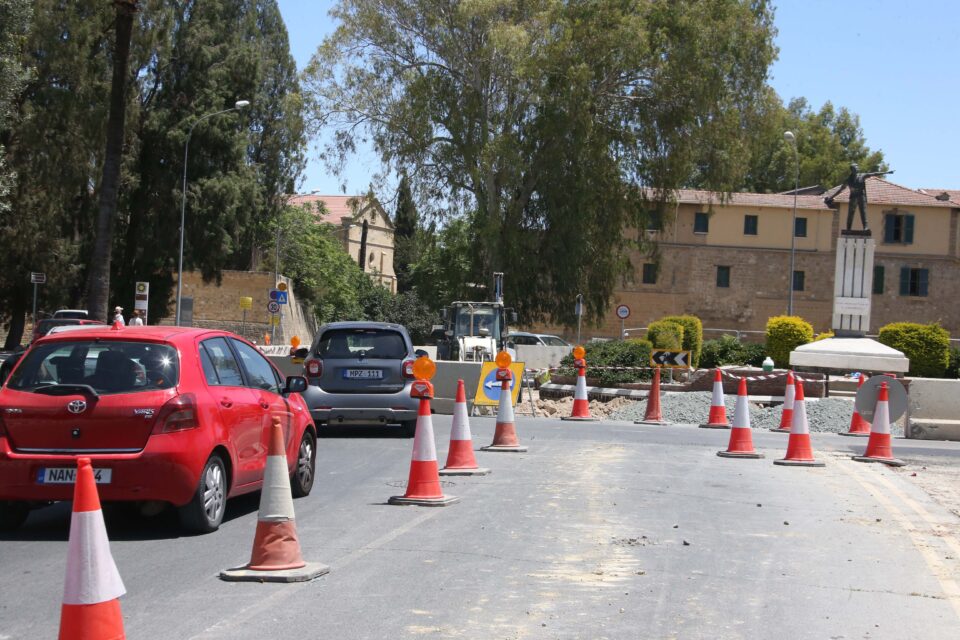 The roadworks taking place in Nicosia at the Markos Drakos roundabout close to the Paphos gate are part of a bigger project aiming to connect universities in the capital to the city centre, according to a spokesperson at the Nicosia municipality.

Last year, a government initiative seeking to speed up the promotion of smart cities and the transition to digital and eco-friendly infrastructures by promoting innovation as a sustainable economic tool was approved by the council of ministers, following a proposal by the deputy ministry of research, innovation and digital policy.

“This is a big and ambitious project that could transform the way citizens circulate in the city, especially young ones, such as university students,” the spokesperson told Cyprus Mail.

“The roadworks need to be carried out in separate phases as they concern different parts of the capital.

“For example, the construction of bike lanes near the parliament in Nicosia has already been completed a few weeks ago and now the project moved near the Paphos gate,” the spokesperson said.

Other newly built bike lanes can also be found on Prodromos Avenue, near the Pedieos bridge and near the Greek embassy on Byron Avenue.

The project is coordinated by the transport ministry in cooperation with local municipalities, in line with EU directives on sustainable development strategies.

The roadworks at the Markos Drakos roundabout will last until June 18, before moving to another location, the municipality said.

The entire bike lane project is expected to be completed by the beginning of October 2021, according to sources working at the transport ministry.

In addition to the construction of bike lanes at the roundabout, the asphalt is also being upgraded in order to improve the driving conditions for motorists.