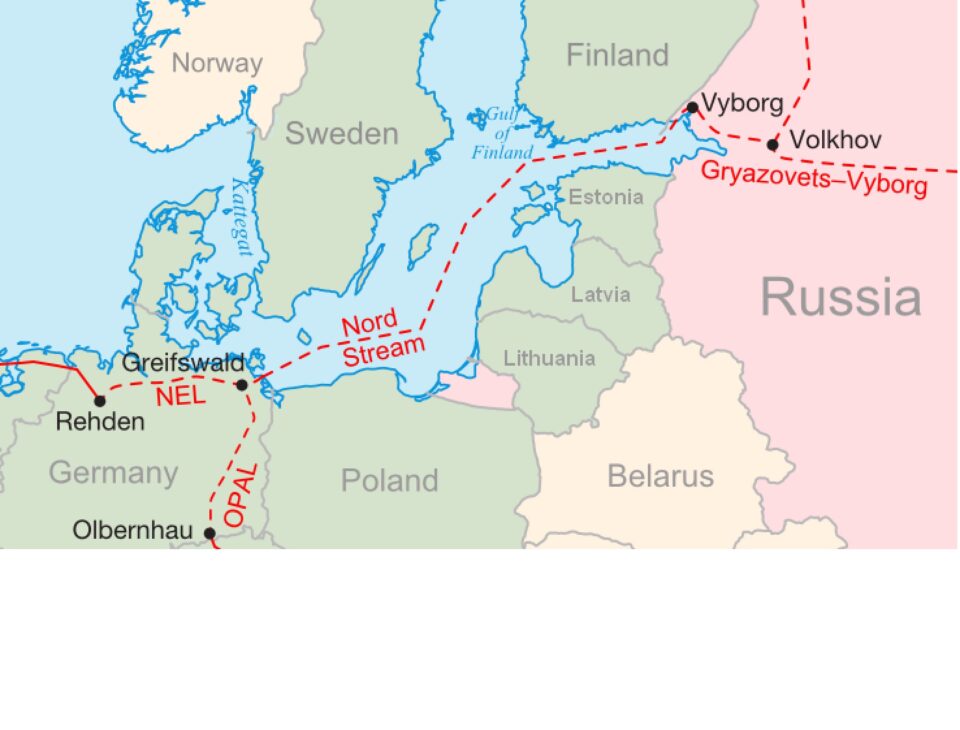 Map of the Nord Stream 2 pipeline

The decision came as the Biden administration seeks to rebuild ties with Germany, after
relations deteriorated under Republican former President Donald Trump. The waivers have
no specific end date, but can be rescinded by the secretary of state.

The State Department imposed sanctions on four Russian ships, including the Akademik
Cherskiy, which began pipe-laying for the project in Danish waters in April. It also imposed
the measures on five other Russian entities, including the Russian Marine Rescue Service.

“Today’s actions demonstrate the administration’s commitment to energy security in Europe,
consistent with the President’s pledge to rebuild relationships with our allies and partners in
Europe,” Blinken said in a release, issued as he met with Russian Foreign Minister Sergei
Lavrov in Iceland for an Arctic Council conference.

President Joe Biden, a Democrat, has opposed the $11 billion project that would take Russian
gas from the Arctic to Germany, saying it is a bad deal for Europe. The United States is an
exporter of natural gas to Europe in the form of LNG, but Russian gas is cheaper.
Washington fears Russia could use Nord Stream 2 as leverage to weaken European Union
states by increasing dependency on Moscow.

Russia’s state energy company, Gazprom, and its Western partners are racing to finish the
pipeline to send natural gas under the Baltic Sea. The project, now about 95 per cent complete,
would bypass Ukraine, depriving it of lucrative transit fees and potentially undermining its
struggle against Russian aggression.

A US official conceded that stopping the project would be difficult but that Washington
would keep trying. “We inherited a pipeline that was over 90 per cent complete and so stopping it
has always been a long shot,” the State Department official said.
At the rate it is being constructed, Nord Stream 2 will be finished before the end of the year, if
not sooner, analysts said.

US lawmakers from both parties who oppose the project said the sanctions did not go far
enough, as Russia could likely continue work.

Senator Jim Risch, the senior Republican on the Senate Foreign Relations Committee, said
the waivers will be “a gift to Putin that will only weaken the United States’ leverage in the
lead up to the impending Biden-Putin summit.”

Biden “should do everything possible to accomplish what the Trump administration failed to
do for four years: stop the completion of the Nord Stream 2 pipeline for good,” said Senator
Bob Menendez, a Democrat and chair of the committee.

Yuriy Vitrenko, the new CEO of Ukraine’s state-owned energy company, Naftogaz, said Nord
Stream 2 is Russia’s “most malign and dangerous geopolitical project” and that Ukraine
would ask Washington to fully apply its laws and impose sanctions to stop the pipeline.

US officials hope the waiver will give time for discussions with Germany on potential
negative effects of the pipeline and provide some leverage to deepen cooperation on broader
issues, such as the pandemic, climate change, the economic recovery and dealing with China
and Russia.

The waiver also “provides space for diplomatic engagement with Germany to address the
risks that a completed pipeline would pose to Ukraine and European energy security,” the
State Department official told reporters.

Germany has been pressing for the United States to drop its opposition to the project,
arguing that the overall relationship was too important to sacrifice over what Berlin has
described as a commercial project.