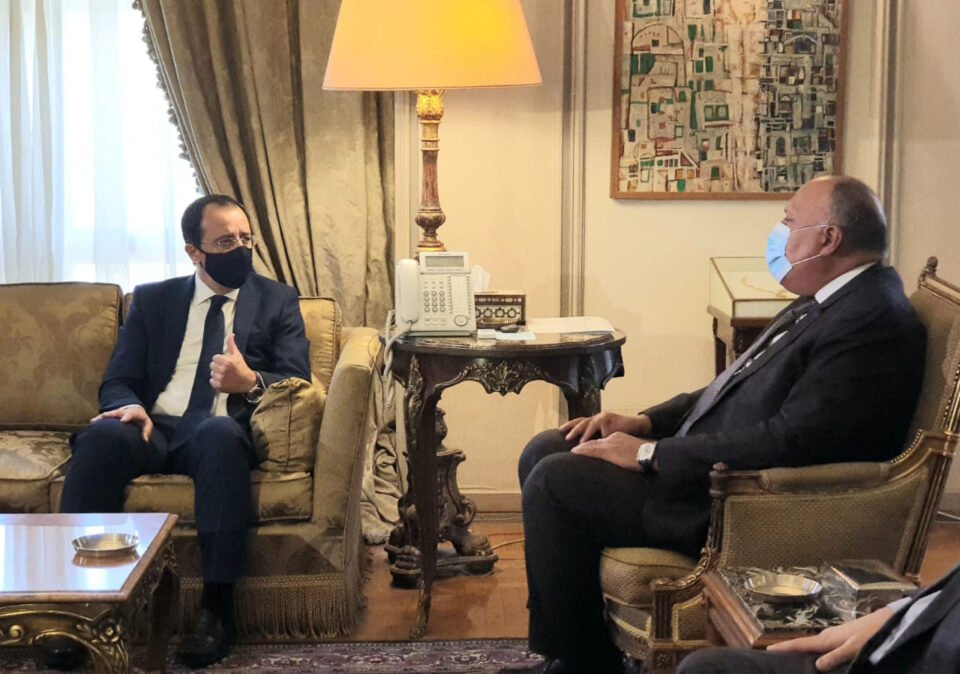 Egypt’s President Abdel Fattah el Sisi on Saturday expressed his country’s support for a solution to the Cyprus problem during a meeting in Cairo with Foreign Minister Nikos Christodoulides.

On his part, Christodoulides congratulated El Sisi for Egypt’s instrumental role in brokering a cease fire deal between the Palestinians and Israel, a fact that, according to Christodoulides, shows Egypt’s positive role in securing stability in the wider region.

Christodoulides and the Egyptian President discussed the state of play in the Middle East, the latest developments in the Cyprus problem and issues concerning energy and regional cooperation.

The meeting reaffirmed the two countries’ will to further strengthen bilateral relations, especially in the fields of trade, education and tourism.

Highlighting the cooperation between the EU and Egypt in issues such as combating terrorism and strengthening security, Christodoulides stressed Cyprus’ support to Egypt in its ties with the EU.

Issues of bilateral cooperation and regional issues were also on the agenda of a meeting Christodoulides had with his counterpart Sameh Shoukry.

Christodoulides, on working visit to Cairo, was welcomed at the foreign ministry by Shoukry and they then held a tete-a-tete meeting for an hour.

Foreign ministry spokesman Demetris Samuel wrote on Twitter that partnership between Cyprus and Egypt is “going from strength to strength, founded on respect for international law and positive agenda for [the] region”.

The two ministers discussed bilateral cooperation and regional issues of priority for both countries.

They then held consultations with delegations from their ministries.

A minute with Maria Flouri Singer