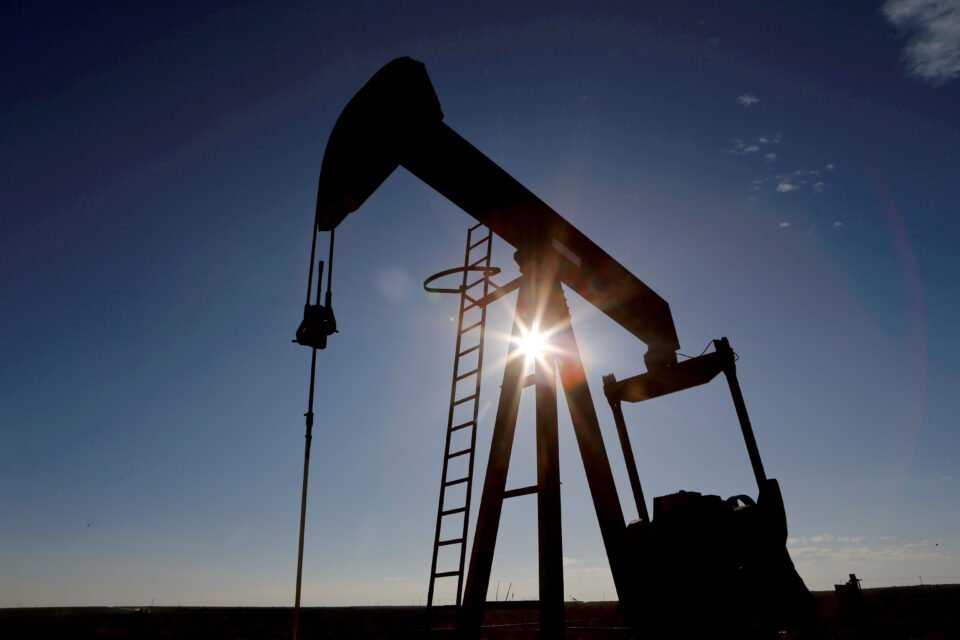 A crude oil pump jack in the Permian Basin

The headline this week was ‘BP dodges new climate target calls as activist pressure grows.’ The climate change pressure on international oil companies (IOCs) carries on increasing no matter what concessions they make. And this affects their operations and investments, including in the East Med and of course in Cyprus’ EEZ.

In addition, 2020 turned out to be ‘annus horribilis’ for the IOCs. Under the combined effects of a global collapse in energy demand, brought about by Covid-19, and the inexorable growth of renewables, all of them suffered massive losses and were forced into unprecedented write-offs of tens of billions of assets. Under the long-term low oil and gas prices now prevailing these are considered to be undevelopable.

The world has also veered decisively towards bringing climate change issues to the forefront, not only in terms of energy but also politically. Europe took the lead in this direction with its ambitious Green Deal. But the election of Joe Biden to the US presidency gave this the additional momentum it needed and global leadership.

Building towards COP26, to be held in Glasgow in November, the climate crusade has now become unstoppable. With US leadership, the devasting consequences of emissions on global climate bombarding TV screens daily, and rapidly declining costs of renewables, policymakers, banks and investors are prioritising action to control global warming. The world’s largest banks and investment institutions are committing to a low-carbon future. It is fast-becoming a case of not just ‘peak oil’, but also of ‘peak oil investment’.

The IOCs are now forced to adjust and operate in this new, highly challenging, environment – their very existence in under threat. Adjust or wither.

Recovery from Covid-19 has brought about a respite, with increasing oil and gas demand and prices. But a new, bombshell, report by the International Energy Agency (IEA) presenting a ‘Roadmap to Net Zero’, has tightened the screw much further. As the FT put it, the IEA is “calling time” on the fossil fuel industry. It is calling for a stop to new oil and gas exploration – by asking investors to stop funding such projects and instead divert all funding to clean energy – and a faster transition to cleaner fuels.

This may not be practical or feasible at present and neither is it clear how the world will get there. But it is fueling the climate debate and activists who are piling the pressure on oil companies.

It is also affecting the role of natural gas as a cleaner transition fuel. The IEA states in its new report that in order to keep global temperature increases this century to 1.5C global natural gas demand must peak by 2025 at 4.3 trillion cubic meters per annum (tcm/yr) and drop to 1.75 tcm by 2050. Low demand and ample supply capacity will also lead to low prices, with the IEA now projecting average LNG prices staying below $4/mmbtu in the longer-term. That creates a huge problem for all oil majors and financing of new projects.

In Europe gas is facing an ‘existential crisis’ as a result of new climate policies that are now affecting investment in new natural gas projects and plants. European Commission vice-president Frans Timmermans said in March that there will only be a “marginal role for fossil gas” on the path to net zero emissions by 2050, with gas demand expected to drop substantially by 2030.

It is in this fast-evolving environment the IOCs are finding themselves as they set up their strategies for their post-Covid-19 developments and operations, with potentially huge consequences for the East Med. Not only is East Med gas expensive to develop and get to global markets, but the recent regional turmoils caused by a belligerent Turkey, Libyan instability, the lingering Israel-Lebanon dispute and the Israeli-Palestinian war threatening gas platforms offshore Israel, may be becoming too challenging for the beleaguered oil companies to tackle.

Entering 2021, the IOCs have been presenting their strategies for the future to their shareholders, outlining plans to face these fast-evolving global challenges.

Facing investor anger over its high spending and accumulated debt, ExxonMobil reduced planned capital expenditures massively and has shelved plans for a rapid rise in oil production during the next four years, focusing instead on the Permian and Guyana. But it is still facing huge activist pressure, calling for a board overhaul and major changes to the company’s strategy on climate and capital allocation, despite returning to profit.

Chevron has committed to “higher returns, lower carbon,” based on a more disciplined and lower capital and cost programme, investing in only the highest-return projects and committing to the Permian Basin and energy transition.

As a demonstration of its future plans and its clean energy strategic commitments to achieve net zero by 2050, Total is changing its name to ‘TotalEnergies’.

All these IOCs made scant references to their East Med plans so far in 2021 and none mentioned the Cyprus EEZ.

These developments may be happening too fast. The world will not transition from oil and gas to renewables overnight. It will need time. Apart from everything else, the technologies to achieve this are still under development. If, as a result of this pressure, under-investment in oil and gas projects continues, supply shortages and higher prices may be the eventual outcome. What is needed is a transition that matches the development and deployment of new cleaner energy sources. But the pace of political and activist pressure and change may be endangering that.

In the meanwhile, with IOCs being forced to lower spending and concentrate on larger, easier-to-develop and higher-margin projects, East Med may end-up becoming the victim. Some activity may return, for example ExxonMobil completing unfinished business in block 10, but it is unlikely to return back to the levels and plans prior to Covid-19.

The East Med is no longer a high priority for the IOCs, battling for survival in a fast-changing energy world. Their priority is to get transition right and their future development strategies are geared in that direction.

Egypt, with its huge internal market and low-cost liquefaction plants, may still be able to carry on exploiting its natural gas resources, while expanding renewables.

But Cyprus, Israel and Lebanon will have to rethink the future. Relying on the IOCs and gas exports may no longer be viable. Future developments are likely to be regional, centered around transiting to clean energy. In order to avoid being left behind – with vast economic and energy consequences – they require new and vastly different energy strategies and policies.

Who will Disy support? Official line is free vote but party divided (Update 2)