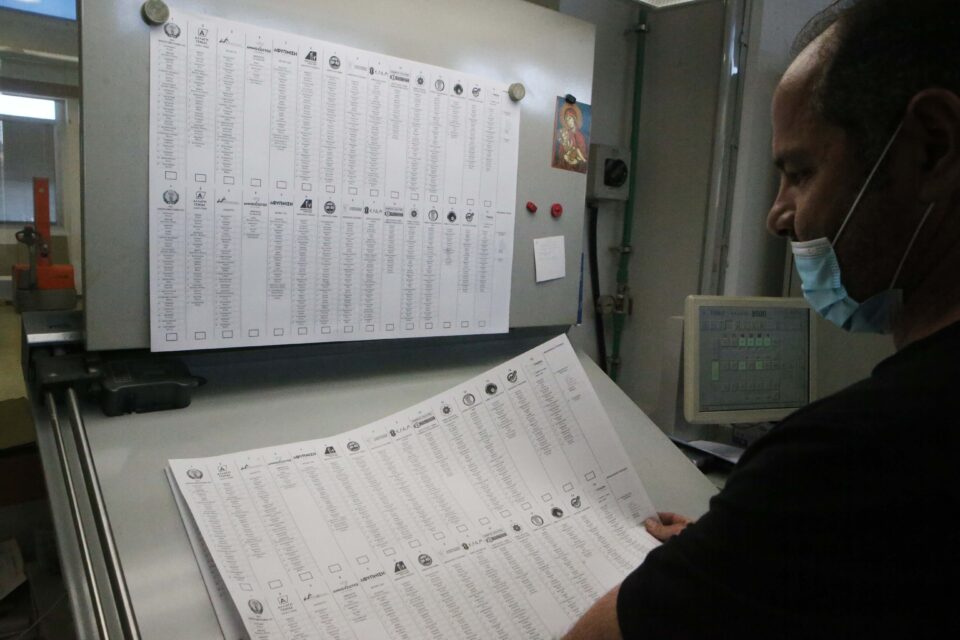 This coming Sunday we will elect 70 per cent of the members of the House of Representatives, i.e. 56 Greek Cypriots, for a five-year term. The remaining 24 seats, 30 per cent of the total and belonging to the Turkish Cypriots, will remain vacant as they have since 1963 when President Makarios unilaterally attempted to amend the Cyprus constitution.

The Greek Cypriot seats are allocated, by district, as follows: Nicosia, 20; Limassol, 12; Famagusta, 11; Larnaca, six; Paphos, four and Kyrenia, three. The seats are allotted in three stages. The first is effected according to the number of votes taken, while the second and the third are based on the total votes secured by a given party, the minimum allotment threshold being 3.6 per cent.

The fact is that Cyprus’ electoral system is inherently contradictory and erratic because it delivers the executive power of the state to the president of the Republic, who is directly elected by the electorate, in the middle of the term served by the members of parliament. The president has almost absolute power to dictate the composition of the cabinet of ministers and of the government in general. The legislative power, meanwhile, is granted – in the 2016 parliamentary elections, for instance – to seven opposition parties of which the five smaller parties managed to get less than 26 per cent of the total votes cast.

As a consequence of this mismatch in the distribution of political power between the executive and the legislative arms of the state, multiple problems inevitably arise in the smooth functioning of the state. In the day-to-day running of its functions, the government finds itself constantly subjected to the fire power of the seven opposition parties to which most mass media readily provide a forum very similar to that placed at the disposal of the governing party. Implementing the pre-election commitments of the president, and by extension the government is another issue, given that it is practically unfeasible to implement such pre-election commitments as a result of the legislative authority being under the control of the opposition.

This unacceptable state of affairs inevitably leads to unproductive confrontations and blackmail but also to illegitimate and politically unacceptable deals that promote collusion and corruption.

This inherent problem of our political system has been exacerbated by the unacceptably low quality of candidates participating in the election process, who – with very few exceptions – have been consumed during their election campaign in making irresponsible, populist pronouncements focusing on their “good intentions”.

I have watched many television appearances of such candidates and I cannot recall a single case where the candidate felt the need to identify the source of the funds needed to finance the project he or she so readily appeared to be committed to implement in support of “the poor and the needy”. Needless to say that equally unacceptable were the journalists interviewing the candidates, who demanded a response by saying “you have two minutes (yes, two minutes and sometimes far less time) to transmit your message to the electorate”!

Almost all the candidates rated the Cyprus problem and corruption/collusion as being the most important issues confronting the country. As far as the Cyprus problem is concerned, all clearly knew what they did not want, while many knew what they wanted to see happening without, however, paying any attention to whether their goal is attainable or not. Most of them confined themselves to proclaiming that “we must all fight with all our strength for the salvation of our homeland”. Their approach reminded me of those old-fashioned signs “Save the forest from fire” seen on the mountain roads!

In the case of corruption and collusion, the situation is even worse. Going on the basis of the candidates’ statements, it is abundantly clear that they lack a clear understanding of the nature of the problem and have a far poorer understanding of what needs to be done to eliminate the problem. Not a single candidate has made any reference to the recently published White Paper on the causes that have prevented the fight against corruption or to the detailed legislative actions it proposed that would lead – with reasonable certainty – to resolving the problem within a relatively short period of time. Admittedly, the study of the White Paper would have entailed investing at least two hours and is definitely not a task that could be accomplished “in two minutes”!

Given all this, how should a serious, country-loving voter behave at the forthcoming elections? My subjective response to this critical question is the following: do not exacerbate the prevailing problem of anarchy (lack of effective government) by boosting the power of the smaller political parties that will secure a seat in the newly elected parliament. By doing so, you will effectively provide an alibi for the government to cover up its own incompetence, shortcomings and omissions. Vote for one of the two large political parties of Cyprus, but do not vote blindly. Vote for those candidates of your chosen party who stand out for their serious, responsible behaviour and their integrity. Vote for those who seek to tackle the big problems confronting the country in a responsible fashion by avoiding flamboyant statements and interpersonal conflicts and confrontations. Fortunately, such people do exist among the candidates of the two large political parties. Strengthen their voice.

There is an added reason for taking the above approach. I find the positions taken by the remaining political parties – with the sole possible exception of the case of Famagusta for Cyprus – hollow and lacking in terms of substance or, at best, as statements of good intentions that have no prospects of being realised. Yes, I refuse to vote for somebody who says “vote for me because I’m good at it and I’ll do a good job”. Anyone can make this claim. It’s not enough.

Oil majors in a state of change