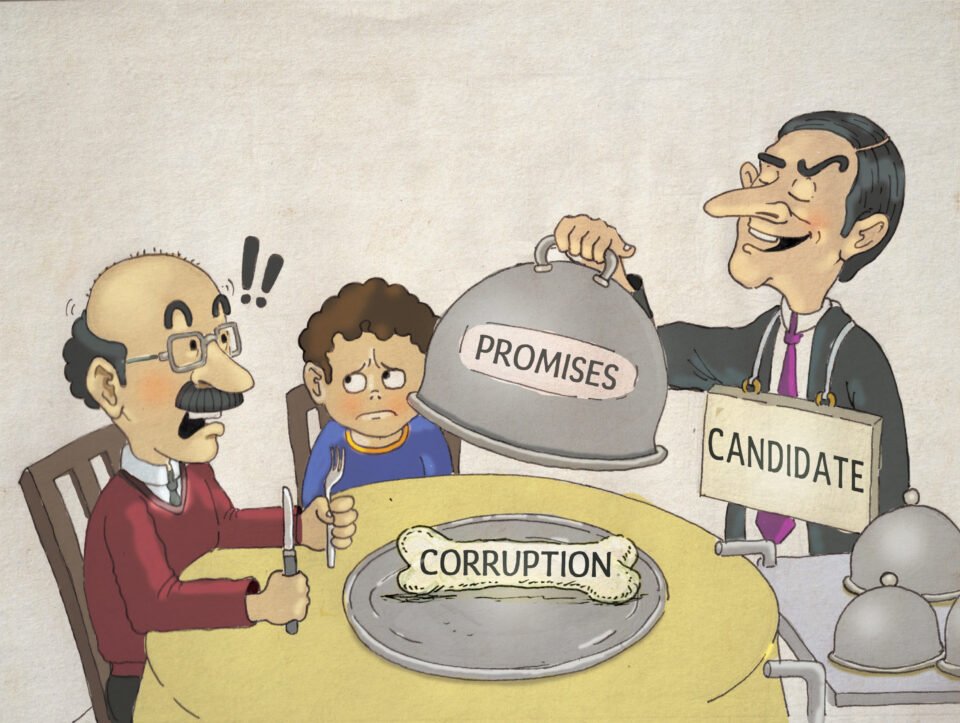 IT WAS INEVITABLE that a small part of Kyproulla would be affected by the fighting between our strategic ally Israel and our former buddies in the Palestinian territories. Rarely could there be a conflagration in the region without having some effect on the centre of the universe.

Phil reported on its front page on Tuesday that “the residents of the area around the Israeli embassy (in Nicosia) are inconvenienced every time a rocket is launched from Gaza or from Tel Aviv.” It added: “Even during ‘peaceful times’, a whole neighbourhood in the centre of Nicosia, in Ayii Omologites, feels like it is living every day in a war zone, with road-blocks, closed roads, policemen… The day before yesterday, with the demonstration by Palestinians, the nightmare returned.”

Being a death-defying resident of this war-zone for the last eight years, during which time I have not heard a single gun-shot or bomb explosion, I felt Phil’s report, which covered a half page in the paper apart from being the main caption story on the front, leaned a bit too heavily on poetic licence. How did last Sunday afternoon’s demonstration of a few hundred pro-Palestinian protesters, who gathered outside the embassy, qualify as the return of the nightmare?

The nightmare most residents of the war-zone have is that they will see a parking ticket on their car because of the limited parking spaces in the area, even during ‘peaceful times’.

THE DEMO was noisy but peaceful and dispersed after less than an hour. In terms of decibels it was nothing compared to the noise made by hooting car-racers and motorcyclists that descend on the war-zone every night. Before the curfew this unrelenting din lasted until the early hours.

Of course, as Phil’s intrepid reporter wrote, “protest events could, under certain circumstances, possibly take on uncontrollable dimensions, with residents being caught in the middle.” He also wrote, without quoting anyone, that “residents wonder whether they are operating as human shields against prospective attacks by Israel’s enemies.”

The reporter did not mention any of the positive points of living in the war-zone. Embassy camera surveillance and patrols by embassy security staff checking cars, parking lots and the contents of wheelie-bins make the area one of the safest in the capital. I bet there are no house burglaries in the war-zone, thieves knowing they will be spotted.

I will not say anything else in case I start sounding like an estate agent. I will just return to the nightmare of my second occupation as a human shield of the Israeli embassy in the war-zone.

WHENEVER the Cyprob reaches a new dead-end Prez Nik fights off the onset of depression and grief by writing letters. In an interview on Antenna TV a few days ago he revealed that he had written to President Joe Biden to inform him about the negative stance of Turkey and the Turkish Cypriots at the Geneva conference.

A couple of weeks ago he had engaged in a flurry of letter-writing. Government spokesman KK informed us that the Prez had written to the five permanent members of the UN Security Council, the heads of EU institutions and to heads of states and governments of EU members. In these letters he informed the recipients about what had happened in Geneva and the unacceptable Turkish positions “that do not contribute to the creation of common ground for the resumption of talks.”

The song and dance made by KK about these letters you’d think that the recipient would actually read it. I suspect not even the secretary that vets the correspondence would read beyond the first paragraph before filing it in the recycle bin. The Prez also wrote to the UNSG to ask for a meeting with Ersin Tatar in his presence.

The sending of letters to the secretaries of powerful people has proved a very reliable and effective diplomatic weapon for bending Turkish intransigence over the years as the result shows.

QUESTIONS are being asked about the sudden collapse in the number of daily Covid cases despite the number of daily rapid tests remaining ridiculously high. We were down to double figures on Thursday and although the cases rose to 135 on Friday we are on a steep downward path and it is only a matter of time before the number of cases goes below zero.

This may be a slight exaggeration but it could work wonders to attract tourists. The low number of cases will be very helpful when the UK government reviews its country categorisations because it might move Kyproulla from amber to green, thus allowing Brits to holiday on the sunshine isle where anxious hoteliers are waiting for them with open arms and brass bands.

Has the drop been caused by the naughty citizens of Kyproulla finally listening to their rulers and behaving in a Covid-appropriate way? The omniscient epidemiologists reckon it is down to the vaccination programme while my barber reckons it is because we are still wearing face masks outdoors, except on crowded beaches.

I am inclined to agree with the crazy doctor Madsakis, who has maintained that Covid-19 is a seasonal virus like the flu and will disappear in the summer as happened last year. Rejoice, the season of mask-wearing outdoors is over. And if a cop stops you in the middle of the street to ask why you are not wearing one just tell him ‘I thought I was at the beach.’

A BEAMING Prez last Monday presented the “the most ambitious plan that ever existed for the transformation of Cyprus into a model, modern country.” It was an “historic day” he said, “because today we are laying the foundations for Cyprus of tomorrow.”

He was talking about the national plan for recovery and resilience that has been named Cyprus – tomorrow, and which will be funded by the EU to the tune of €4.4 billion over the next five years. The plan was based on five pillars, the fourth of which set out the course for a new digital age which would “digitally transform central government and local authorities, that is, establishing e-government in all sectors.”

You wonder how realistic is this target in a central government mainly made up of low-productivity, pen-pushing paper shufflers. If digital transformation actually happens half the jobs in the public sector will become redundant. What are the chances of Pasydy’s public parasites allowing this to happen? My bet is it will take at least 10 years for the tenders’ procedure for the digitalisation contract to be completed.

Public parasites have the power and the expertise to ensure tomorrow never comes.

THE SYSTEM for the administration of justice will also be digitally transformed, said Nik. This might prove much more difficult than the transformation of central government considering the justice system seems not to have moved out of the 19th century yet.

I visited the Nicosia courts a few weeks ago to submit an affidavit and because of the lockdown conditions you had to wait at the window of the registry. There was a clerk only at one window and he was serving someone in front of me. After waiting for five minutes, I got impatient and went to the window to see what he was doing.

He had a mountain of papers and he was stamping every single one of them after a quick look at it. He could have been authenticating every page of Tolstoy’s War and Peace as far as I could guess. I was about to leave when a clerk arrived at another window.

For a smoother digital transformation we might have to move the justice system into the 20th century first.

I refer to Marios Hannides, formerly the general manager of the CTO, a post to which he was appointed by the late comrade Tof. If he was not standing for Edek I might have voted for him, I thought when I saw the billboard. I abandoned the idea when I saw an interview he had in Politis, which ruined everything for me.

DIKO got a lot of stick for its ‘Makis’ advert on Twitter and pulled it after 24 hours. Then again, the publicity it generated made it the most successful ad of this election campaign by far – for two days everyone was talking and writing about it – even though it was pretty dumb.

It had a Disy supporter Makis, calling Prez Nik’s office on different occasions asking to talk to him, but each time being told by the secretary the prez was too busy dealing with scandals to come to the phone. When Nik’s secretary finally calls Makis to tell him the prez can speak to him, he informs her he does not want to talk to him and that he will be voting for Diko.

The big question is why was Makis calling Nik? Was he going to ask for a rusfeti that Diko would now deliver? Of course not, Makis wanted to ask the Prez to clamp down on corruption, something Diko can do much more effectively.

HAVING failed spectacularly to achieve his lofty goals as foreign minister, Nikos Christodoulides appears to be muscling in on the job of the finance minister in the hope of getting some credit for the Cyprus-Tomorrow plan. His ministry was co-organiser of an event for promoting Economic Diplomacy and Innovation, to which he invited all the ambassadors.

“At a time when vaccinations are gaining a dynamic, the world is moving to a new phase in the fight against the virus, we are at a critical juncture, as the pandemic offers us a unique opportunity to rebuild a more resilient, participatory and sustainable recovery,” he said.

Economic diplomacy also offered Nikos the unique opportunity to rebuild his failing political career as there are presidential elections in 2023, but he did not mention that.

Our View: No chance of new parliament taking action on corruption