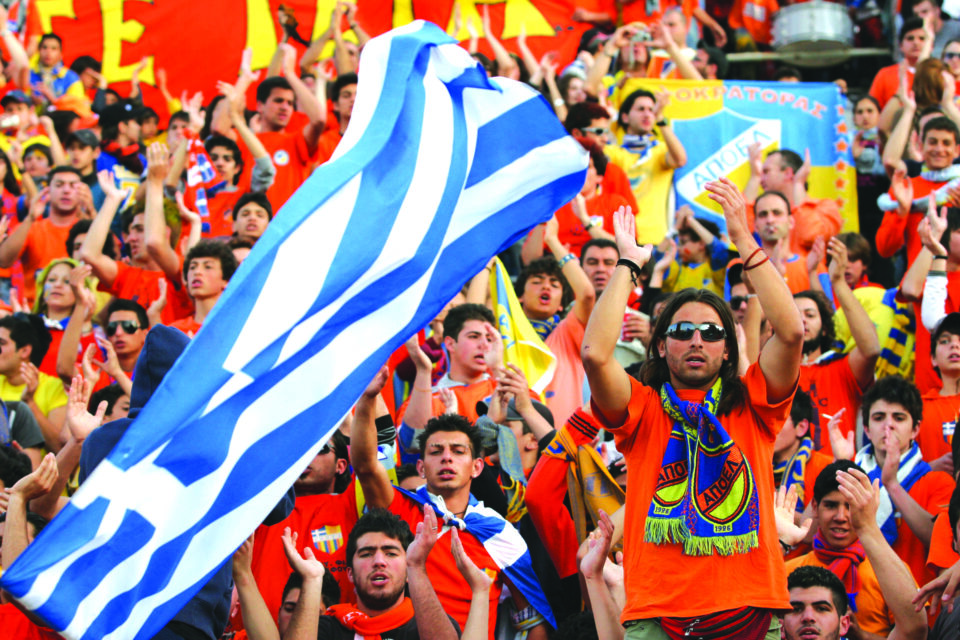 In an election climate in which parties, politicians, candidates, citizens, TV and press are all exchanging fire about a bizonal, bicommunal federation and trading insults about corruption, nobody is interested in seriously discussing the looming dangers of Elam’s meteoric rise in the last decade.

The extreme right Elam, which started out as a subsidiary of Greece’s Golden Dawn, managed from 2009 to 2019 to increase its share of the vote in elections from the embarrassing 0.22 per cent to the massive 8.25 per cent. Opinion polls ahead of the May 30 parliamentary elections indicate that Elam will substantially increase its vote share. It could surprise everyone by ending up as the third party.

Cyprus society should be deeply concerned about this development. Extreme right/fascist parties are against democracy, opposed to personal freedoms and the freedom of the press while their secret agenda is the abolition of parliamentary democracy and its replacement by a dictatorship under the fuhrer. This is why everyone, not just the government, must be on alert in order to safeguard our democratic institutions even if they are not operating perfectly.

The paradox is that in such cases the government may need to resort to non-democratic methods so as to preserve democratic institutions. This was the dilemma faced by the Weimar Republic, when it failed to take measures to stop the rise of the Nazi Party because it had not violated the law. The colossal cost of this inaction, the devastation caused by World War II, was not paid by Germany alone but by the whole of humanity.

Bearing in mind that in a democratic country, a party cannot be outlawed as long as it is operating within the bounds of the constitution, the government must strike at the root of the evil. What are the factors that have contributed to the rise of Elam? One reason is the leaking of votes from the right-wing section of Disy to Elam. Another reason – mentioned countless times – is the ultra-nationalist education system. But the main reason, that is unfortunately underestimated, is the influence exercised by Elam over teenagers belonging to the so-called organised supporters of football clubs. This nationalist party has artfully managed to spread its tentacles among the fan clubs of nationalist football clubs. The symbols of the groups such as the Greek flag, swastikas, pictures of General Grivas are similar to those of Elam. So when a teenager turns 18 and has the right to vote, he does not think of any other party than Elam to back, unless of course he deviates.

The exploitation of the obsession with football for political party purposes that takes place in Cyprus does not happen anywhere else in the world. We should not delude ourselves that this sort of thing happens in other countries. Yes, in Italy, Rome club Lazio attracts the fascists because it was the club supported by Mussolini, but this cannot be compared with what is happening in Cyprus’ football grounds.

Consequently, we should not be surprised that all opinion polls show, very clearly, that the group that most stridently rejects a bizonal, bicommunal federation is that of the young voters. If nothing changes, it is only a matter of time before Elam becomes one of the two or three biggest parties of Cyprus. The dangers not just for democracy but also for the survival of the Cyprus Republic are now visible.

To avert this possibility, there is an urgent need for radical measures: the banning of all symbols, flags, photographs etc from football stadiums. By this method not only is the transfusion of blood to Elam stopped, but it would also limit racism, given the sought-after identification of supporters with the Greek flag which encourages racist feelings of national superiority. In stadiums in European countries, racism is persecuted. In the UK, the slogan ‘No room for racism’ can be seen everywhere in football grounds. By banning flags, we also stop the degradation of the Greek flag, which represents the whole nation and not just extreme rightists and fascists. After all, a flag should unite rather than divide people. Cutting the football clubs’ links with political parties would also lead to a clean-up as it would reduce the number of matches fixed along political lines.

Are we citizens going to say and do nothing faced with this nightmarish scenario? Or will we react like the people of Melos towards their Athenian ‘allies’ who wanted to subjugate them? “We who are still free, would be worthless and cowardly if we did not do everything we could to avoid being enslaved,” said Thucydides. The question is whether we will prove to be Melians or cowards? So far, and this is disappointing – the bookmakers consider the latter the more likely outcome.