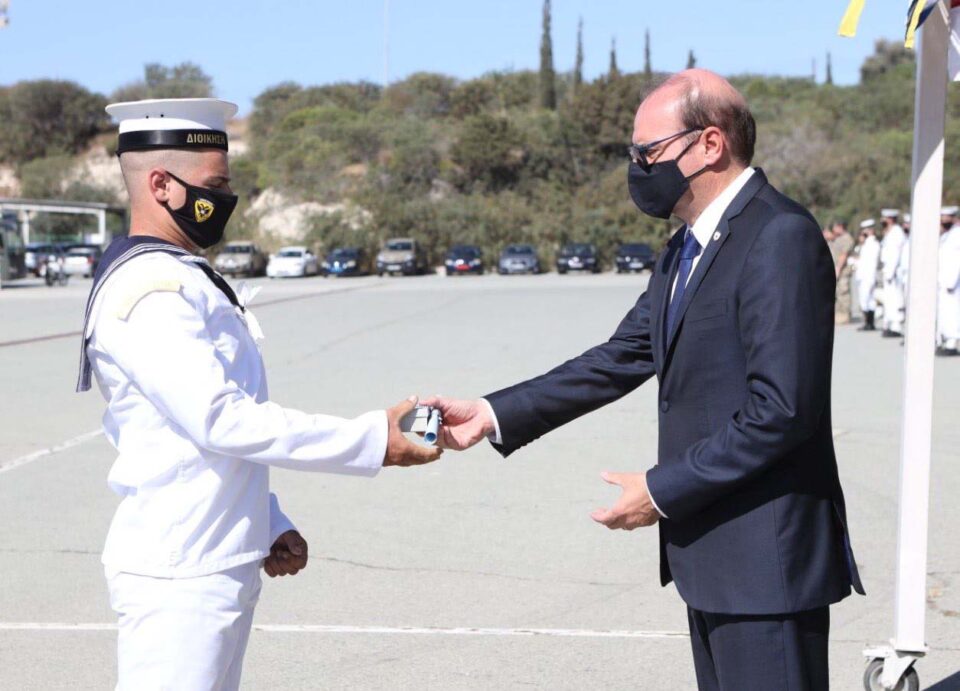 Cyprus has been transformed into a pillar of stability in the region by building closer ties with other nations, Defence Minister Charalambos Petrides said on Monday.

Petrides emphasised the important role of establishing bilateral relationships, particularly over the past few years, which has led to military cooperation.

Speaking at an award ceremony for the graduates of the submarine destroyers unit of the navy, Petrides said that military training exercises with countries such as the US, Greece, Egypt, Israel, Germany and the UK have greatly enhanced the capabilities of the national guard.

“Through such exercises our men are enriching their knowledge,” he said at the Evangelos Florakis naval base in Mari.

Petrides made special mention of the French forces and the presence of the Charles de Gaulle aircraft carrier, which he visited on Sunday.

At the ceremony, Petrides said further exercises with France are to be held in the coming weeks.

He also referenced the recent military exercises with France, which saw Rafale fighter jets probing local military instalments, saying that he hopes to increase such cooperation with other nations.

“Over the past few years, Cyprus has been transformed into a pillar of stability in the Eastern Mediterranean, through a network of bilateral, trilateral and multilateral cooperation based on respect for international law,” he said.

Referring to the graduating soldiers, he said the ceremony is the culmination of their painstaking efforts and sacrifices which had led them to discover their limits and endurance.

The best way of growing avocados from seed

Coronavirus: Measures could be relaxed as numbers drop, expert says