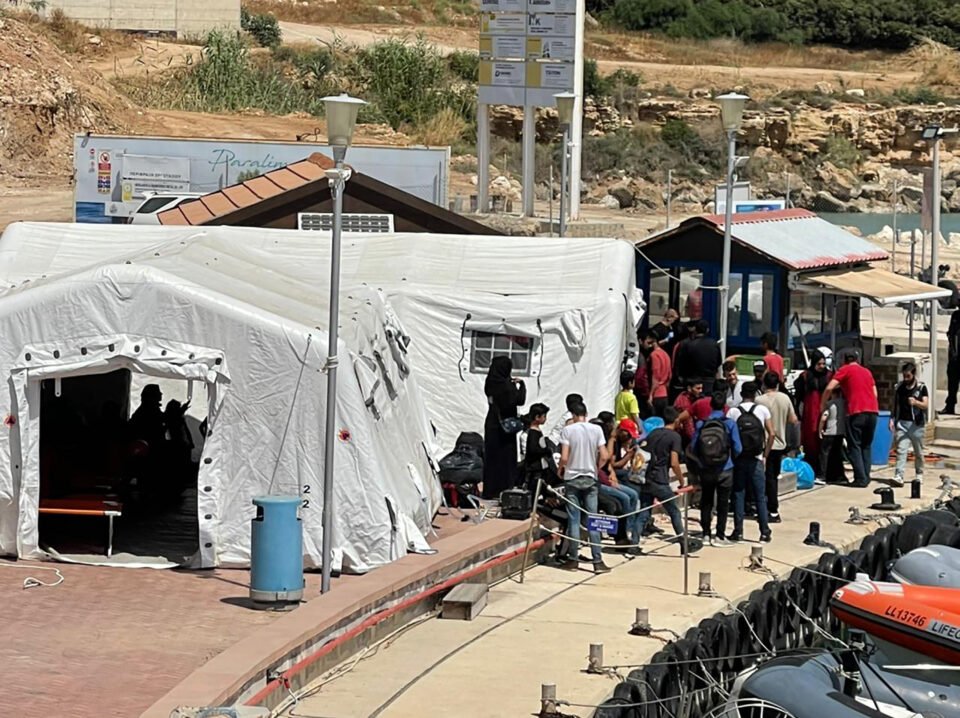 Tents set up for the migrants at Ayios Nikolas fishing shelter

Tents have been erected at Ayios Nicolaos fishing shelter in Protaras for 102 irregular migrants from Syria who disembarked on Tuesday, five days after their boat arrived in the Cape Greco area, the Cyprus News Agency reported.

It was the second of two boats with some 100 irregular migrants each to have arrived in east Cyprus last week, prompting Interior Minister Nicos Nouris to inform the EU that Cyprus could not accept any more such arrivals. Passengers of the first boat were taken to the Pournara reception centre in Kokkinotrimithia last Friday.

According to the Cyprus News Agency, the coastguard spotted the boat at around 14 nautical miles northeast of Cape Greco on Thursday, May 20.

A coastguard vessel went to the area. On the boat were 34 men, 20 women and 48 children.

Initially, the boat was to have been accompanied to Larnaca port, but it was later decided the passengers remain aboard.

On Tuesday it was taken to Ayios Nicolaos fishing shelter where the irregular migrantss disembarked to be accommodated in tents set up by civil defence pending checks on their identity and tests for coronavirus.

They will then be taken to Pournara.

Mything the ordinary: the mundane world in miniatures

How to get your feet summer ready