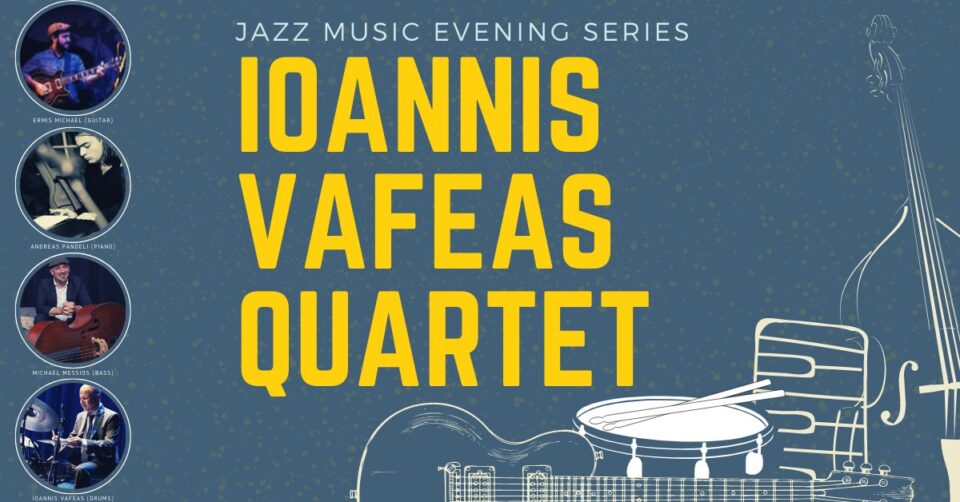 The Roof Top Bar in Limassol’s Agora will hold its first jazz night this week with a live performance by the A. Vafea Jazz Project. On Thursday, between 8pm and 10pm, a great line-up of first-rate musicians will entertain jazz lovers, with Vicky Anastasiou on vocals, Andreas Panteli on piano, Ermis Michael on guitar and Ioannis Vafeas on drums.

“Your jazzy destination for this summer is the Roof Top Bar by Limassol AGORA,” say organisers, “with upbeat melodies, signature cocktails and a great variety of tasty platters!”

More performances will follow by musician Vafeas accompanied by his fellow musicians. Just last week the Ioannis Vafeas Trio performed at the Studio Tapas Bar in Nicosia where they will perform every other Tuesday from now on. Their next live at the Nicosia bar is on June 1.

Later on in June, on Friday 11, the Ioannis Vafeas Quartet will perform at Technopolis 20 in Paphos. Ermis Michael, Michael Messios and Vafeas will perform some jazz classics from the Great American Song Book, some compositions of the post-bop era, as well as music from their latest album, Catharsis which was released in 2020.

Jazz on the Roof

Flick to take over as Germany coach after Euro 2020