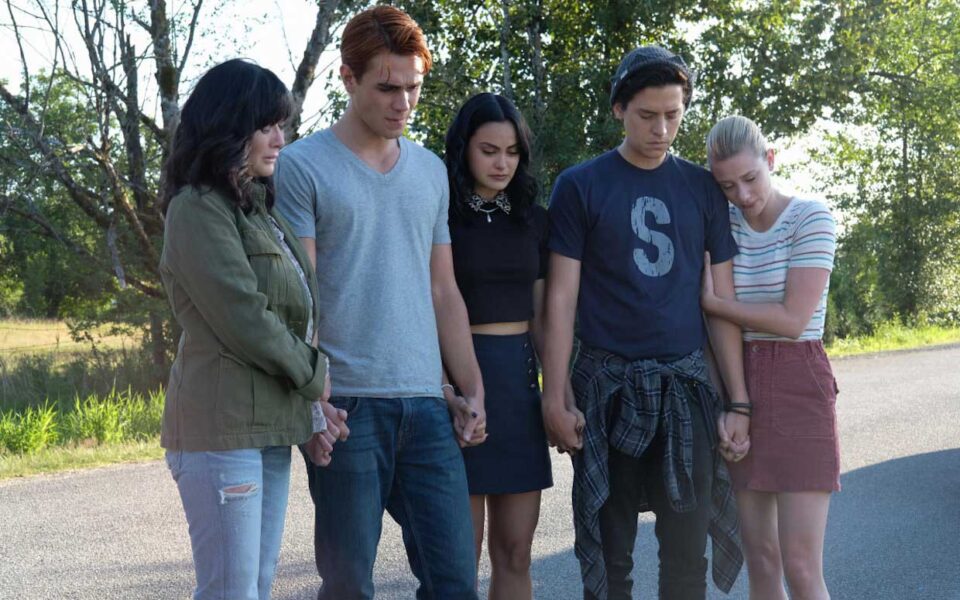 In a small town called Riverdale, teenagers have more important things to engage in than homework and exams. Instead, here a group of American high-school students chase after criminals and serial-killers – more effectively than the police.

Similar to Cyprus, this fictional town is seemingly “safe, decent, innocent” but on a closer look, “you start seeing the shadows underneath”, as one of the protagonists narrates, an aspiring writer who appears to be drawing inspiration from the real-life happenings of Riverdale.

Typical for a teen series, sex and romantic relationships among the inclusive (at least with sexuality) group dominate. Corruption is also among the main themes of the show, along with addiction, while the writers also highlight the complexity of familial issues.

Non-typical for a teen series, there is almost no annoying dialogue among the characters. That said, there are some pretty cringy lines, but “there’s always room for one more kitty in my litter box”.

Red is the signature colour of red-head Cheryl – to the point where no other student is allowed to wear it. What the show doesn’t directly tell you is that each teenager and their families are linked to specific colours, which bind together to create the show’s colour palate.

The sudden break into a song, which becomes more frequent as the storyline unfolds, was not my favourite thing. Even though I do appreciate musicals, the voice editing was not enough to rescue some of the actors’ and actresses’ vocals.

On the plus side, you are rewarded with a good dance show.

If you were a fan of The Archie Comics, you must have realised that the show is only loosely based on the 79-year-old comic book series. However, I still live in the hope that Sabrina the teenage witch will suddenly appear from the neighbouring Greendale for a few episodes in Riverdale. After all, she won’t die crossing the Sweetwater river…

Benefits of investing in cryptocurrency