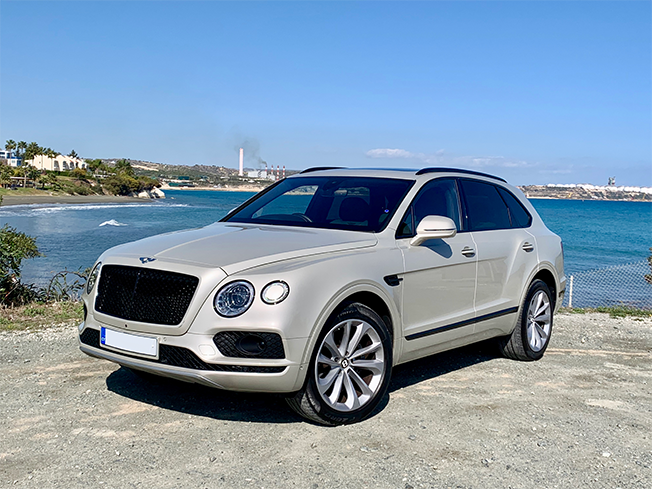 With depreciation on early cars further catalysed by a recent facelift, you can now get into one of these for under €100,000. That’s still a lot of money, of course, but it’s a bargain considering the amount of car you’re getting

It is almost inconceivable to think that there was a time when SUVs were bought by people who needed SUVs.

Nowadays, the ‘utility’ aspect of a Sports Utility Vehicle mostly pertains to being able to park on pavements outside your favourite café and peer down on other road users from your elevated driving position.

Their transition from a tool to a luxury over the last two decades has been extremely profitable for manufacturers. Early Cayenne sales are widely acknowledged to be the reason for Porsche’s continued existence, and the DBX has arrived to save Aston Martin from the brink of bankruptcy – with the model expected to make up 60 per cent of global volume in 2021.

The decision for a luxury car manufacturer to build an SUV has not been difficult. ‘Okay shareholders, what do we say to turning on a money printer whose only required input is a bit of brand dilution?’ In just the last five years Aston Martin, Rolls Royce, Lamborghini and Maserati have all built SUVs, with even Ferrari set to join the party from next year.

The sector pioneers, however, the first brand to test the SUV market up above €200,000, were Bentley.
The Bentayga came out back in 2016, and despite an enormously thirsty 12-cylinder engine and price tag nudging a quarter-of-a-million euros with options, an average of 13.6 cars have left the factory every single day since then. Not bad if you’re Bentley, but probably not ideal if you’re a buyer from new. The sheer number sold, along with fears about lofty maintenance costs have led to these cars holding value like Greek government bonds.

With depreciation on early cars further catalysed by a recent facelift, you can now get into one of these for under €100,000. That’s still a lot of money, of course, but it’s a bargain considering the amount of car you’re getting. The one I have today is a 2019, pre-facelift V8 model, with a market value in the vicinity of €140,000, having originally stickered at over €210,000.

Starting under the hood, the 4.0 litre motor is hugely competent, but somewhat uncharacteristic. This is on no level a sports car – it’s not even a sports SUV, yet it shares underpinnings with ‘sportier’ VW group offerings like the Audi SQ7 and Porsche Cayenne.

Bentley say they’ve tuned the exhaust to offer a lower pitched ‘waffle’ than in the other cars, and the engine mapping is also comfort-tailored, but somehow the disguises don’t quite do the trick. The throttle response in comfort mode is hilariously lackadaisical – through the first half of pedal travel the car feels like it has about 150hp, not 542, and in sport mode it’s a little too on edge.

Don’t get me wrong, the engine is very punchy, but you have to work it up the rev range to extract power – and that, if you ask me, is not very ‘Bentley’. The torque should arrive at lower RPM to facilitate wafting, but there’s only so much clever engine mapping can account for – I suppose in this case there really is no replacement for displacement.

Bentley used to build their own 6.75 litre V8, but it was legislated out of production last year. You could get around this gripe by buying a W12 car, but the running and maintenance costs of that engine over this mass-produced V8 will likely sting in the long run. The Bentayga will definitely benefit from going all electric.

Another thing that takes some getting used to is just how big this car is. Even compared to normal SUVs, it feels cumbersome and heavy – driving this car without passengers on a regular basis would definitely play on my environmental conscious.

That being said, it does mean the inside is spacious. Spacious and of exceptional quality. Everything feels very well put together and little details like the machined-metal air vents will keep you marvelling at the impressive attention to detail throughout. Saying this, I can’t quite fathom what they tried to achieve with the buttons. All over the cabin they’re plastic and make a distinct plasticky ‘click’ when you press them. Its intentional and being a Bentley I am inclined to believe this is luxury, but the buttons on an S class certainly feel more premium.

Also, you need a PhD in advanced telecommunications to connect your phone to the Bluetooth system, and I promise that’s not just me being silly.

Despite some gripes, however, I (predictably) enjoyed my time with the Bentayga. You’ve got to consider when assessing one of these that a lot of the car’s draw, a large part of the reason why Bentaygas have proved so popular, stems from qualities that are hard to quantify or communicate. It’s just… a Bentley. Its big, imposing, solid, quiet and it bears a badge which will draw all of the hand-dryers at your local carwash away from the Range Rover they’re working on and over to you. It makes you feel a cut above the rest, but subtlety – all the time treading the line between quality and ostentation in a way that the G63’s and Lamborghini Urus’ of the world can only admire.

If you’re interested in one of these, I think they’re coming into fantastic value. The facelift looks a bit sharper but there are no upgrades so pivotal that they’re worth the €100,000-odd premium. Also, while the hand-me-down VW group drivetrain might be grounds for complaint amongst picky journalists like me, it also means that reliability will be good, and servicing won’t require you to sell any organs, so you can enjoy a 2.5-ton dollop of hand-built, half-price English craftsmanship (almost) worry-free.