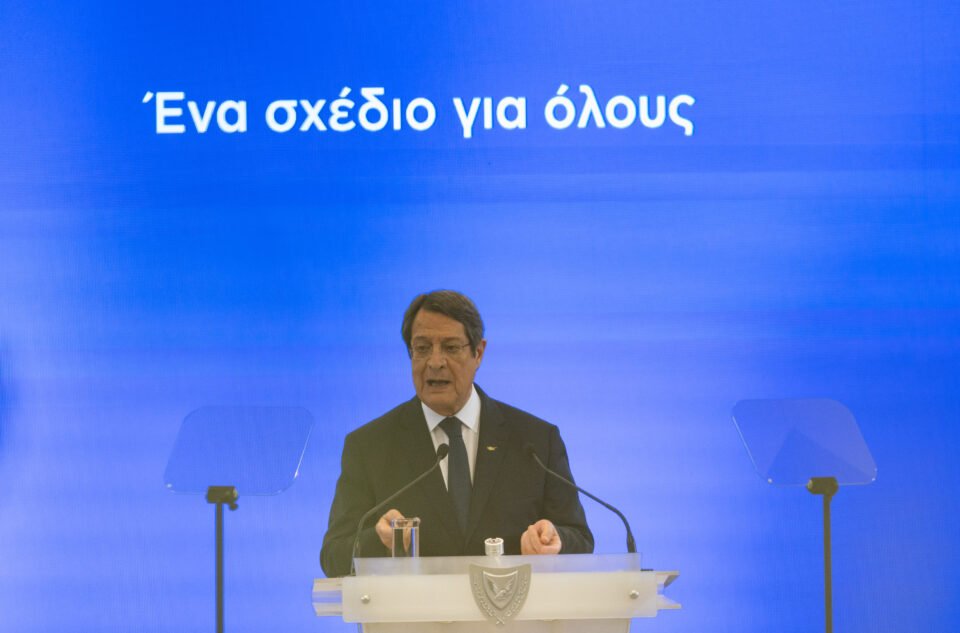 Anastasiades laying out he plan for a better tomorrow last week

President Nicos Anastasiades said the government will continue to work to secure the future of the young people of Cyprus.

“I have realised how much more I owe to young people until the end of my term,” Anastasiades said during a speech at a Disy youth meeting in Dali on Thursday evening.

The president referred to his own participation in Disy youth and later Disy and ensured young people that the government “will work and continue to work” to build “confidence and certainty in Tomorrow”.

“What I care about is tomorrow, it is you, it is our youth, that will give that perspective,” Anastasiades added.

He also referred to the island’s recovery and resilience plan during the post-Covid era, dubbed Cyprus Tomorrow, which was announced last week.

The scheme, backed by the EU’s Recovery and Resilience Fund, is expected to create thousands of new job positions.

Beyond modernising the government-controlled areas, the government aims “to reunite the country and turn it into a state structure that will be as modern as the rest of the European states,” the president said.

The aim is “to make this country independent and completely sovereign, unchecked by any guarantors and guarantor forces, away from the presence of any occupying army,” he added.

The government claims the same rights for “our Turkish Cypriots compatriots”, Anastasiades said.

Men’s ‘Big Three’ in same half of French Open draw