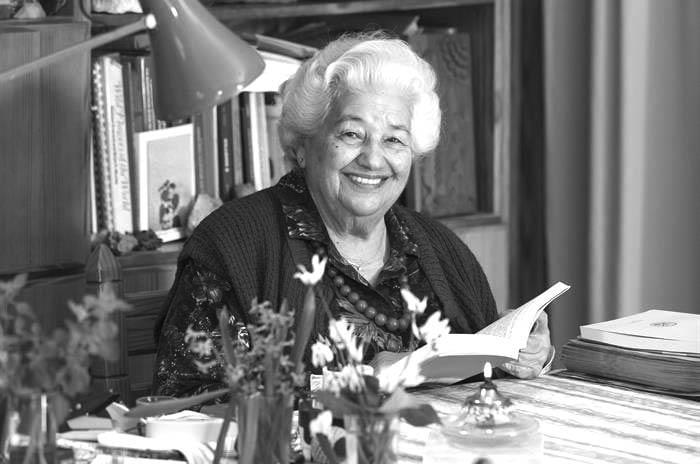 Renowned writer and politician Rina Katselli passed away on Friday at the age of 83, the Kyrenia municipality announced in a post on Facebook.

Katselli is considered one of the most important contemporary Cypriot playwrights and prose writers.

In 1981, she became the first Greek Cypriot woman to serve in Cyprus’ House of Representatives following Turkish Cypriot MP Ayla Kazim Halit in 1963 who had taken the parliamentary seat when her husband died in a car accident that year.

Katselli served in the House of Representatives as a member of Diko from 1981 until 1996.

Born in Kyrenia in 1938, after completing secondary school in the late 1950s, she joined the Eoka struggle for independence from British rule and was at one point imprisoned for a month by the colonial authorities.

Katselli’s literary work frequently drew on her experience of displacement from Kyrenia after the 1974 invasion, including her most famous novel ‘Galazia Falaina’, which she published in 1978.

Her husband’s family built the famous Dome Hotel in Kyrenia, which opened in 1934. In 1974, during the first phase of the Turkish invasion on July 20, the hotel sheltered British citizens living in the area who sought refuge there, while a few days later, hundreds of Greek Cypriots did the same.

“Rina Katselli honoured her city and the whole of Cyprus,” the Kyrenia municipality said.

“She distinguished herself in the struggle for the freedom of her homeland, her contribution to the political events of our country, her invaluable contribution to literature, poetry and the arts, but especially for the preservation of the memory of our Kyrenia through her rich and valuable literary work.

“She fought with all her strength and means at her disposal for a return to the city she loved so much,” the post said, adding that details of her funeral would be announced shortly.

Shortly after the announcement, the education ministry also expressed its condolences for Katselli’s passing.

“The stamp of her bitter refugee experience is reflected in her literary works, especially in her memoir titled ‘Refugee in My Homeland: Cyprus 1974’, where she symbolically identifies herself as a ‘woman of Kyrenia’.

“She became one with her hometown, which revealed her conscious choice to serve her country in many ways, salvaging valuable elements of history and culture with dedication and immersion.

“Katselli symbolised the unyielding commitment to her native land and was a living example of intellectual perseverance and resistance,” the education ministry said.

In 2010 Katselli received the ‘Republic of Cyprus Award for Literature, Arts and Science’.

Low number of personal data breaches by parties this election