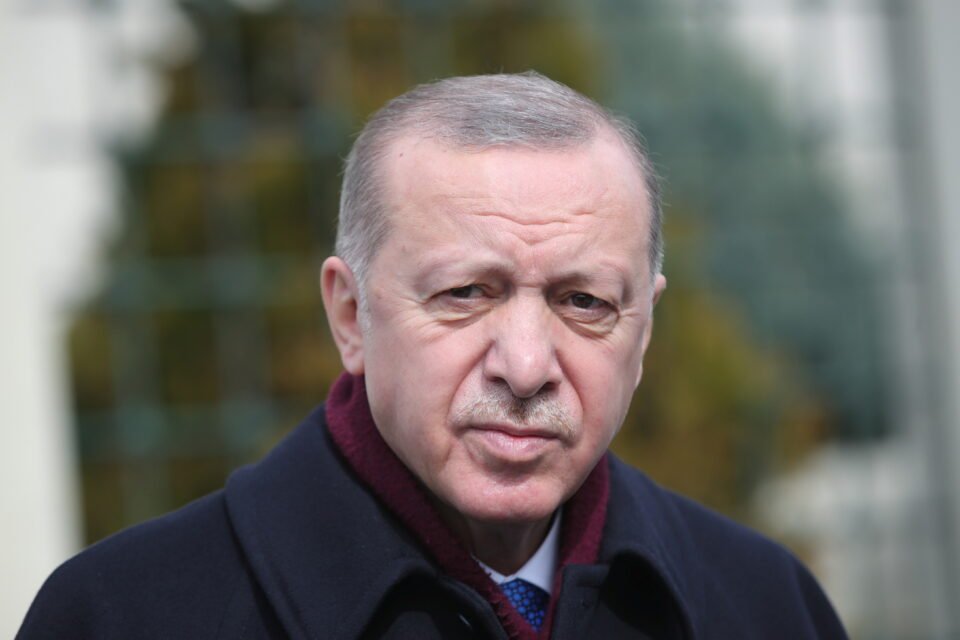 Turkish President Tayyip Erdogan has launched a tirade over the Cyprus issue saying he was the only one still living, along with one top former EU official, who really knows what went in during the high-level negotiations in Burgenstock, Switzerland in March 2004.

In an interview with Turkish channel TRT on Tuesday night, Erdogan spoke on several topics such as Turkey-US relations and the situation in the eastern Mediterranean, also touching on the Cyprus issue and Ankara’s often fraught ties with the EU.

Erdogan said when other politicians talk about Burgenstock, not even Greek premier Kyriacos Mitsotakis knows what really went on there at the highest level.

He referred to the fact that former UN Secretary-General, the late Kofi Annan, presided over the 2004 talks, though Erdogan failed to remember that Annan’s special envoy Alvaro de Soto was also in at the highest level. De Soto aside, he was also likely referring to the fact that the leader on the Greek Cypriot side at the time, Tassos Papadopoulos is also deceased.

There was one other person at the talks, he said, who participated on the part of the EU, and that was Gunther Verheugen who was the EU Commissioner for Enlargement at the time. “Wherever he went he was telling the truth,” said Erdogan. “But no one gets up to ask him now.”

Indeed, after Greek Cypriots rejected the Annan solution plan in late April and a week later joined the European Union on May 1, 2004, Verheugen publicly accused Cyprus of “cheating its way” into EU membership.

Erdogan said that in the middle of the Burgenstock talks Greece and the Greek Cypriots were ready to leave the table and only Kofi Annan stopped them, saying: “You cannot leave,” according to the Turkish president.

“Annan told them ‘I gave my word to Erdogan. We will finish the work here and then we will leave’. They [the Greek side] came back and sat down. And after that meeting a referendum was held. They said ‘yes’ in the north and then they [the EU] allowed the south to join,” said Erdogan. “They are not honest and now they come and without shame they tell us we have no rights over the gas and oil around Cyprus?” he added. Erdogan said if it was up to Brussels, they would ask Turkey to disappear from the region altogether.

Referring to French President Emmanuel Macron who in late 2019 said Nato was becoming brain dead, Erdogan said that without a “strong Turkey, the transatlantic military alliance was “not strong”.

In this context, Erdogan had harsh words for US President Joe Biden ahead of the upcoming Nato summit on June 14. “At the meeting, we will ask why the Turkey-US relations are going through such a tense period,” said Erdogan who added that he has worked with a number of former US presidents including Barack Obama and Donald Trump.  He did not “have such a tension with any of them”, he said. The anger towards Biden however has more to do with the US’ recent recognition of the 1915 Armenian genocide. “Those who corner Turkey this way will lose an important friend,” said Erdogan.