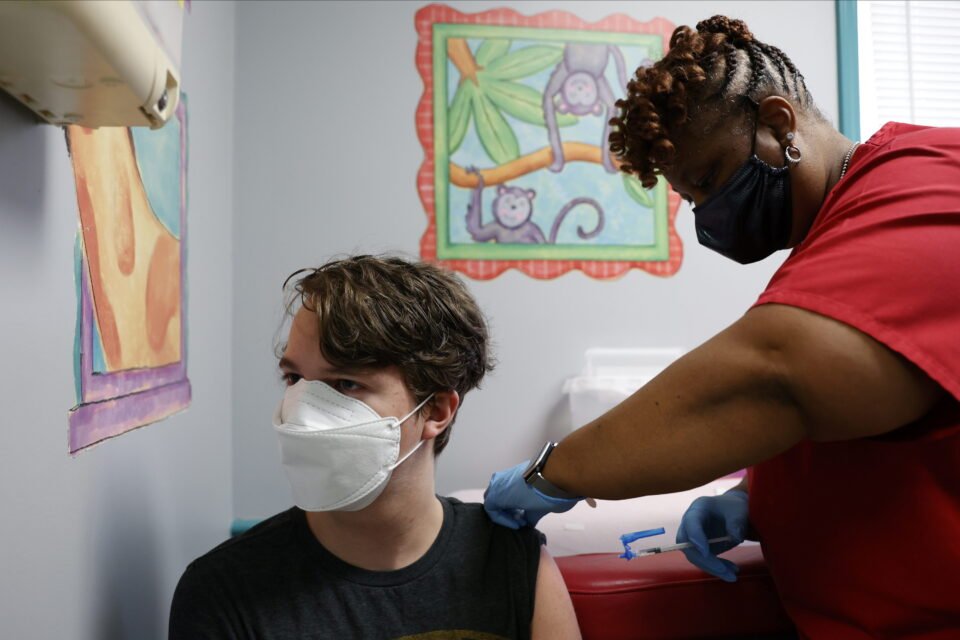 Israel’s Health Ministry said on Tuesday it had found the small number of heart inflammation cases observed mainly in young men who received Pfizer’s COVID-19 vaccine in Israel were likely linked to their vaccination.

Pfizer has said it has not observed a higher rate of the condition, known as myocarditis, than would normally be expected in the general population.

In Israel, 275 cases of myocarditis were reported between December 2020 and May 2021 among more than 5 million vaccinated people, the ministry said in disclosing the findings of a study it commissioned to examine the matter.

Most patients who experienced heart inflammation spent no more than four days in the hospital and 95% of the cases were classified as mild, according to the study, which the ministry said was conducted by three teams of experts.

The study found “there is a probable link between receiving the second dose (of Pfizer) vaccine and the appearance of myocarditis among men aged 16 to 30,” it said in a statement.

According to the findings, such a link was observed more among men aged 16 to 19 than in other age groups.

Pfizer said in a statement that it is aware of the Israeli observations of myocarditis, noting that no causal link to its vaccine has been established.

Adverse events are thoroughly reviewed and Pfizer meets regularly with the Vaccine Safety Department of the Israeli Ministry of Health to review data, it said.

Israel had held off making its 12- to 15-year-old population eligible for the vaccines, pending the Health Ministry report. In parallel to publishing those findings, a ministry committee approved vaccinating the adolescents, a senior official said.

“The committee gave the green light for vaccinating 12- to 15-year-olds, and this will be possible as of next week,” Nachman Ash, Israel’s pandemic-response coordinator, told Radio 103 FM. “The efficacy of the vaccine outweighs the risk.”

A U.S. Centers for Disease Control and Prevention advisory group last month recommended further study of the possibility of a link between myocarditis and mRNA vaccines, which include those from Pfizer and Moderna Inc.

CDC monitoring systems had not found more cases than would be expected in the population, but the advisory group said in a statement that members felt healthcare providers should be made aware of reports of a “potential adverse event.”

Israel has been a world leader in its vaccination rollout.

With COVID-19 infections down to just a handful a day and total active cases at just 340 across the country, the economy has fully opened, though restrictions remain on incoming tourism.

About 55% of Israel’s population has already been vaccinated. As of Tuesday, restrictions on social distancing and the need for special green vaccination passes to enter certain restaurants and venues were scrapped.

The European Commission on Friday authorized Pfizer-BioNTech’s COVID-19 vaccine for use in children as young as 12, paving the way for a broader roll-out in the bloc after similar clearances in the United States and Canada.

* Italy on May 31 approved extending the use of the Pfizer-BioNTech vaccine to 12-15 year olds.

* Germany plans to offer a first shot to children aged 12-16 from June 7, while Poland would offer shots to those aged 12-15 the same day.

* France could begin innoculating teens aged 16-18 by June, with 12-15-year-olds receiving shots at the start of the school year.

* Estonia could start vaccinating teenagers by the autumn, public broadcaster ERR reported, citing the head of the government’s COVID-19 council.

* Austria aims to have over 340,000 children aged 12-15 vaccinated by the end of August, according to news site Vindobona.

* Pfizer said in mid-May it was seeking British approval to use its vaccine for 12-15-year-olds.

* Norway may consider the Pfizer vaccine for children who have a high risk of becoming seriously ill with COVID-19, VG newspaper reported.

* Switzerland’s health watchdog said in early May Pfizer had sought approval for its shot in children aged 12-15.

* Israel expanded its vaccination drive to 16-18 year-olds in January, and is this week set to rule on approving shots for those aged 12-15.

* Dubai said on June 1 it had started offering the Pfizer-BioNTech vaccine to 12-15-year-olds, after the United Arab Emirates approved the shot for emergency use for the same age group in mid-May.

* Singapore opened up its vaccination programme to adolescents aged 12-18 from June 1.

* Japan on May 28 approved the use of Pfizer‘s vaccine for those aged 12 and above.

* The Philippines on May 26 decided to allow the Pfizer-BioNTech’s vaccine for emergency use in children aged 12-15.

* Chile on May 31 approved use of Pfizer-BioNTech’s vaccine for 12-16-year-olds.

* U.S. states began inoculate young adolescents in mid-May after its Centers for Disease Control and Prevention approved Pfizer‘s shot for those aged 12-15.

* Canada in early May approved use of Pfizer‘s vaccine for use in children aged 12-15.

The twin sisters who want to be national football teammates

Top 5 places for a honeymoon trip