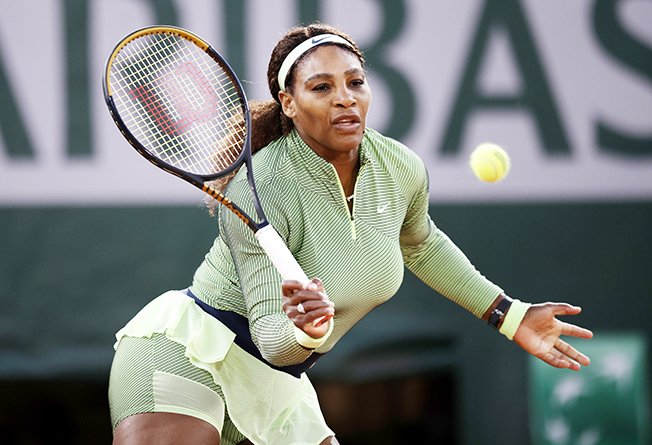 The American won her last major at the 2017 Australian Open

Seventh seed Serena Williams is back in action on day four of the French Open, where she takes on unseeded Romanian Mihaela Buzarnescu in the second round.

Williams, who is chasing an elusive 24th Grand Slam singles title, won her last major at the 2017 Australian Open.

The 39-year-old beat Irina-Camelia Begu 7-6(6) 6-2 in the first round, while Buzarnescu, whose best finish at a slam was reaching the last 16 at Roland Garros in 2018, also came through in straight sets against Arantxa Rus of the Netherlands.

“We know each other quite well,” Sabalenka said of Sasnovich. “We’ve played against each other and we have been growing together.

“She’s a great player, good girl. Her game, her style is a little bit tricky. She likes to use all these dropshots, spin, slices, different variations. It’s never easy to play her.”

In the men’s draw, second seed Daniil Medvedev will look to build on his morale-boosting first-round victory when he takes on unseeded American Tommy Paul for the first time in his career.

Medvedev had never won a match at Roland Garros in four attempts prior to his 6-3 6-3 7-5 win over Alexander Bublik on Sunday, but the Russian now seeks to make it two in a row against Paul, who has also never reached the third round.

Five ways to take sewing projects from home-made to pro