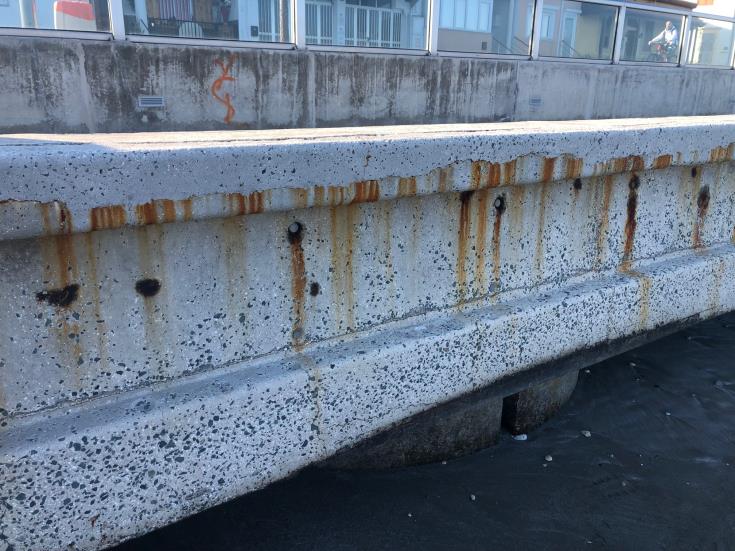 Experts have suggested replacing the concrete along Piale Pasha in Larnaca following a partial collapse due to erosion, Mayor Andreas Vyras said on Wednesday.

Vyras finally said that the municipality will soon invite tenders for the repair works, which should be ready by the end of June.

The revamped Piale Pasha promenade was handed over by the public works department in 2015, and included a lower level built to protect pedestrians from the sea, especially during storms and bad weather.

Larnaca mayor Andreas Vyras told the Cyprus News Agency that the concrete on that lower part has eroded.

“Despite the fact the project was completed by the public works department, the specific part has been under the care of Larnaca municipality,” he said.

According to Vyras, civil engineers from the public works department detected the problem last winter and immediately notified the municipality so that they could look into it.

The studies shows that the concrete block used for the protective lower level had become detached from the rest of the structure, succumbing to constant pressure from waves that ripped it from its anchoring points, he explained.

The problem was detected about 700m away from the Mediaeval Castle, Vyras added. “Since 77 per cent of the promenade is right on the coast, waves often crash over the protective wall”.

The experts suggested that the only solution would be to replace the concrete block with a new one and to add more anchors, meaning the metal levers used to screw the block to the wall, the mayor said.

This will distribute pressure on the anchors more evenly, making the structure more resilient.

Police: rise in distribution of sexual material through social media by minors

Cyclist, aged 15, injured after being hit by car