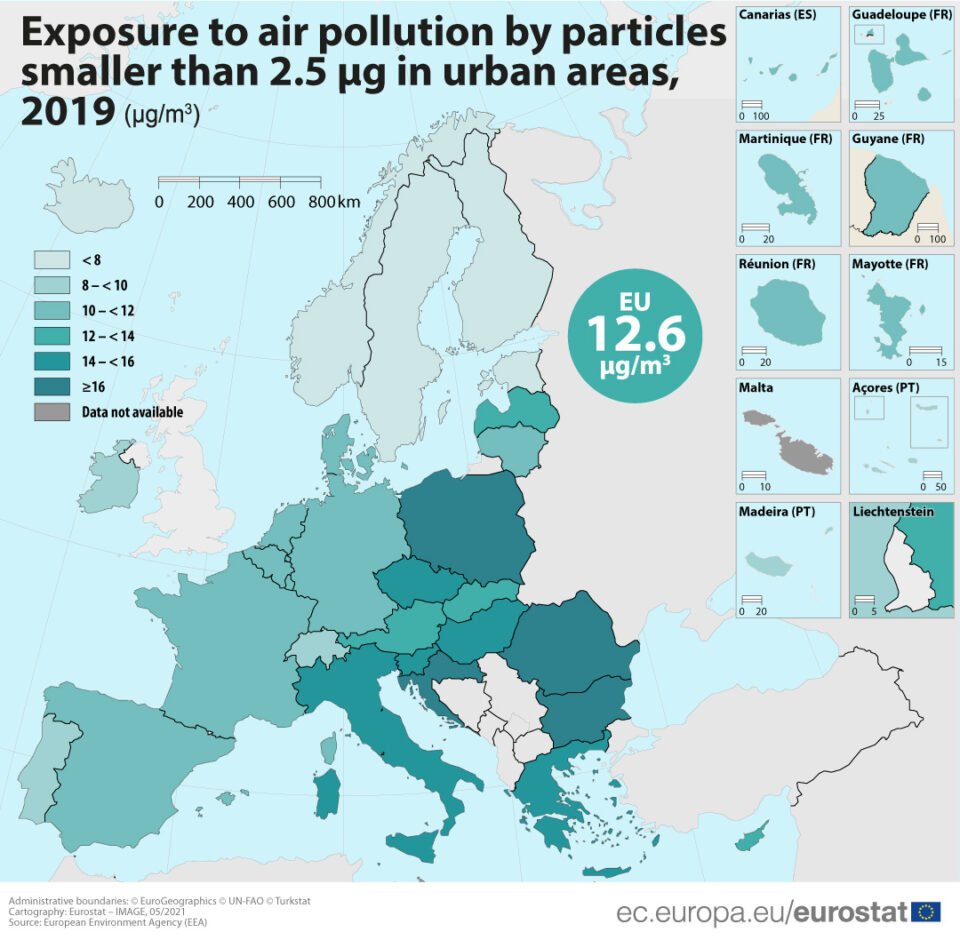 The mean concentration of fine particles (PM2.5) in urban areas in Cyprus stands at 13.8 μg/m3, slightly above the EU average, according to a Eurostat report for the year 2019 published on Thursday.

Despite some progress, more needs to be done, Green Party president Charalambos Theopemptou said when asked to comment on the report.

Pollutants such as fine particulate matter suspended in the air reduce people’s life expectancy and perception of well-being, while they can also lead to or aggravate many chronic and acute respiratory and cardiovascular diseases, it added.

Despite the gradual decrease in the recent years, both in Cyprus and at EU level, of air pollution in 2019 still remained above the standard recommended by the WHO of 10 μg/m3.

The report only tells one side of the problem, said Theopemptou.

“The number of premature deaths attributed to bad air quality is the most pressing issue,” he told the Cyprus Mail.

According to Theopemptou, who cited a studied carried out by the European Union on the topic released in 2018, in Cyprus 600 to 800 people die prematurely due to the bad quality of the air they breathe.

“That effectively means that every day two people die prematurely because of bad air quality, which is unacceptable and worrying,” he said.

“It’s not just a matter of breathing bad air, people are actually dying because of this, it’s a concrete and tangible issue that has a strong impact on our society.

“The effects and the consequences of bad air quality can be measured on the people’s health,” he added.

Theopemptou also said that the worst air quality in the island is in Nicosia, where the issue of heavy traffic on the streets has been on the government’s agenda for several years.

“In fact, during last year’s heavy lockdown in spring, the air quality in Nicosia was calculated to be six times better than in previous years during the same months.

“This is definitely due to the heavy traffic in the capital, to the point that during rush hour in the mornings at late in the afternoons, when people leave for and return from work, the air quality in Nicosia is much worse that at other times of the day,” Theopemptou said.