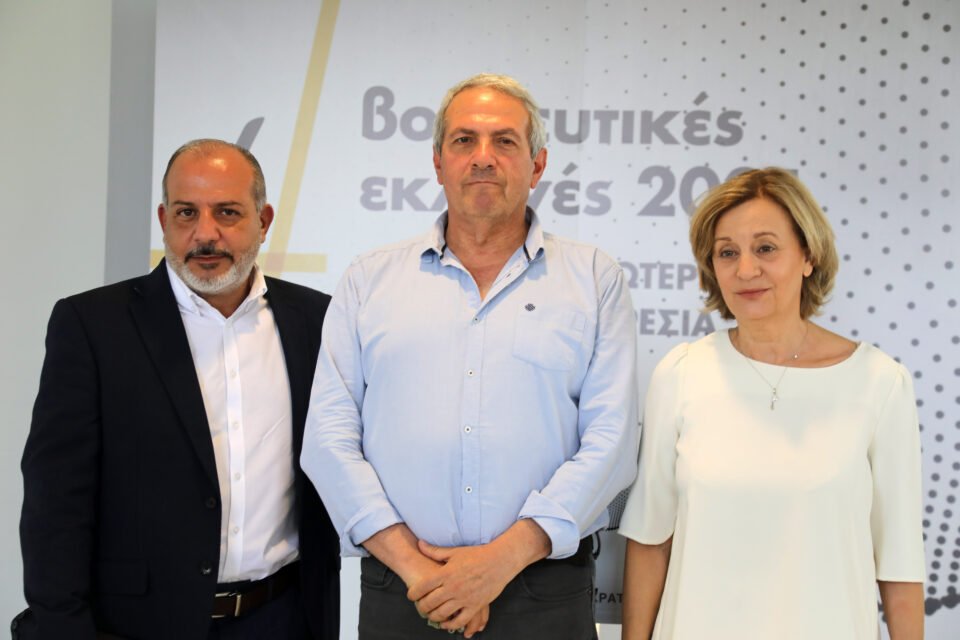 Twenty incoming MPs who will be sworn in on Thursday said they hope the new parliament will not just serve the interests of individuals and political parties and will also embrace the digital age.

Out of the 56 seats at the parliament up for grabs in the May 30 elections, 36 went to people who will be serving their second or third term, while 20 are new members.

Disy and Akel have five new MPs each, Diko four, two from Dipa and the Greens while Edek and Elam each have one new member in parliament.

Of the new MPs, four are women.

Responding to a question set by the Cyprus News Agency regarding what they did not like until now in parliament and what new ideas they want to bring in, the new MPs mainly focused on corruption and the golden passport scheme which has become linked with the former House president Demetris Syllouris.

A similar response came from Dipa’s MP Alekos Trifonides who also mentioned the Al Jazeera video that led to the scrapping of the citizenship by investment scheme, as having affected people’s trust in politicians. Trifonides said he will work towards implementing horizontal voting, the establishment of an anti-corruption authority, an effective system obliging politically exposed persons (PEPs) to explain and justify their sources of wealth (Pothen Esches) and the immediate introduction of legislative frameworks on lobbying.

Trifonides also mentioned the need for digital transformation in modernising parliament, a move that was stressed by Green’s MP Alexandra Attalidou. Attalidou, who previously served in the European Parliament, said that law proposals should also be examined more thoroughly by parliamentarians before they are approved by cabinet.

In Limassol, Disy’s MP Nikos Sykas said “time is money” and stressed the need to adopt clear time schedules for the discussion of bill proposals based on their importance. Marina Nicolaou, who is serving her first term as an MP with Akel, criticised former House sessions claiming they all too often took place without the presence of all the members.

Stavros Papadouris, the first Green MP in Limassol, spoke about parliamentarians serving the interest of the political parties they represent even if they disagreed with certain positions. Papadouris said that every MP “is responsible for his actions and his works”.

In Larnaca, Disy’s MP Prodromos Alabritis said “we are missing vision and unity” and that the party aims to “to implement in practice policies that improve the quality of life of citizens” including the implementation of a new model of economic development.

Edek’s MP Andreas Apostolou pledged to stay away from political conflicts and focus on actions instead of words, while Elam’s MP Soteris Ioannou reiterated that former parliamentarians focused on serving the interest of political parties instead of their independent positions. This acted as an obstacle to promoting proposals that will benefit society.

The need for a user-friendly website where the public can be informed about the issues discussed in parliament was highlighted by Akel’s MP Giorgos Koukoumas.

Diko’s MP Christos Senekis said that the former parliament took wrong decisions due to the pressure and gave the example of the suspension of loan instalments in March last year.

Disy’s new Paphos MP Charalambos Pazaros expressed the hope that the new MPs will find solutions to long-standing issues. He said bills related to health and education must be examined much faster.

Akel’s MP Valentinos Fakontis said more importance should be given in the relationship between the public and parliamentarians by using new technologies and social media to transfer law proposals in simpler wording.

Also based in Paphos, Diko’s MP Chrysanthos Savvides spoke of radical changes in parliament, by digitalising processes. He added that parliament must have a legal counsel to avoid approving bill proposals that later prove unconstitutional.

In many cases, parliamentarians were unaware of what they were voting for, Savvides said.

Many MPs were not properly prepared nor showed the necessary interest, Kerynia based Disy MP Rita Theodorou Superman said.

Akel’s MP for Kyrenia Christos Christofias said MPs must be close to the people and expressed hope that the new parliament will discuss issues seriously and be guided by public interest.