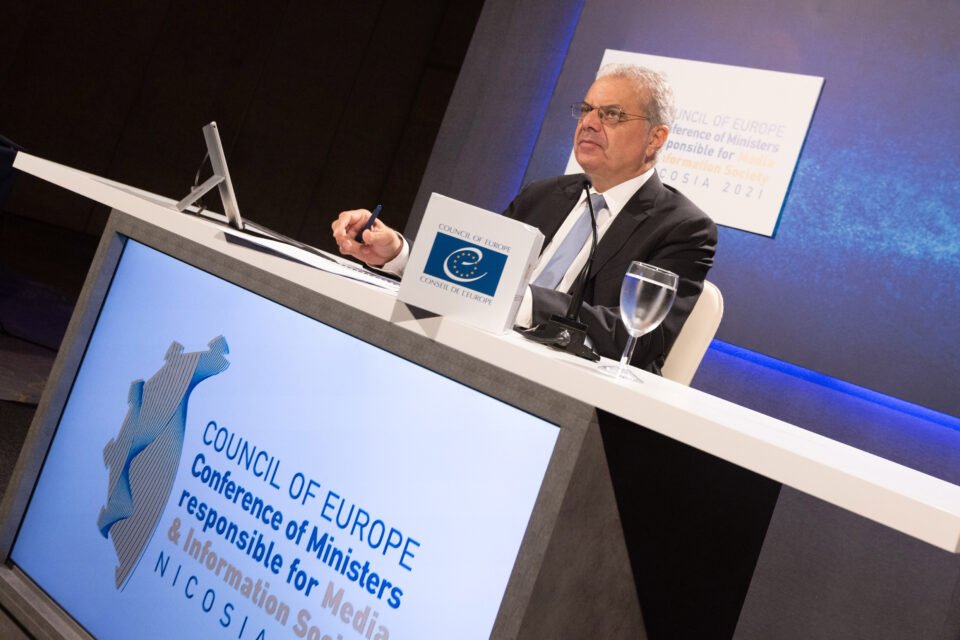 President Nicos Anastasiades on Thursday stressed the need to ensure freedom of speech but also to present correct, factual information in the ever-changing environment of social media and artificial intelligence that has led to the proliferation of fake news and misinformation.

He was addressing an online conference for Council of Europe ministers responsible for media and information society, hosted by Cyprus. Its theme is “Artificial Intelligence-Intelligent Politics: Challenges and Opportunities for Media and Democracy.”

The president said that technological advancements in the last two decades, and the transformation they have brought about, have resulted in unprecedented political, economic and cultural globalisation and connectivity.

“In the digital era, everything is happening at lightning speed, whereas social media platforms have utterly transformed the world of journalism,” he added. “In this respect, whether we like it or not, Artificial Intelligence (AI) is here to stay. While its benefits may be multiple, its presence raises legal, ethical, as well as policy and economic complexities.”

On the one hand, he said, AI may enable broader, quicker and more targeted means of sharing information and ideas globally, but it may also interfere with the formation and development of opinions, access to information and other fundamental aspects of individual autonomy.

“Such a development has opened up the prospect of misinformation at an enormous pace and scale. Anyone can publish or post an opinion or perspective, regardless of whether it is true or false, and have that opinion amplified within the information marketplace,” he said.

Misinformation, disinformation and propaganda are now happening on a massive scale in a world increasingly living a social media existence, he added.

“Hence, we need to reflect on the various challenges posed by integrating AI technologies into journalism, particularly as regards the field of ethics and its wider implications on our society.”

As reliance on AI grows in today’s information environment, it also remains critical to address its impact on the exercise of freedom of expression which is a core element of any democratic society and a pluralistic media based on freedom of information and opinion.

The president also referred to a rise in violence against journalists, illegal arrests, online threats, harassment, intimidation, kidnapping, and even murders.

“Last year’s cases illustrate that the lack of safety and integrity for people who provide us with news and information does not have frontiers,” he said.

He called for the need to create safe working conditions for all media workers so that they may continue practising their profession safely and independently.

The president also referred to the pandemic crisis, during which “journalists assumed the most important role in communicating facts about Covid-19, having at the same time to deal with great professional challenges and difficulties, ranging from health safety matters, to the pandemic’s severe economic consequences and to dealing with misinformation.”

“Fake news, conspiracy theorists and anti-vaccine campaigners have spread confusion all these months in relation to health risks, based, always, unfortunately, on unfounded claims,” he said.

Correct and factual information was – and still is – a key to tackling this virus, and the media industry remains the main source of reliable information, Anastasiades added.

Cyprus is represented by Interior Minister Nicos Nouris, who, along with director general of Human Rights and the Rule of Law of the Council of Europe, Christos Giakoumopoulos, will present the conclusions of the conference.