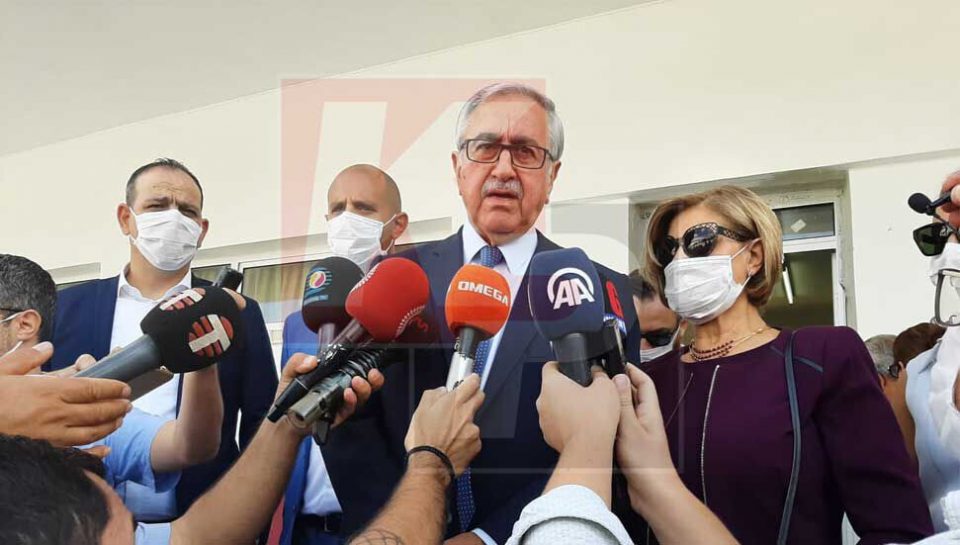 An investigation on allegations of Turkey’s interference in the 2020 elections for the Turkish Cypriot leader has revealed alarming details of the pressure put on incumbent Mustafa Akinci, as well as other candidates and journalists, according to Turkish Cypriot journalist Esra Aygin.

In a blog post uploaded on Thursday evening, Aygin, who herself has been the target of pressure by the new Turkish Cypriot regime, called the revelations of threats, pressures, and blackmail, “shocking”.

Aygin said a report by a team of civil society representatives, lawyers and researchers had outlined “blatant interference by Ankara” in favour of hardliner Ersin Tatar who ousted Akinci with 51.69 per cent of the vote.

Since his election, Tatar has switched the Turkish Cypriot side’s position from a federal solution, pursued by Akinci, to a two-state settlement in line with Ankara’s position.

According to Aygin, Akinci told the rapporteurs in the investigation that a team from Turkish Intelligence Agency MIT, directed the elections on behalf of Tatar. Akinci’s private secretary Cenk Gurcag was invited to meet with the MIT officials. According to the report, the MIT officials told Gurcag:  “The enemy is at the door. We need people, who love Turkey, who will not betray Turkey, who will cooperate with Turkey, to lead this place. We don’t want Akinci here. He will not win. We will make sure he doesn’t win. Even if he does, nothing will be the same. We know everything about the people close to him. We know every breath they take…”

The MIT official continued: “I urge you to convey to Akinci. It will be the best for him, his family, and his close colleagues to withdraw his candidacy. Tell him to announce this on Facebook tonight. We come from the very top. Nobody and nothing is more important than Turkey’s survival.”

Aygin reports that once Akinci found out, he summoned Turkey’s ambassador but he declined, saying he had orders from Ankara. He reportedly told Akinci that the incumbent’s positions did not align with Turkey’s.

Reportedly, in another effort to remove Akinci from the race, Turkish President Tayyip Erdogan encouraged right-wing parties to agree on a joint candidate to help oust Akinci. The gap between the pair was evident in public with barbs being exchanged on a regular basis for some time leading up to the election in the north. They had even clashed on Turkey’s actions in Syria.

According to Aygin, journalist and head of Turkish Cypriot Journalists Union BASIN-SEN Ali Kismir, told the investigators that he was invited to meet with a team from Turkey. “They told me they were the ambassadors of the Republic of Turkey,” Kismir is quoted as saying in the report.

The team told Kismir: “We are here to make sure Akinci is not elected. He will not be elected. This man is a US agent. This man is an enemy of Turkey. This man is cooperating with the Greek Cypriots.”

Kismir was also told to convey this message to Akinci: “If Akinci is elected he will have very bad things happen to him. So he should withdraw, buy his ticket and fuck off to the United States. We know that he has a Greek son-in-law. We know what his daughter is up to… For the sake of the future of Turkey and the TRNC, Akinci should not be elected. If he is elected very bad things will happen. Something will happen to him. We don’t know what that might be. He is only symbolically sitting there anyway. His mandate is over.”

Kismir was also told there was a ‘list’ of the enemies of Turkey being made for after the elections but he was told his name would be removed if he withdrew his support for Akinci, according to Aygin. Around 50 journalists were reportedly put on notice in the same manner and several others who were interviewed had similar stories to tell.