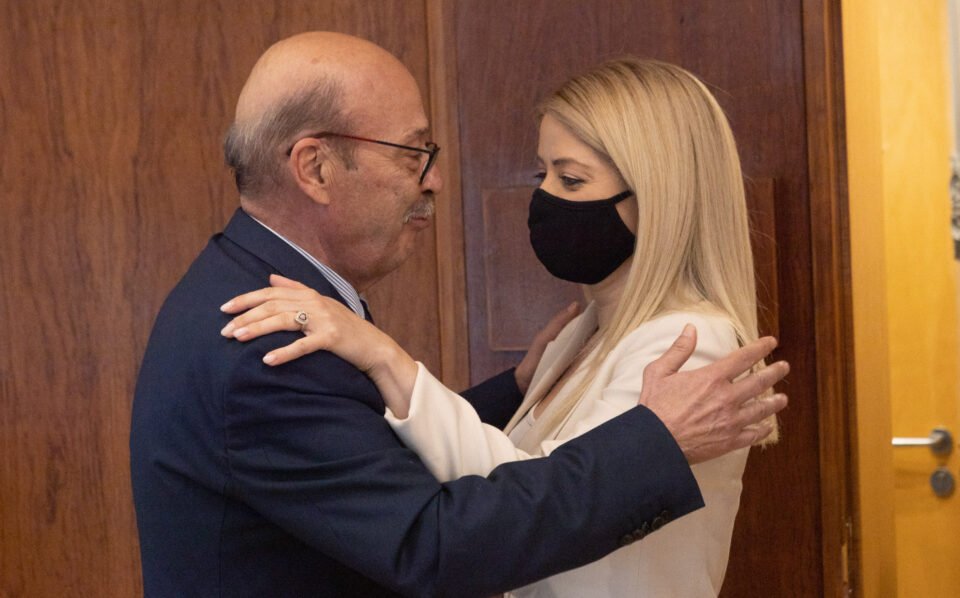 The House of Representatives elected its first ever female President on Thursday – Disy Vice President and Larnaca deputy Annita Demetriou. It is the first time a woman will occupy the second-highest post in the state hierarchy, taking over as acting president when the president is out of the country.

Her election ended days of continuous speculation about party horse-trading and secret deals none of which were evident during Thursday’s vote. She passed the minimum requirement of 22 votes in second round of voting, taking 25; apart from Disy, she was backed by Elam and Dipa in the second round.

This was also the first time that a Disy member was elected House president since the establishment of the party 45 years ago. As a result of alliances between the smaller parties Disy had never been able to elect one of its deputies despite having the biggest number of seats. The House presidency has been held by men from Diko (four), Akel (two), Edek (two) and Solidarity (one), which failed to win a seat on May 30, so it was fitting Disy finally got its break with a woman.

There was a sense that parties did not object to the idea of a woman taking over the presidency, even though they did not all vote for her. In fact, we could speculate that the reason there was no wheeler-dealing among the parties and each one proposed its own candidate, despite having no chance of winning, was because the idea of a female House president appealed to them. Neither Akel nor Diko could have voted for Demetriou, but with their stance, they assisted her election.

Although her parliamentary experience extends to one term, in her fiver years in the House Demetriou has come across as a moderate, measured and sensible deputy, who has avoided the populism that so many of her colleagues embrace. We are certain she will bring all these qualities, which are essential for a House President, to her new job, putting aside her party affiliation and acting with the impartiality expected from the number two in the state hierarchy.

After the fiasco of Demetris Syllouris, whose unseemly behaviour, caught on video, brought the legislature into disrepute, Demetriou’s first task will be to restore the standing and credibility of the House presidency, followed by the legislature, which also desperately needs an improvement of its reputation in the eyes of the public. We wish her a successful term.