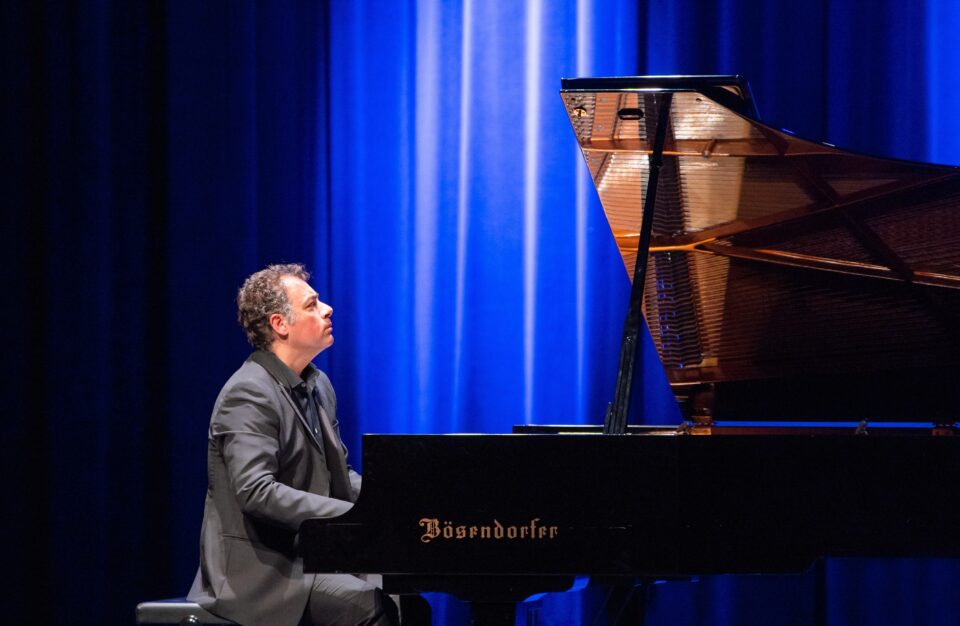 June 21 is a special day for many reasons. It is International Yoga Day and the Summer Solstice but also World Music Day. With three different reasons to celebrate, there are bound to be a variety of events on around the island and a somewhat unique performance to rejoice in all things music and more is coming to Limassol’s Rialto Theatre.

World Music Day was first established in 1982 and is celebrated across Europe.

Featuring world-renowned singer Vakia Stavrou in a multicultural repertoire from across the globe, a special performance will take place at Rialto on June 21 accompanied by acclaimed pianist Manolis Neofytou.

Stavrou, originally from Cyprus, is an internationally acclaimed singer and songwriter, based in Paris, France. After finishing her music studies at the Prague Conservatory, she pursued a career in the music industry and made an important debut after being signed by SONY Music in Athens, Greece. Her own composition Sozinha, which she recorded in Portuguese, rapidly became a major hit in Greece soon after the release of her first album and not long after, in many countries in Europe and Latin America.

She has been described as “a breath-taking voice that moves the audiences at once” or even “a highly sophisticated and enchanting artist, that makes one hear the vast beauty of her voice”. Her ongoing projects include an upcoming recording of her new album in Paris and concerts all over Europe.

Accompanying her on stage on the night, Neophytou doesn’t fall behind. He performed his first solo recital at the age of 11, just before he entered Moscow’s Central Special State Music School. He represented Cyprus at the Eurovision Classical Contests in Brussels (1992), Warsaw (1994) and Lisbon (1996), after winning the Cyprus National Competitions.

Homage to Greek Music is the title of his first CD, which received a very good review from Mikis Theodorakis. He has also written music for the documentary film by Alessia de Ninno, which awarded at the National Film Theatre of London. He teaches piano at Arte Academy of Music, European University of Cyprus and in the state music school in Limassol. This June 21, the two acclaimed Cypriot musicians join forces to entertain Limassol audiences and celebrate music.