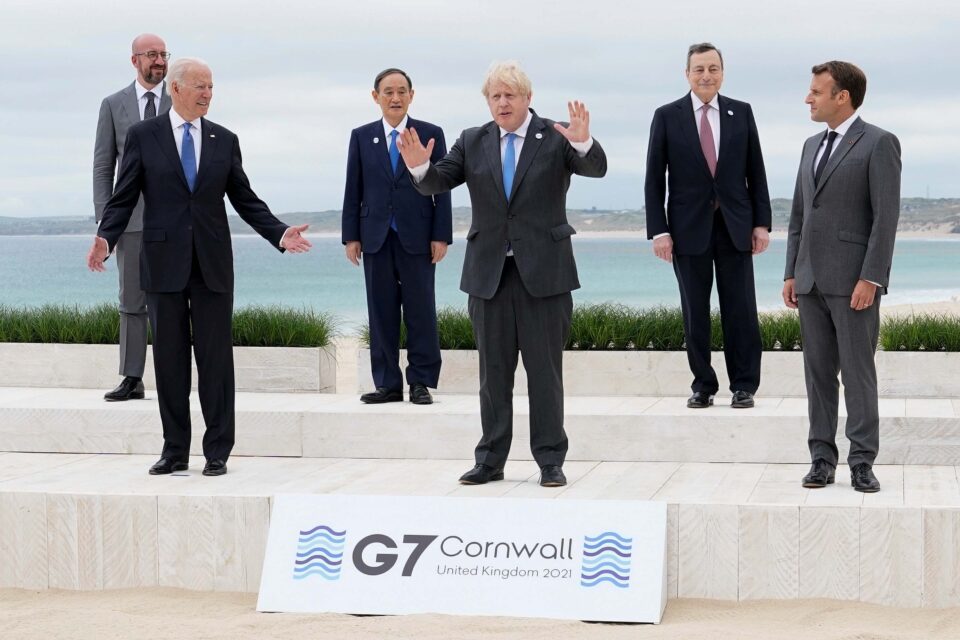 Last week saw the G7 agree on a set of ground-breaking reforms to the international tax system. This was met with some scepticism in Cyprus as well as other jurisdictions like Ireland where the headline corporate tax rate is low relative to other EU member states. So, what does it mean for Cyprus and should we feel threated by this change if and when implemented?

To answer this question, we need to better understand the size of Foreign Direct Investment (FDI) to Cyprus. Historically, policymakers and politicians on the island extoll the virtues of FDI. The usual explanation is that Cyprus is brilliant at attracting foreign investors and that low corporate tax (CT) rates and other factors are integral to this success. The emphasis almost always tends to be on the CT rate, even though this is just one of the many factors international businesses assess when considering where to invest.

What are these foreign investments?

A closer look at the latest data released by the Central Bank of Cyprus shows the extent and distribution of the FDI across different sectors of the Cyprus economy. Specifically, the table shows us that the inflow of FDI stock in Cyprus (i.e. accumulated inward FDI) is around the €400 billion mark, or almost half a million euros per person, predominantly focused on financial services, transportation and the property market. This therefore supports the argument that Cyprus is good at attracting foreign investments to the island.

Stock of inward FDI to Cyprus

But the devil lies in the details…

However, the FDI figures mentioned above include transactions from Special Purpose Entities (SPEs). According to the Central Bank’s definition, which follows international norms, SPE’s are entities with virtually no or little physical presence and employment in Cyprus. They are typically established for activities like intrafirm financing, to manage intangible assets and to carry out holding activities often with the intention to minimise a multinational’s global tax bill. It is precisely these types of entities and transactions the G7 tax agreement targets—those that are officially classified as FDI which in reality don’t increase or transfer jobs or technology to the host country’s capital stock. This is not a Cyprus specific phenomenon. Within the European Union for example, Luxembourg hosts as much FDI as the US—the world’s largest economy—and more than China—the world’s second largest economy with much of these numbers inflated by SPEs.

The IMF classifies SPE-related FDI transactions as ‘phantom’ as they do not contribute to the real economy relative to a situation where a true physical presence is established.

So, what happens to the FDI figures once these are adjusted for SPEs? As shown in the table below, our conclusions change dramatically as the recorded inflow of FDI stock is lower by a factor of around 10 or around Euro 40K per citizen. This suggests that the overwhelming majority of FDI to Cyprus, using the IMF’s wording, is phantom.

Stock of inward FDI to Cyprus, adjusted for SPEs

The conclusions from the above is also consistent with a more specific concept of FDI, that of greenfield investments (GI). GI are those which involve the setting up of a physical presence in a host country thereby adding to the capital stock, creating jobs, and transferring much needed technology. It is precisely these activities that generate the positive spill-over effects for the economy.

On this measure, Cyprus’s performance is significantly poorer relative to the broader FDI measure, which includes SPEs. Focusing on 2019, for example, Cyprus records around 100 per cent of its GDP as an FDI inflow. However, focusing on GI, the inflow is about 1 per cent of the headline FDI figure. Admittedly, GI figures are notoriously difficult to estimate, but the figures show that accumulated FDI inflows to Cyprus excluding SPEs are not remotely high as the headline figures suggest. In a nutshell, Cyprus is poor at attracting the non-phantom type of FDI, which is precisely the type we should aim for.

There is however, a silver lining

Should Cyprus therefore feel threatened by the G7 developments, particularly in view of the reliance on SPEs? No. Cyprus is one of the few countries in the world that is a member of the world’s largest Single Market, the European Union. It therefore has preferential access to the world’s most sophisticated businesses and consumers.

More importantly, Cyprus is probably one of the best placed countries in the world—with access to tools resources and know-how—to reduce its reliance on SPEs and adapt to changes in the international tax landscape. The EU’s NextGeneration funding is a good example of how the EU is supporting its member states to adapt to future challenges.

In addition, the academic literature points out that corporate tax rates are only one of the many factors that international businesses seek out when deciding where to expand their operations. Other factors, that are, in aggregate more important making the decision of where to invest, include the quality of life, the availability of skills, technology levels and innovation capacity, levels of corruption, trade and investment cost, access to other markets, depth of domestic capital markets, all of which are areas Cyprus needs to focus on in the future.

We should not fear change—instead we should shape our future

One of the lesser known quotes of John F Kennedy’s is the following: “Change is the law of life. And those who look only to the past or present are certain to miss the future”. International and national events show that tax systems which “race to the bottom” are falling out of favour. This is particularly evident within at the level of G7 and, in particular, within the EU.

So, the real question we should ask ourselves is: do we want to change or are we afraid of change?

Barret Kupelian is a Cypriot consultant economist based in London, UK. Twitter: @barretk