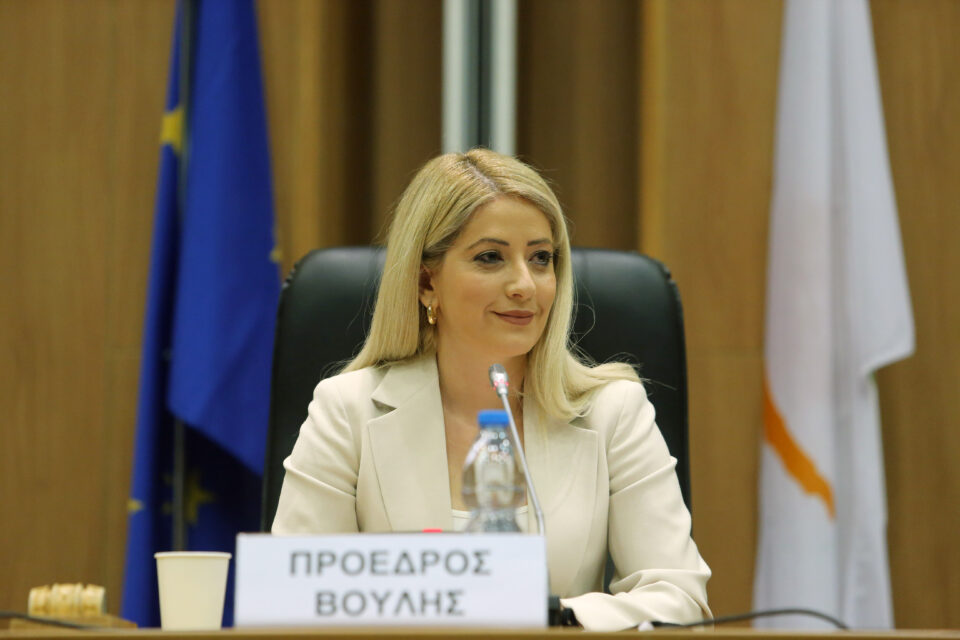 CONGRATULATIONS to Annita Demetriou for becoming not only the first woman to become president of the House but also the first Disy deputy. I do not know if she is also the first Larnacan because I suspect Marios Garoyian may have been a Skaliotis as well.

There had been a lot of political wheeler-dealing prior to the vote, with comrade Andros tipped as the favourite, but in the end Garoyian’s Dipa abandoned the prospective alliance because Edek refused to join, and put in his lot with Disy. It would have been a brazen act of ingratitude for Garoyian to go the other way considering how many of his people have been given sinecures by his friend the prez.

The opposition camp, which expected to get its act together in the third round of voting by uniting behind Andros or Junior was left in the lurch as the contest was settled in the second round. Demetriou secured 25 votes (minimum requirement was 22) thanks to the backing of Dipa and Elam. It was a masterful political manoeuvre that froze the opposition benches.

‘Government, extreme right and Dipa on the same course,’ lamented the Akel mouthpiece Haravghi, which tried to make out that Disy had entered an alliance with political Satanists. Elam may have had links with Golden Dawn, but Akel dutifully obeyed the orders of the Soviet communist party for decades.

I CANNOT stop myself admiring Prez Nik’s chutzpah, which he demonstrated in all its glory the day after the investigative committee issued its findings on golden passports.

An advocate of the view that attack is the best form of defence, Nik lashed out against the “devious individuals who exploited the gaps, shortfalls and weaknesses” of the programme, and who should be unable to sleep at night because of their dishonest actions.

I do not know about others but personally after a couple of Scotches I can sleep like a baby. Then again, I have not arranged Cyprus passports for anyone.

I loved the way Nik attributed the blame for the weaknesses and holes in the scheme to past governments equally, for not tackling them. Of course, Nik said he will not hesitate to assume his administration’s share of responsibility but “unfortunately it was an enduring failure on behalf of respective governments to carefully look into the gaps.”

Tassos granted five citizenships, Comrade Tof 228 and Prez Nik 6,546. Surely the government that turned the granting of citizenship into a major industry, kept it running the longest and received censures from the European Commission had a little more responsibility for the enduring failure than the others.

THE INVESTIGATIVE committee may have identified loads of irregularities – 53 per cent of the 6,779 citizenships were granted unlawfully to dependents and one third of the remaining 47 per cent did not meet the criteria – but nobody in the government or state services was to blame in this whitewash.

Those to blame for unlawful decisions and ignoring of criteria, according to the Nikolatos committee, were the investor/applicants, the service providers and mediators. So, these were the guys evaluating the applications and giving their approval while turning a blind eye to irregularities. State officials who processed these were blameless.

There were shortfalls and weaknesses in the whitewash as well. The committee noted that the attorney-general had issued opinions in 2015 and 2016 telling the government that granting citizenships to dependents of investors was unlawful. He was ignored and the practice was legalised only last year.

Whose decision was it for the council of ministers to carry on approving citizenship for dependents, including second wives of Saudi sheiks, after being told by the AG that this was unlawful? Was it the applicants or providers that took these decisions, or perhaps presidential palace cleaning ladies?

If it was the cleaning ladies they must assume their share of the responsibility.

YOU OFTEN wonder to whom the law of Kyproulla actually applies. Last Wednesday the Kato Polemidia municipal council, led by the mayor, broke into an empty property that did not belong to the municipality and announced that the premises would house the municipality.

Had Kato Polemidia declared itself a commune, suspended the principle of private property and began a nationalisation drive? How else could mayor Nicos Anastasiou and his councillors have justified breaking and entering into a property, moving furniture there and declaring it the new municipal building?

Anastasiou dismissed suggestions that he had broken the law, claiming the law would have been broken only if they had taken what did not belong to them. “This building belongs to the local community and was built with their sweat and toil,” he said, which is a rather unorthodox method of claiming property rights. It implies all buildings belong to the construction workers that built them.

The building taken over by Anastasiou and his fellow revolutionaries once housed the Polemidia co-op bank which was wound down years ago and ownership was taken over by the state which became the hapless owner of the Cyprus Co-op Bank that went bust after billions of euro were wasted on unsuccessfully keeping it afloat.

Police have avoided intervening because some forms of law-breaking require sensitive handling.

THE EMPTY co-op building was to house the Famagusta municipality, according to a council of ministers decision, which the Polemidia commune objected to. The commune had laid claim to it in 2019 on the grounds that the existing municipal premises were run down and unsafe for staff but the government went ahead with its plans regardless.

Prez Nik might have felt a tinge of guilt that he blew the chance of Famagusta being returned in 2017 in order not have to share power with the Turks and decided to give Famagustans a building for their municipality in order to shut them up especially since the Turks have decided to open and settle the fenced area of the town.

The cruelty shown by the Polemidia commune towards the Famagustans wanting a building offered to them for itself is quite sickening. Limassol became what it is today because Famagusta was occupied in 74. Polemidia, a dusty village on the outskirts of Limassol that you would not live in if they paid you back in the seventies, has seen real estate prices shoot up because of its closeness to the town that benefited the most economically from the Turkish occupation.

But the Polemidians are not even prepared to give up a building for the Famagustans, the majority of whom quite stupidly rejected the A plan that would have allowed them to return to their own municipal building.

WHAT A great idea it was to cut down to size a few members of the scientific dream team who thought they were untouchable by taking legal action against them for the restrictions they advised the government to implement.

This will not come to anything because ultimately the lockdowns, face masks and safe passes were political decisions and no advisor could be legally culpable for actions in which the executive had the final say. Then again, if an investigative committee is set up to look into the restrictions imposed it could not possibly blame the cabinet, raising the prospect of the dream team members carrying the can.

Not willing to take any risk, members of the team have demanded that the government grant them legal immunity. For now, it has offered to pay their legal costs and any compensation that may be awarded in 10 years’ time when the cases are tried. As long as they wear their face mask and keep their distance they have nothing to fear.

I WAS very worried to find myself agreeing with the lunatic Bishop of Morphou Neophytos after reading his views on genetically-modified tomatoes. Neophytos, a zealous anti-vaxxer, has been encouraging his flock not to get vaccinated. He had not been vaccinated because he did not want to become like a genetically modified product.

One of his pearls of wisdom was the following: “I will not become a mutated product of the new order of things just like the tomatoes we eat year round and which are sick and tasteless. That is how the world will become, sick and tasteless.” He is absolutely right about the tomatoes we eat in the winter months but the question is why do cherry tomatoes have flavour all the year round?

ODYSSEAS followed the Prez’s philosophy that attack is the best form of defence when he appeared before the committee investigating the goings-on at the Cypra slaughterhouse.

Odysseas, who has been accused of promoting Cypra’s interests, taking the role of judge declared that the director of the State Veterinary Services Christodoulos Pipis was “a person of high danger for issues of corruption.” He also told the committee that he had never met a ruder person than Pipis and that he was one of the “most problematic cases of a director” he had ever met.

Has Odysseas now added character evaluation to his many God-given skills?

I WOULD like to apologise if today’s shop came across as sick and tasteless, but I have to admit that on Thursday I had my second jab and I might be on the way to becoming a mutated product, whose brain is controlled by a guy called Bill.