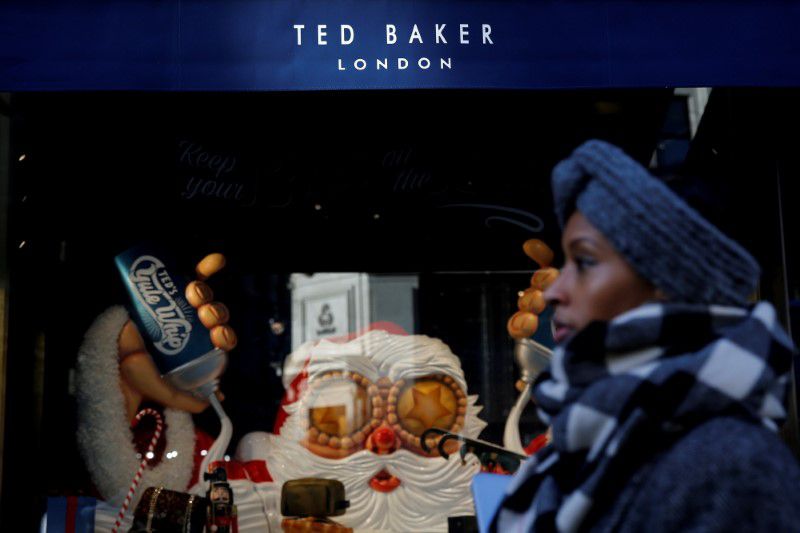 Upmarket retailer Ted Baker said on Monday dresses and suits were back in demand, with Britons rediscovering a taste for formal wear as months of COVID-19 curbs on social life were slowly relaxed.

A lockdown-driven shift to casual wear hammered the fashion retailer’s earnings last year, but its new boss said the performance of Ted Baker stores since their reopening in April was “very pleasing”.

“Most recently we are seeing dresses back to the same level (in the) mix of our business as it was two years ago,” Rachel Osborne told Reuters. “(We) are seeing people coming in for suits, the wedding season is hopefully starting.”

Ted Baker shares were up 1.2 per cent at 0754 GMT after the group reported a 59.2 million pound ($83.53 million) pretax loss for the 12 months to Jan. 30, narrower than the 76 million pound loss forecast by analysts, according to Refinitiv Eikon data.

Osborne, who took over last year, has been working on winning back customers and investor trust after a string of setbacks that followed the departure of previous chief executive and founder Ray Kelvin following misconduct allegations.

Kelvin has denied any wrongdoing.

The company, which cut nearly 1,000 jobs and raised money through a stock issue to get through the crisis, is undergoing a three-year turnaround plan focused on saving 31 million pounds a year.

It also plans to strengthen its online presence, with 11 million pounds earmarked for its e-commerce site’s revamp.

While overall sales slumped by 44 per cent to 352 million pounds in fiscal 2021, online sales leapt 22 per cent, though growth slowed to 4.5 per cent in the first quarter of the current year with fewer discounts and other promotions.

Osborne said the company had also introduced more casual wear, such as joggers and sleepwear, for lockdown times. “All those really took off as a percentage mix of our business that we hadn’t seen pre-COVID.”