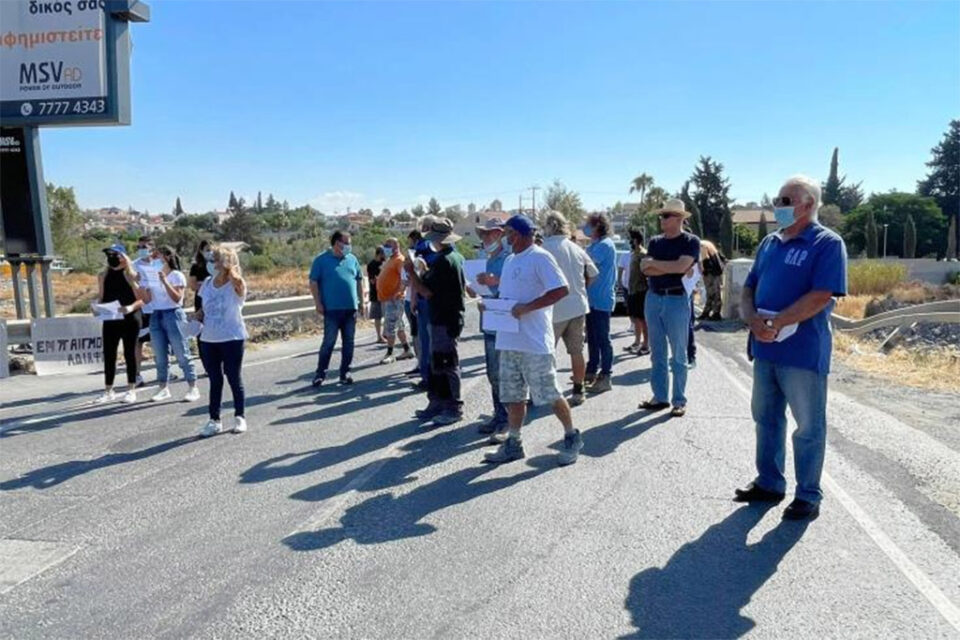 Episkopi residents on Monday briefly blocked off the old Limassol-Paphos road to press the state to move forward on a number of infrastructure projects that have been pending for years.

The demonstrators handed out leaflets to drivers about the problems facing their community including collecting a spectators’ fee for performances at Curium amphitheatre, repairing the old Limassol-Paphos road, a study on erosion of Curium beach, compensation for the desalination works, the construction of pavements, provision of electricity to plots of land given to refugees and widening the road giving access to the Limassol-Paphos highway.

Community leader Lefkios Prodromou said there were about 10 projects pending for several years, some of them since 2000.

“We are the poor relatives of the countryside. Enough. We are a community of 5,000 people, and I cannot understand why this delay from state authorities,” he said.

Promises should not be just empty words, he added and warned of more dynamic action if there was no response within the next month.