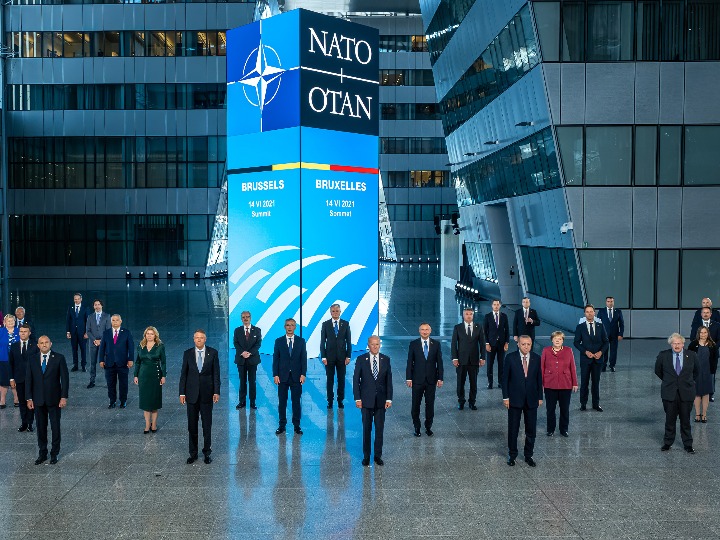 Leaders of the North Atlantic Treaty Organization (NATO) pose for a group photo during a NATO summit at NATO headquarters in Brussels, Belgium, on June 14, 2021. (NATO/Handout via Xinhua)

The Chinese Mission to the European Union (EU) on Monday rejected NATO’s claim of presenting “systemic challenges,” saying it is a slander on China’s peaceful development and represents “a continuation of the Cold War mentality and bloc politics.”

In a statement, a spokesperson for the Chinese mission said China is committed to a defense policy “that is defensive in nature,” and its pursuit of defense and military modernization is “justified, reasonable, open and transparent.”

China’s defense budget in 2021, said the spokesperson, is about 209 billion U.S. dollars, or only 1.3 percent of its GDP, even less than NATO’s minimum 2 percent criteria.

When it comes to nuclear power, the number of Chinese nuclear weapons is “by no means in the same league” with NATO member states such as the United States, the spokesperson noted, citing reports from Swedish and U.S. think tanks.

“I would like to ask whether NATO and its member states, which are striving for “peace, security and stability,” can make the same commitment as China?” asked the spokesperson.

The spokesperson urged the military alliance to view China’s development in a rational manner, stop hyping up in any form the so-called “China threat”, and make earnest efforts in promoting cooperation and maintaining global and regional peace and stability.